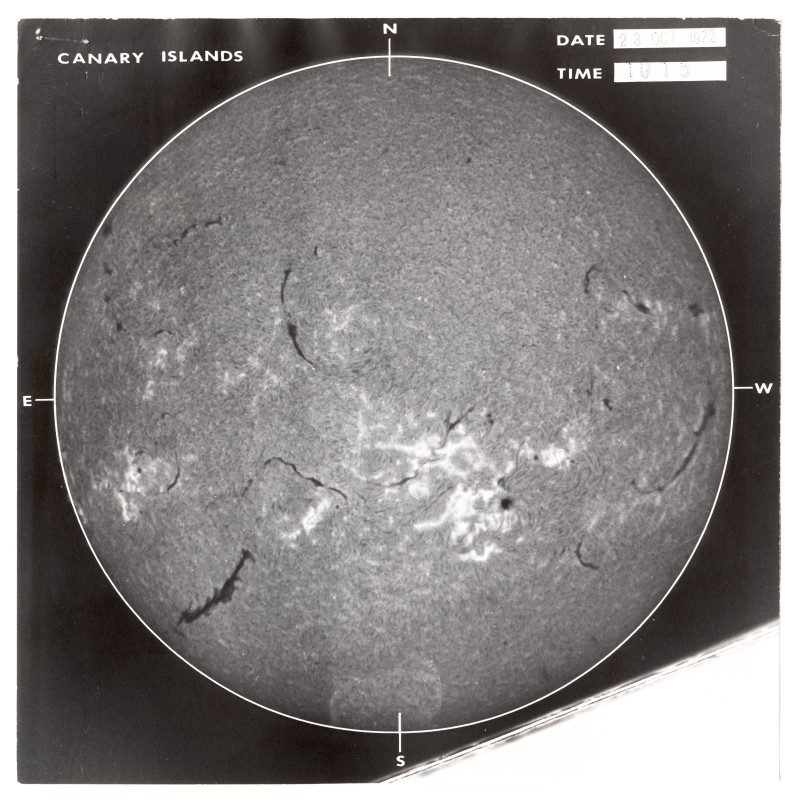 Example Image from Chromosphere_H-Alpha_CanaryIslands series.
These datasets consist of full-disk, daily photographs of the sun taken at the H-alpha wavelength. Collection includes a variety of H-alpha photographic datasets contributed by a number of national and private solar observatories located worldwide. Solar observations in hydrogen-alpha (656.3 nm) reveal the structure and dynamics of chromospheric features including prominences, filaments, plague, filaments and the chromospheric network. The date range of this data is misleading. We have only one month in 1972 which these images were obtained with a Razdow telescope at a NASA tracking station (Apollo program) at Maspalomas in the south of the nearby island of Gran Canarias The data from 1996 - 2004 is from the Kiepenhever-Institut, Freiburg.
Dataset Citation
Cite this dataset when used as a source.
Dataset Identifiers
ISO 19115-2 Metadata
gov.noaa.ngdc.stp.solar_imagery:Chromosphere_H-Alpha_CanaryIslands
Full Text · XML
Last Modified: 2016-12-27
For questions about the information on this page, please email: Karen.E.Horan@noaa.gov