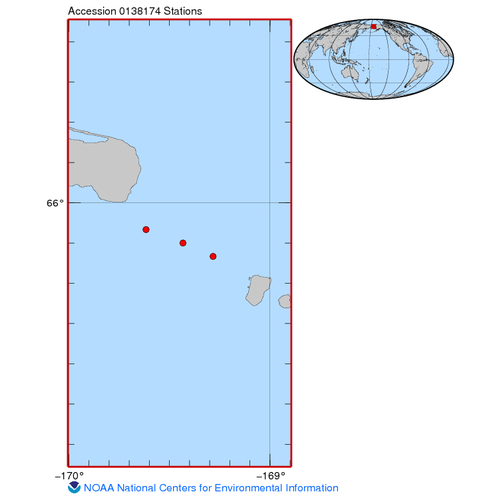 Preview graphic
This is an archive of data from US moorings deployed in the Russian Channel of the Bering Strait from summer 2010 to summer 2012. The deployments were designed to be one year long (from summer 2010 to summer 2011), however clearance issues made it impossible to recover the moorings in summer 2011, and they remained in the water until recovery in August 2012. The extra-long deployment degrades data quality due to biofouling and battery issues. UW personnel were not included in the recovery operation, so little information is available re fouling, and no post-deployment checks were performed.

Moorings carry a variety of instruments, listed in the cruise report. All records are year-round, sampling hourly or more frequently (Time Int. in table below). Only two instruments (the SBE37s) ran until recovery in 2012 - the others have shorter records as detailed below. Data from instruments marked with * are not included in this archive. For access to those data, please contact the named PI.

The 2010 Cruise report and available notes from the 2012 recoveries are included in this archive.
Dataset Citation
Dataset Identifiers
ISO 19115-2 Metadata
gov.noaa.nodc:0138174
Full Text · XML
Last Modified: 2020-06-15T21:55:24Z
For questions about the information on this page, please email: ncei.info@noaa.gov