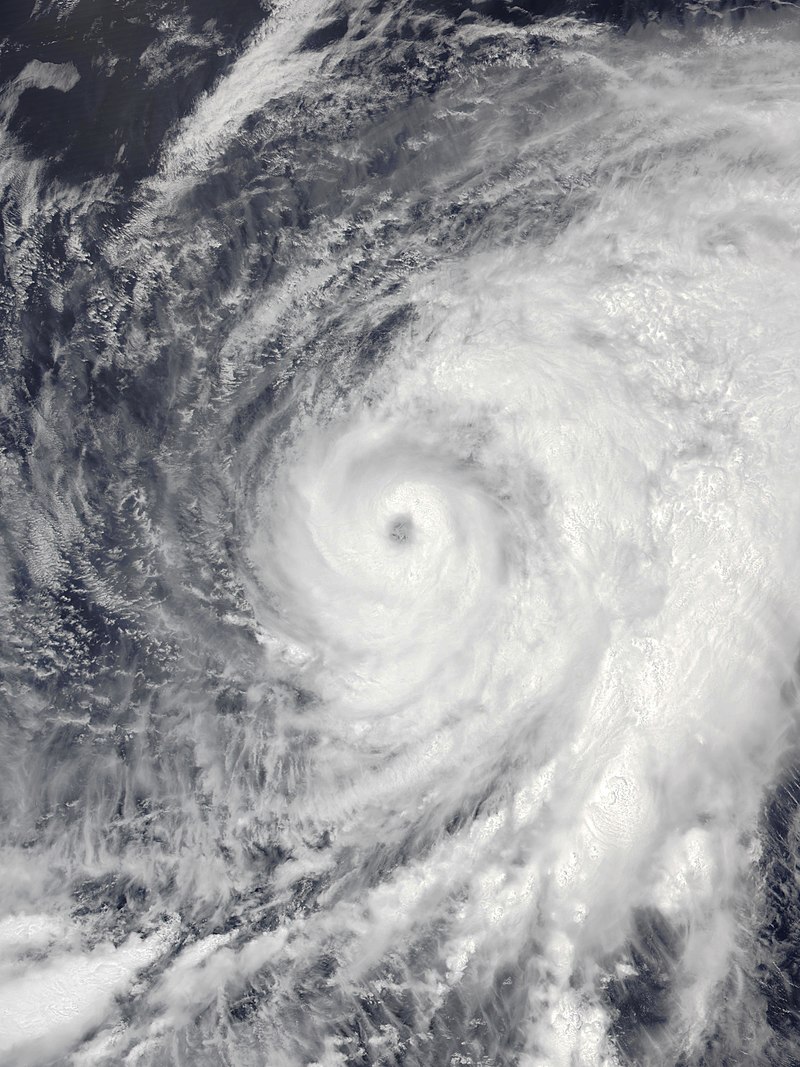 Malakas was the first West Pacific named storm of 2022. It reached category 4 on the Saffir-Simpson hurricane wind scale but remained out to sea with minimal impacts. Shortly after Malakas, a second storm (Tropical Storm Megi) formed near the Philippines. Despite being only a tropical storm, it caused significant rainfall and flooding there. The West Pacific typhoon season is typically most active during May-October. The activity for April and January-April are both above normal despite the lack of storms in January-March. No tropical cyclones developed in the rest of the Northern Hemisphere, which is typical.

The South Indian Ocean had two active storms during April including the remnants of Major Tropical Cyclone Halima. The other storm, Tropical Storm Jasmine was the sixth named storm to affect Madagascar in 2022. April was below normal for the South Indian Ocean by most metrics, but the 2021-2022 season to date (July-April) has been near normal.

No named storms were active in the Australian region in April, which has happened six other times since 1981. The Australian 2021-2022 season remains near normal by most metrics except ACE, which is the second lowest since 1981. The only storm in the Southwest Pacific was Tropical Storm Fili near New Caledonia. This activity was near normal, but the 2021-2022 season remains below normal by most metrics. 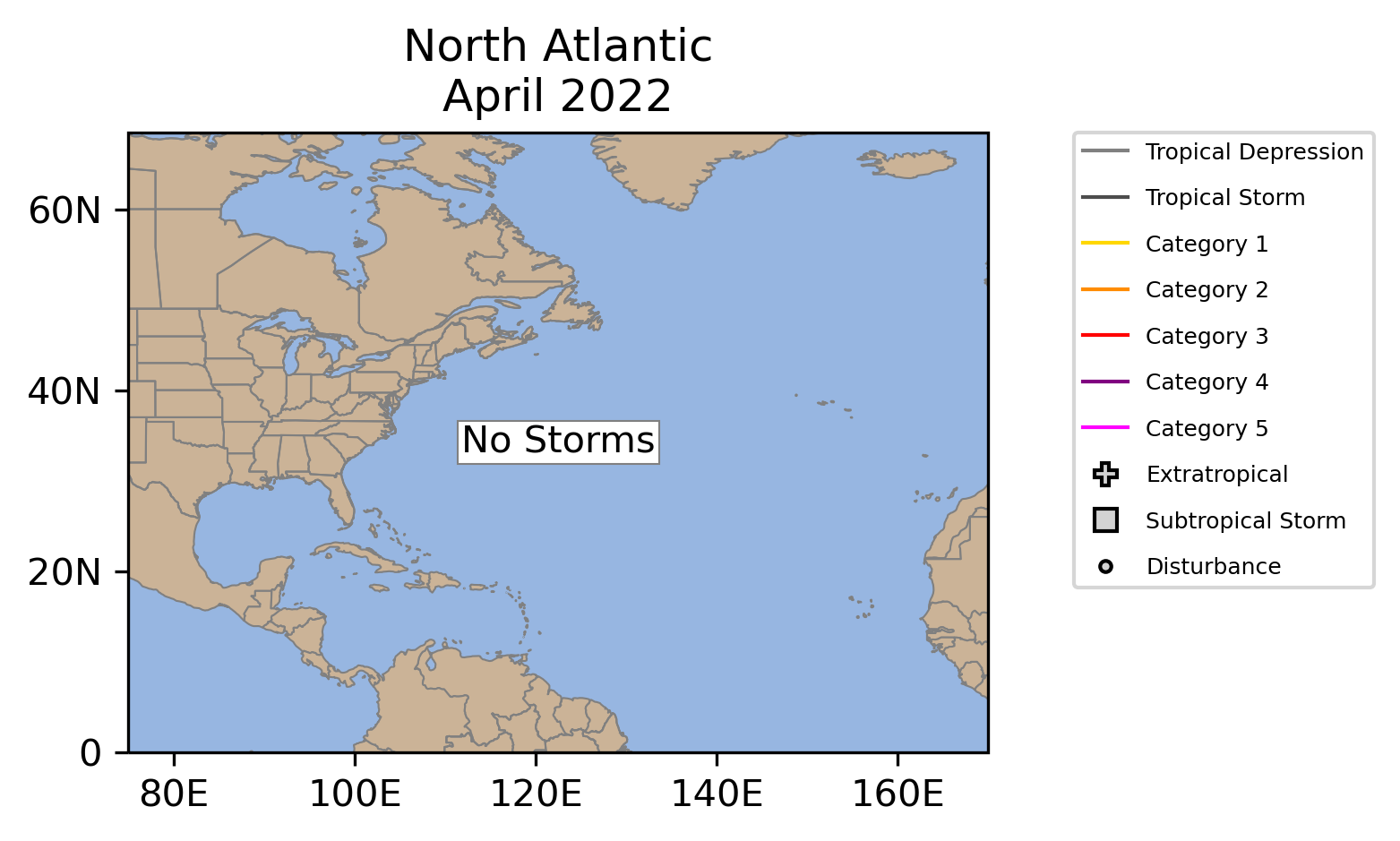 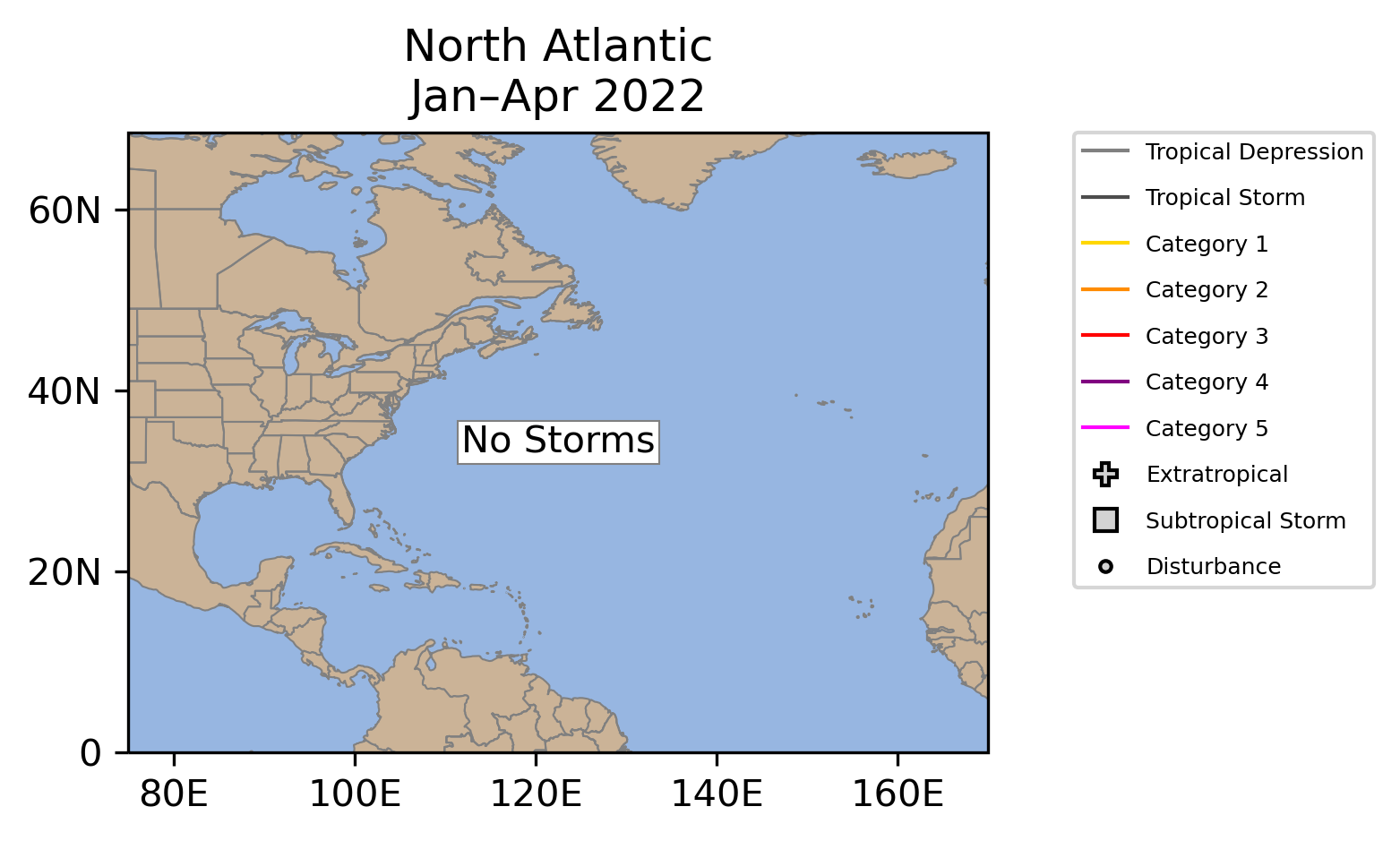 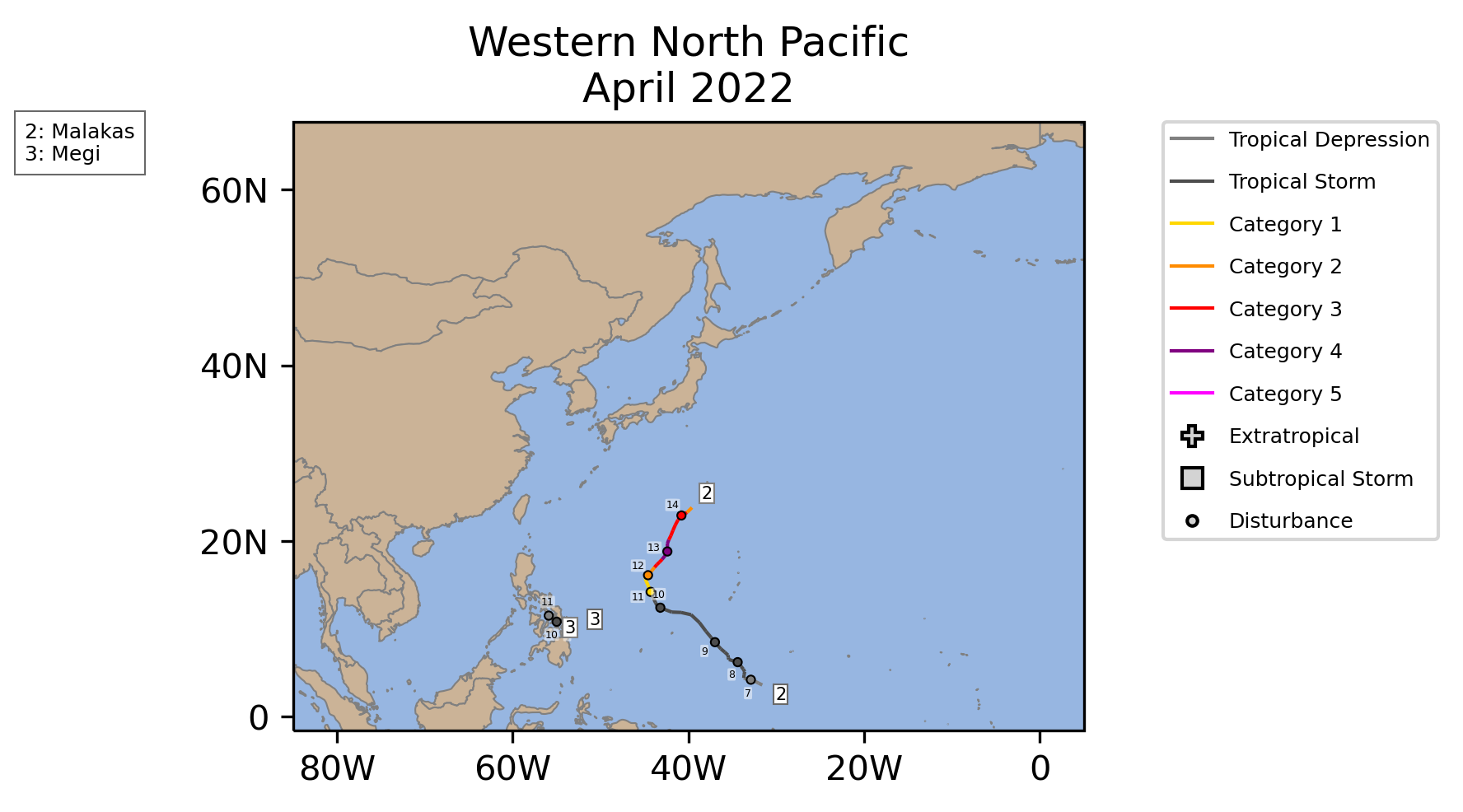 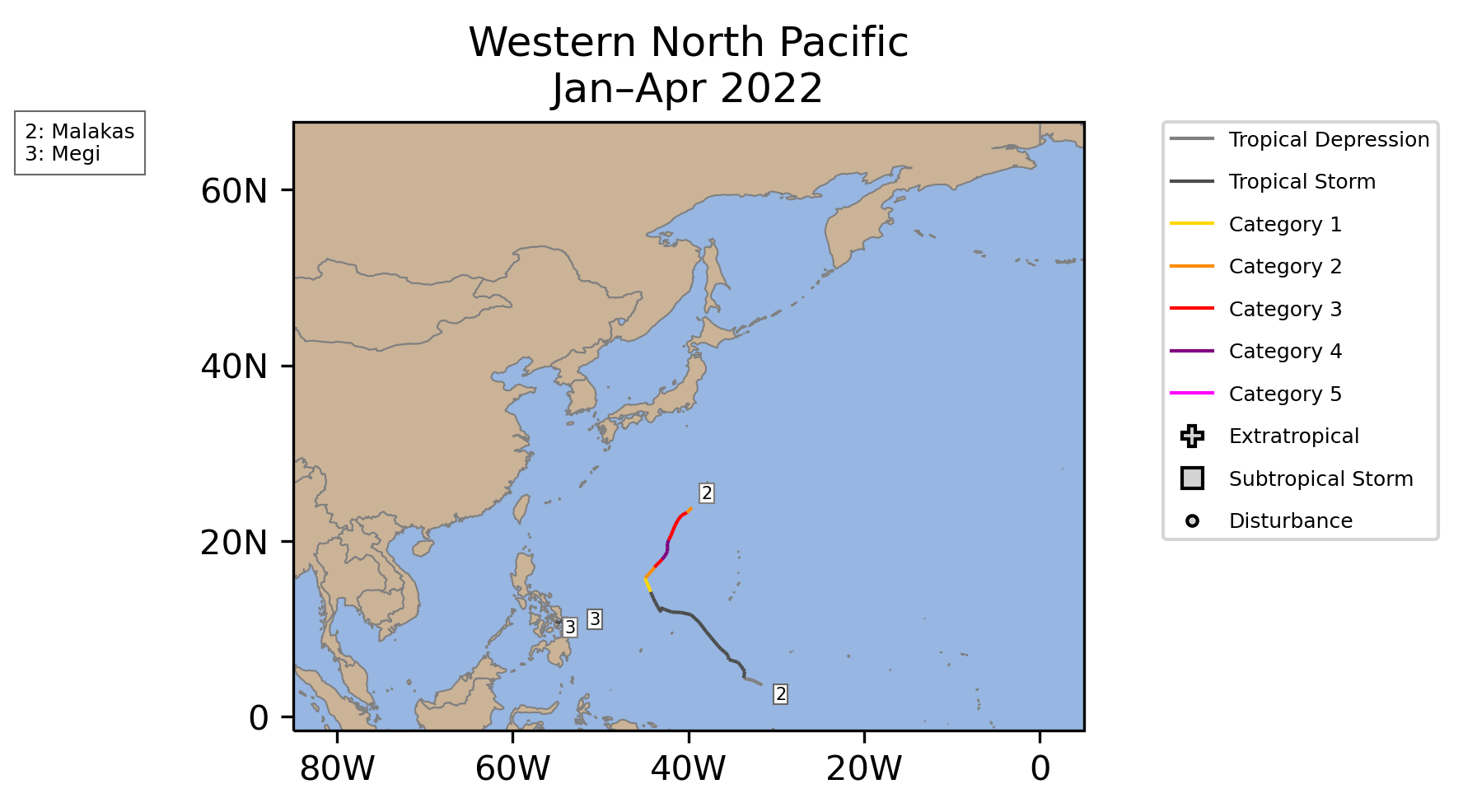 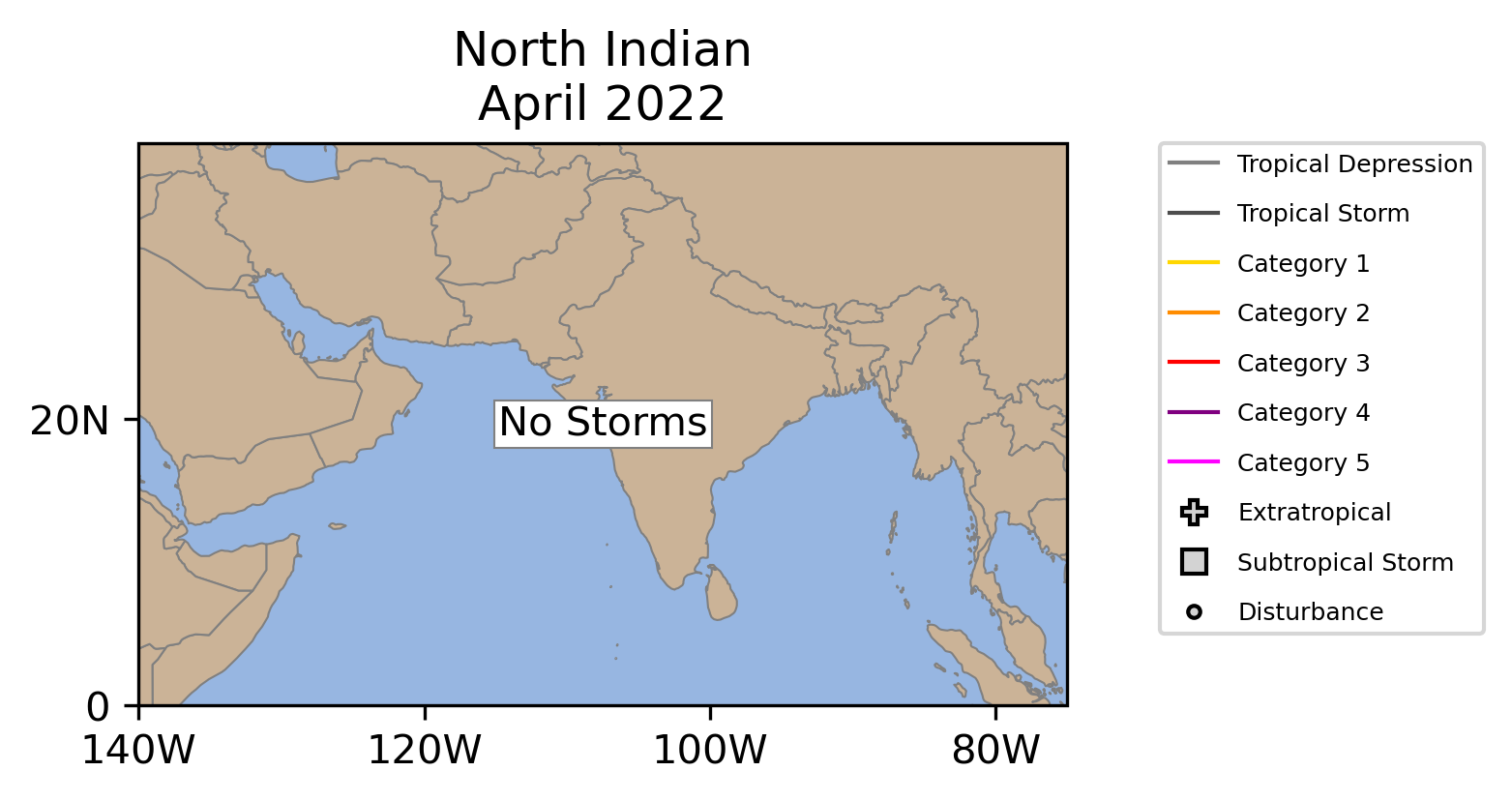 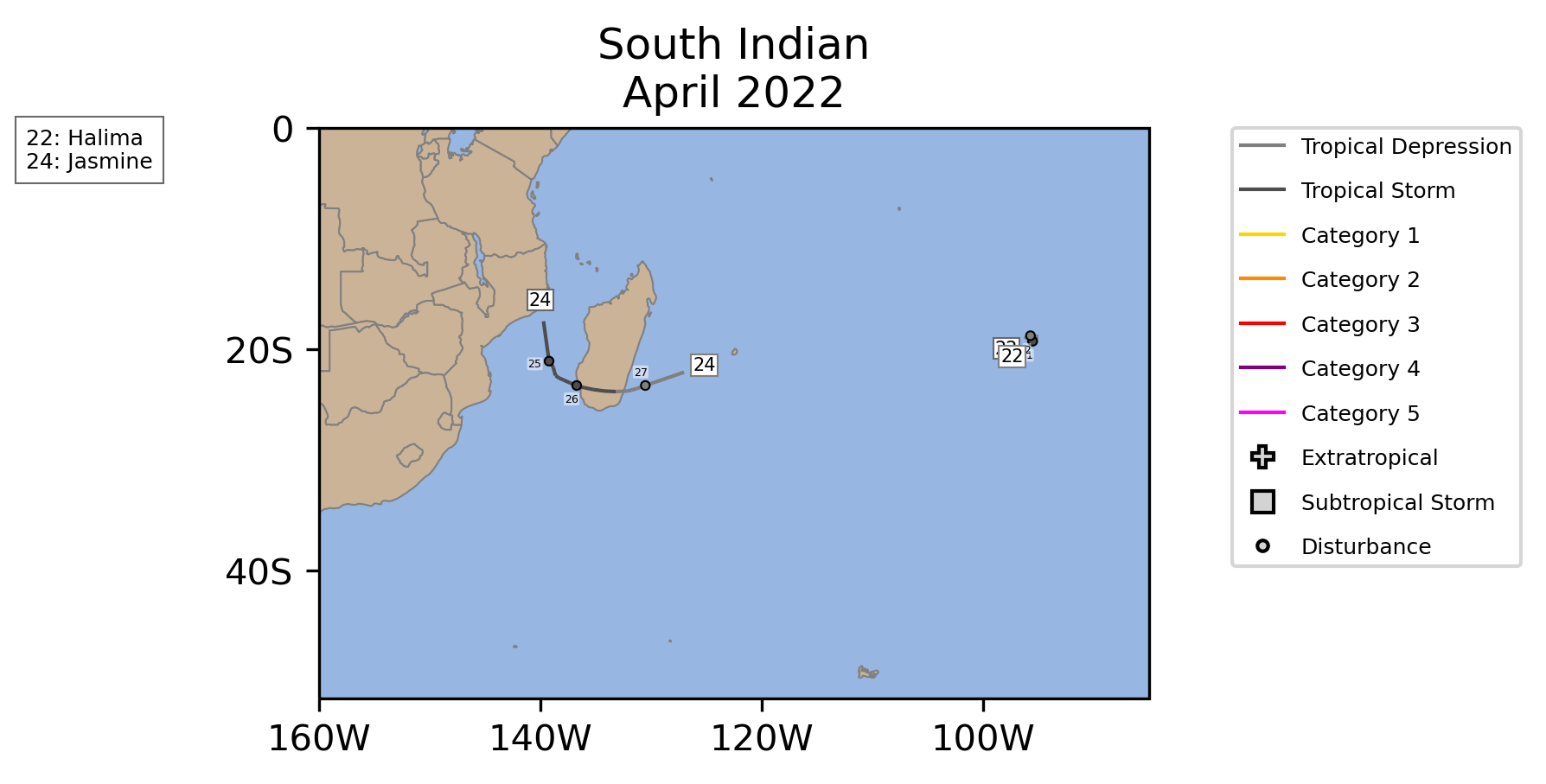 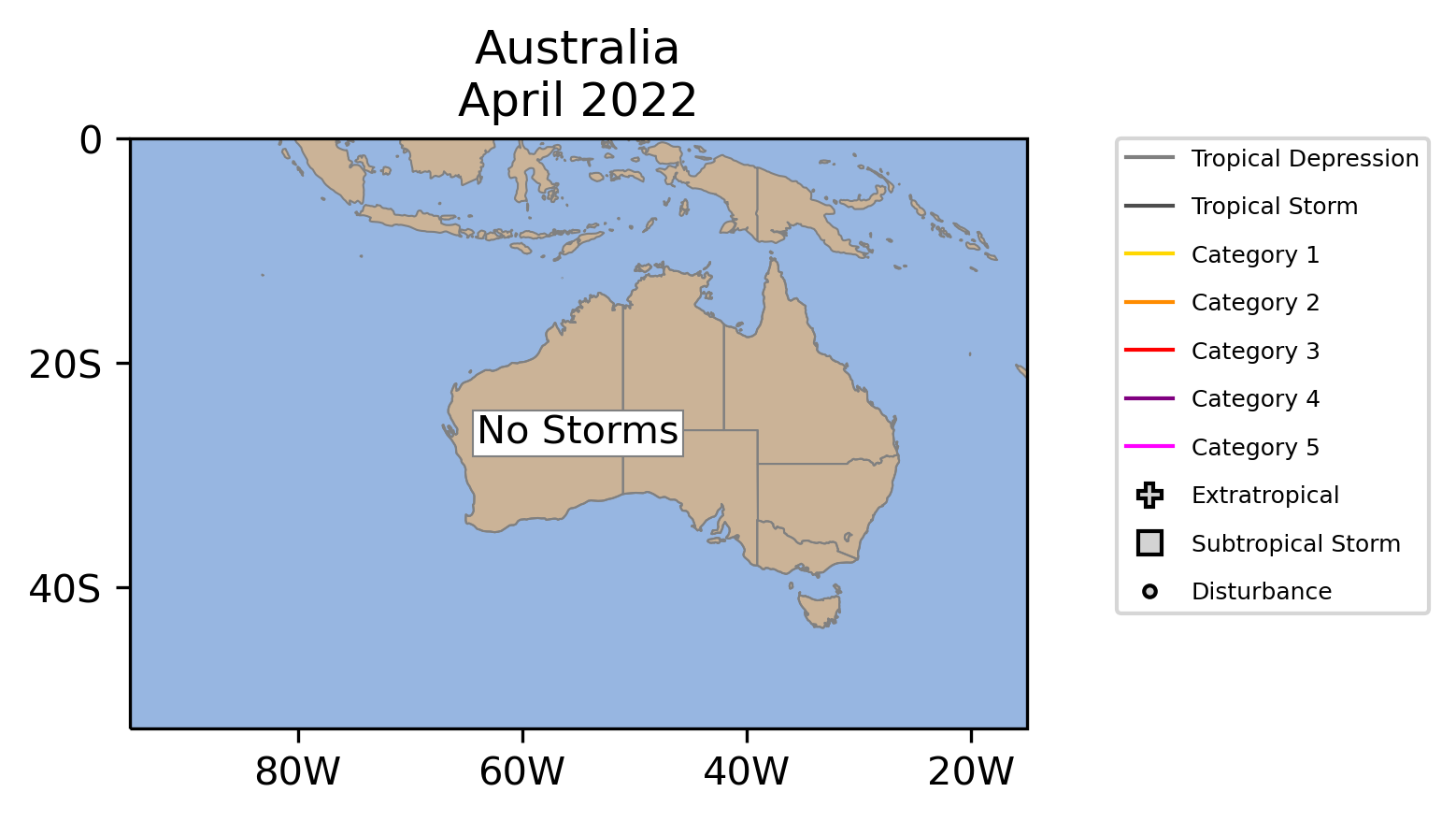 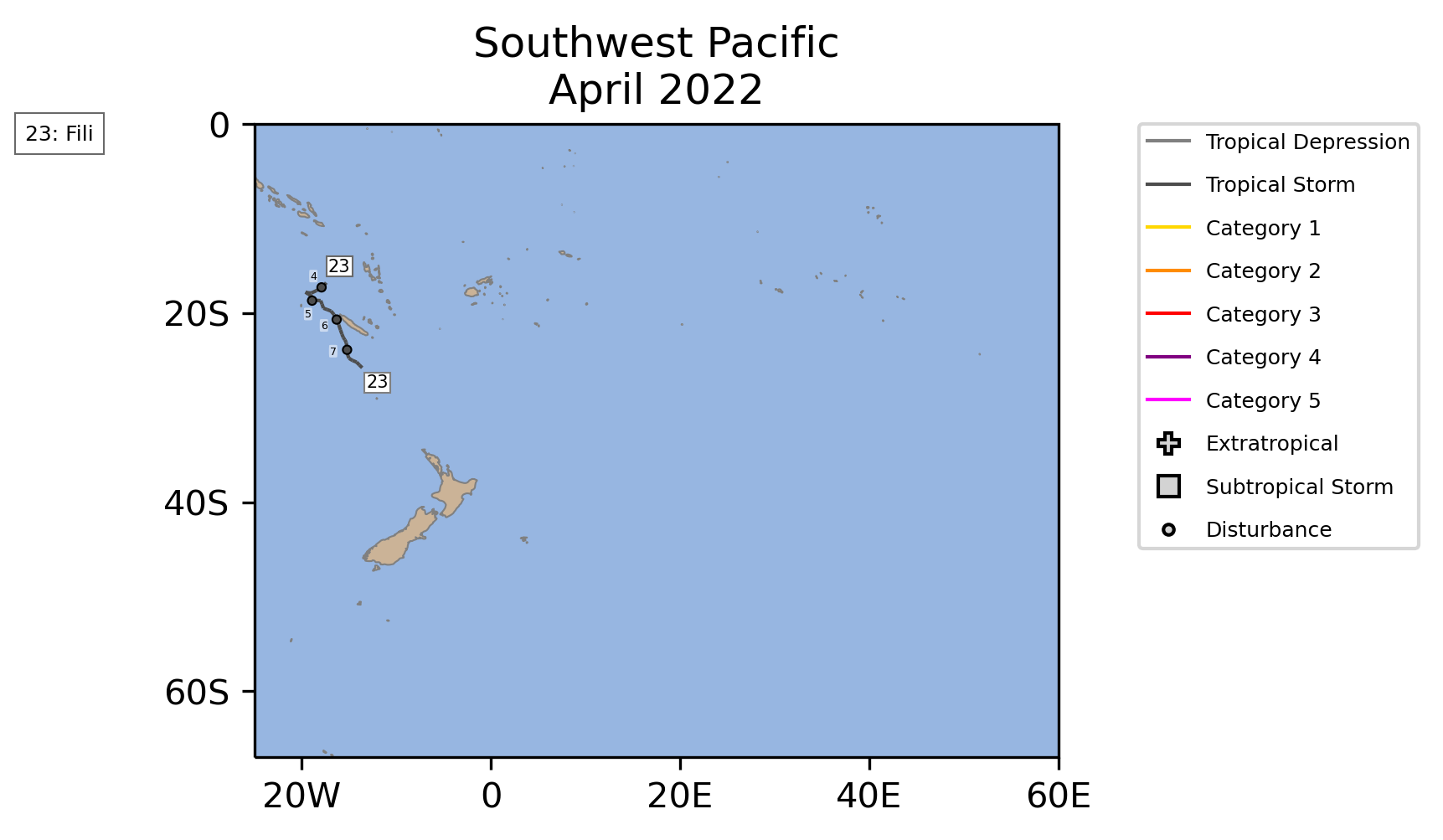 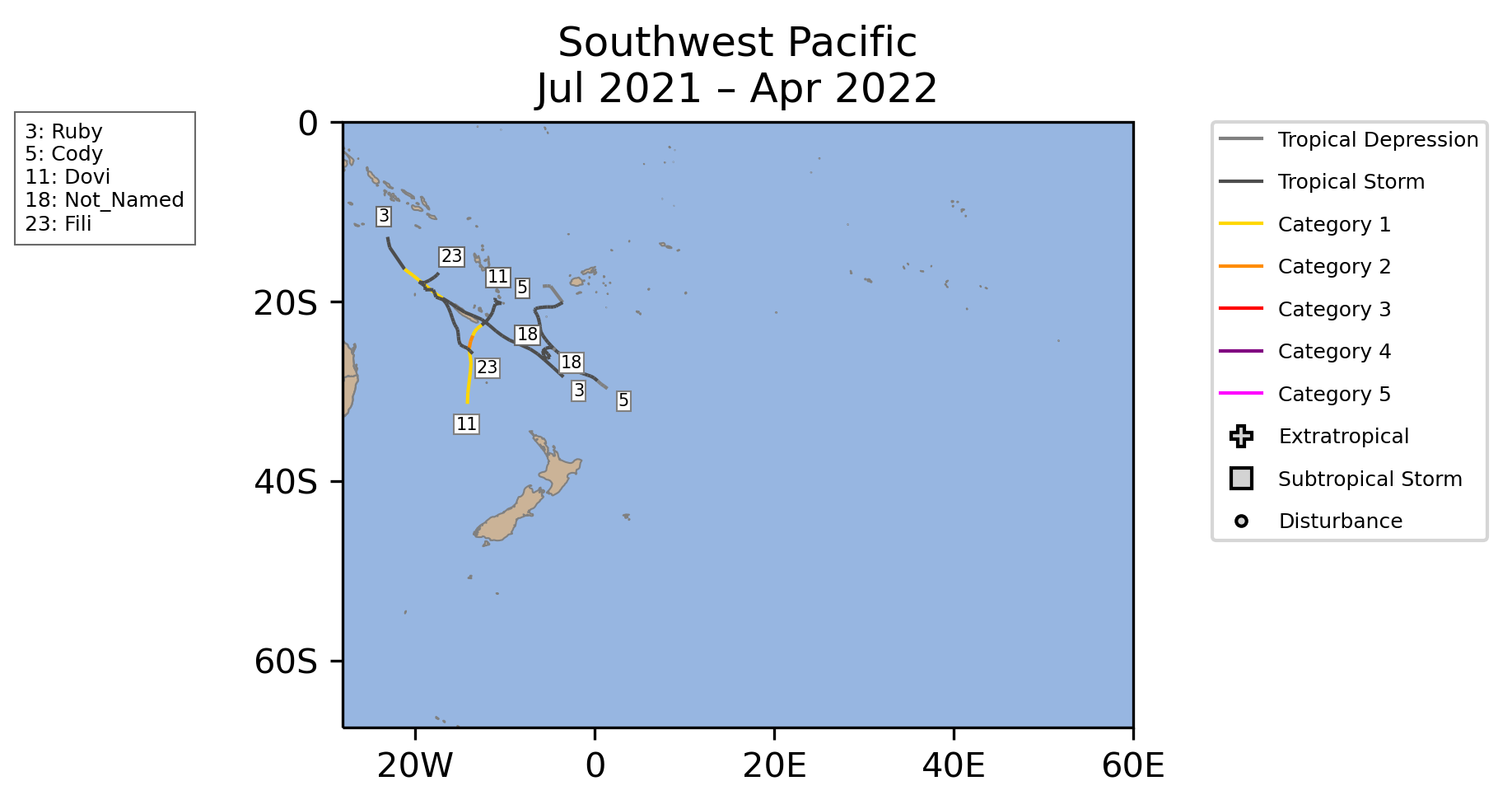