Nine named storms occurred across the globe in August. Four of those reached tropical cyclone strength (74 mph), including the first Saffir-Simpson hurricane wind scale Category 5 tropical cyclone (≥157 mph) of 2022: Super Typhoon Hinnamnor. With only nine named storms, August 2022 saw the fewest storms on record since 1981 when global data became more reliable. The global accumulated cyclone energy (ACE: an integrated metric of the strength, frequency, and duration of tropical storms) for August was also the lowest since 1981. The tropical cyclone activity for January-August remains below normal.

No tropical storms were active over the North Atlantic in August for just the third time since 1950. The other two years were 1961 and 1997. A major El Niño event in 1997 contributed to the lack of activity that year, but an ongoing La Niña this year would typically favor tropical cyclones over the Atlantic. There were also no hurricanes during January-August for just the seventh time since 1950, and only 1988 had less ACE over that period.

The East Pacific had three named storms including Hurricane Frank which formed during July. One storm, Hurricane Howard, became a hurricane during August. The ACE for August was the lowest since 1981, but the January-August ACE is near normal.

The West Pacific had four named storms, two of which became typhoons. The strongest was Super Typhoon Hinnamnor, which was the first Category 5 storm of 2022. It brought heavy rain and flooding as it made landfall in South Korea on September 5 and as a Category 2 storm. Despite this strong storm, the West Pacific ACE for August was about half its normal value. January-August activity remains among the lowest on record.

The North Indian Ocean had two named storms in August. Each only lasted for about 24 hours. However, only two other Augusts (1979 and 1982) have ever had a North Indian Ocean storm. This was the first time on record to have multiple storms in one August. The four named storms for January-August is tied with three other years (1992, 1996, 2007) for the most on record. No storms formed in the Southern Hemisphere during August, which is normal. 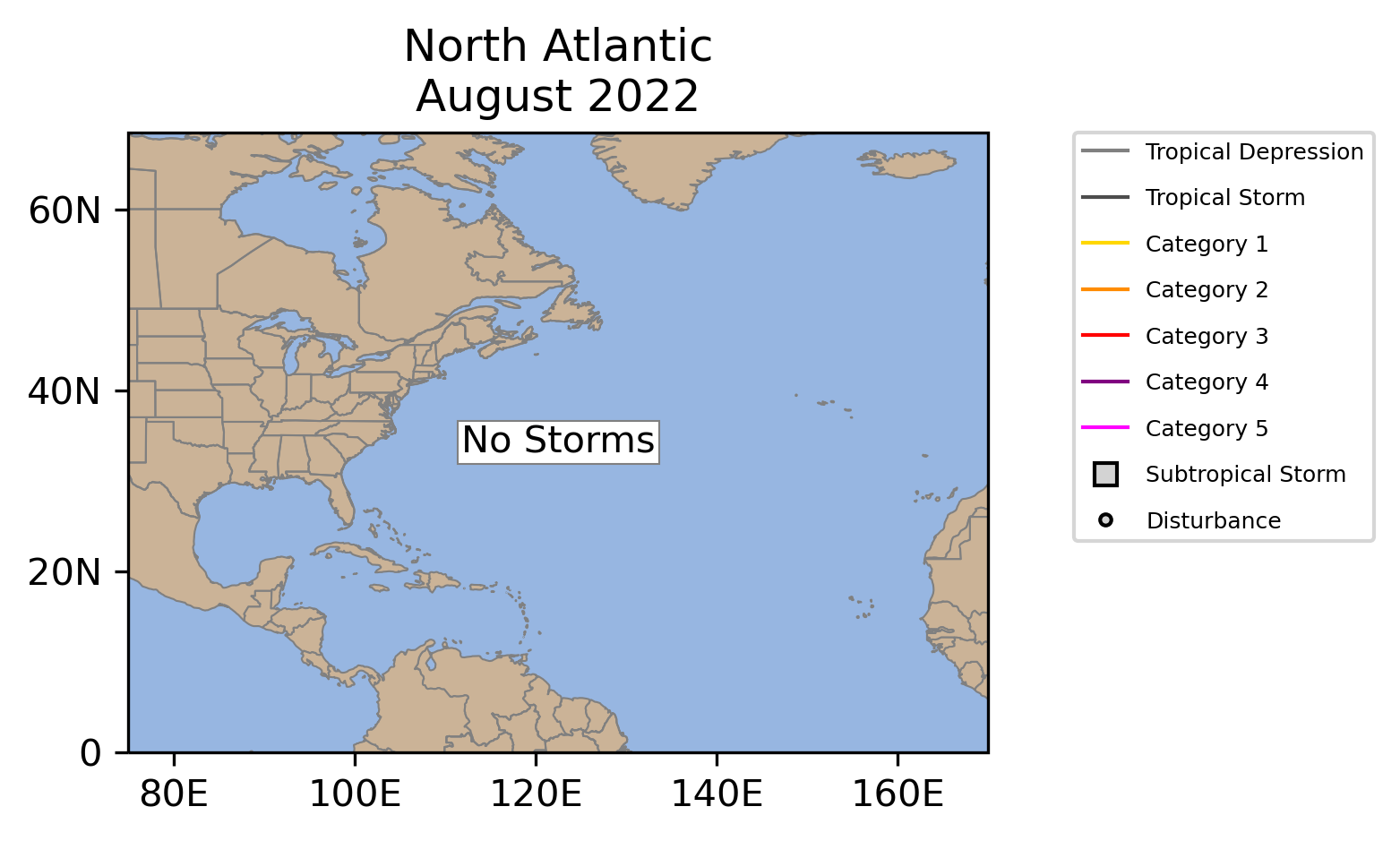 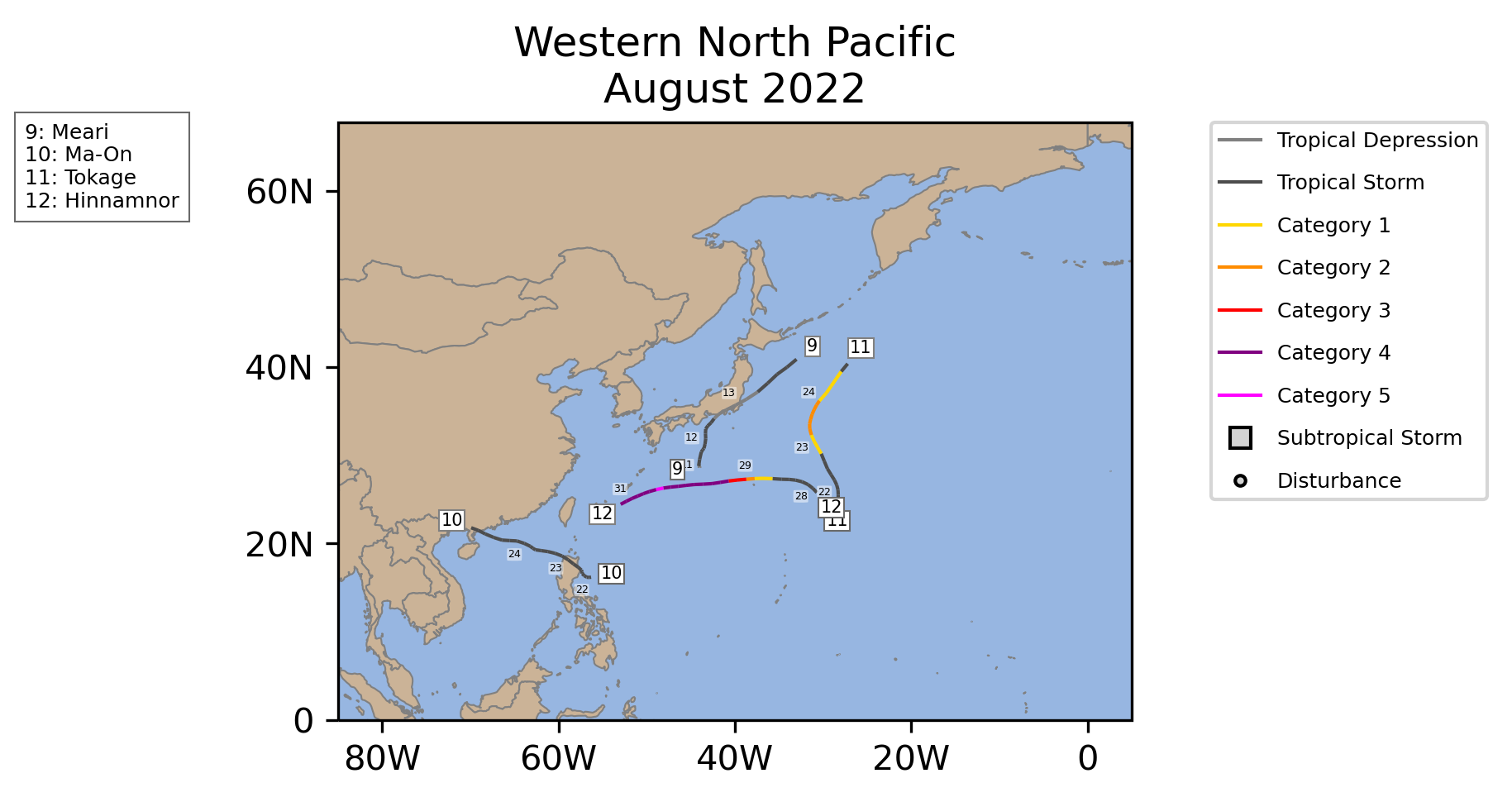 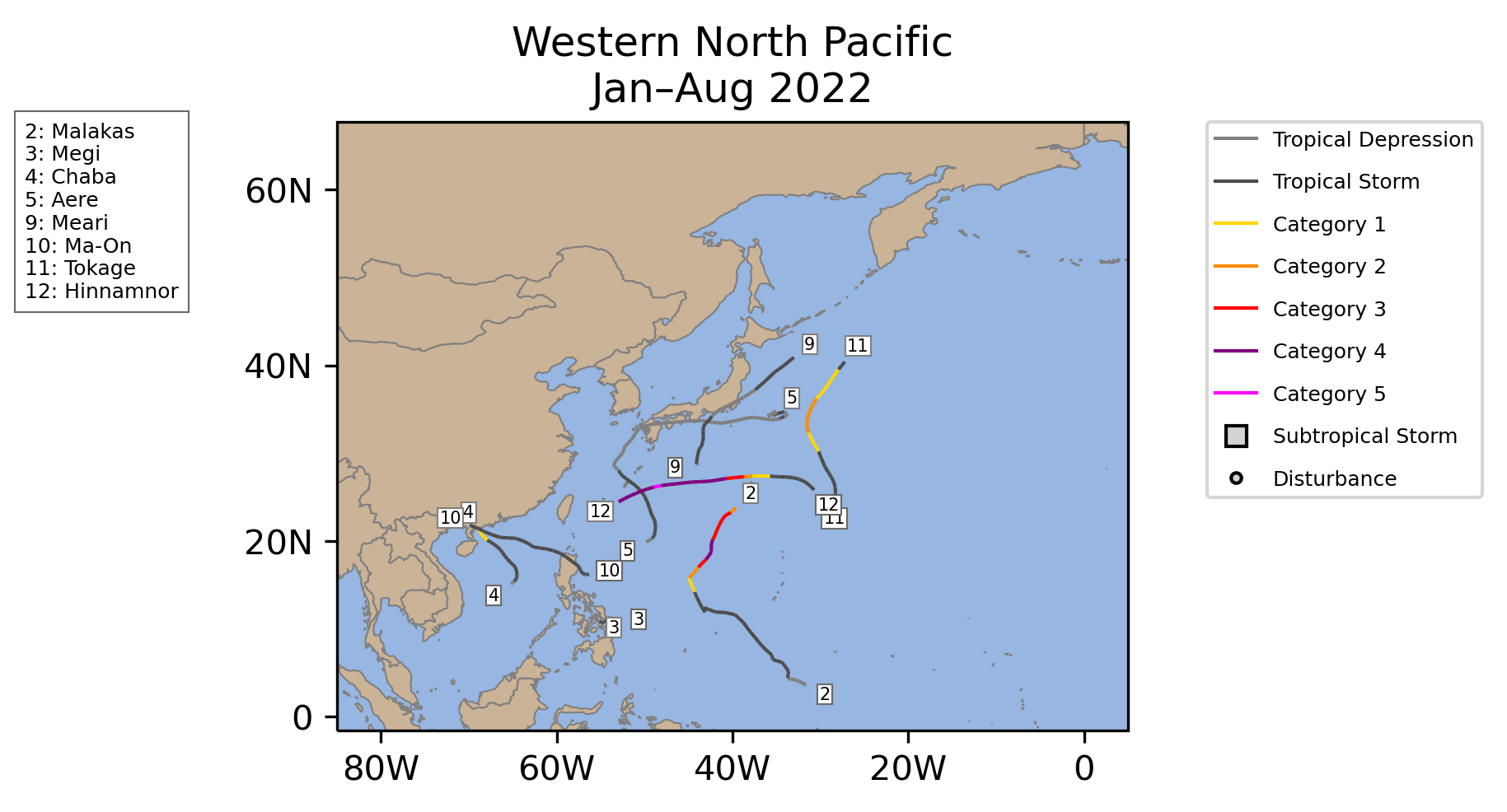 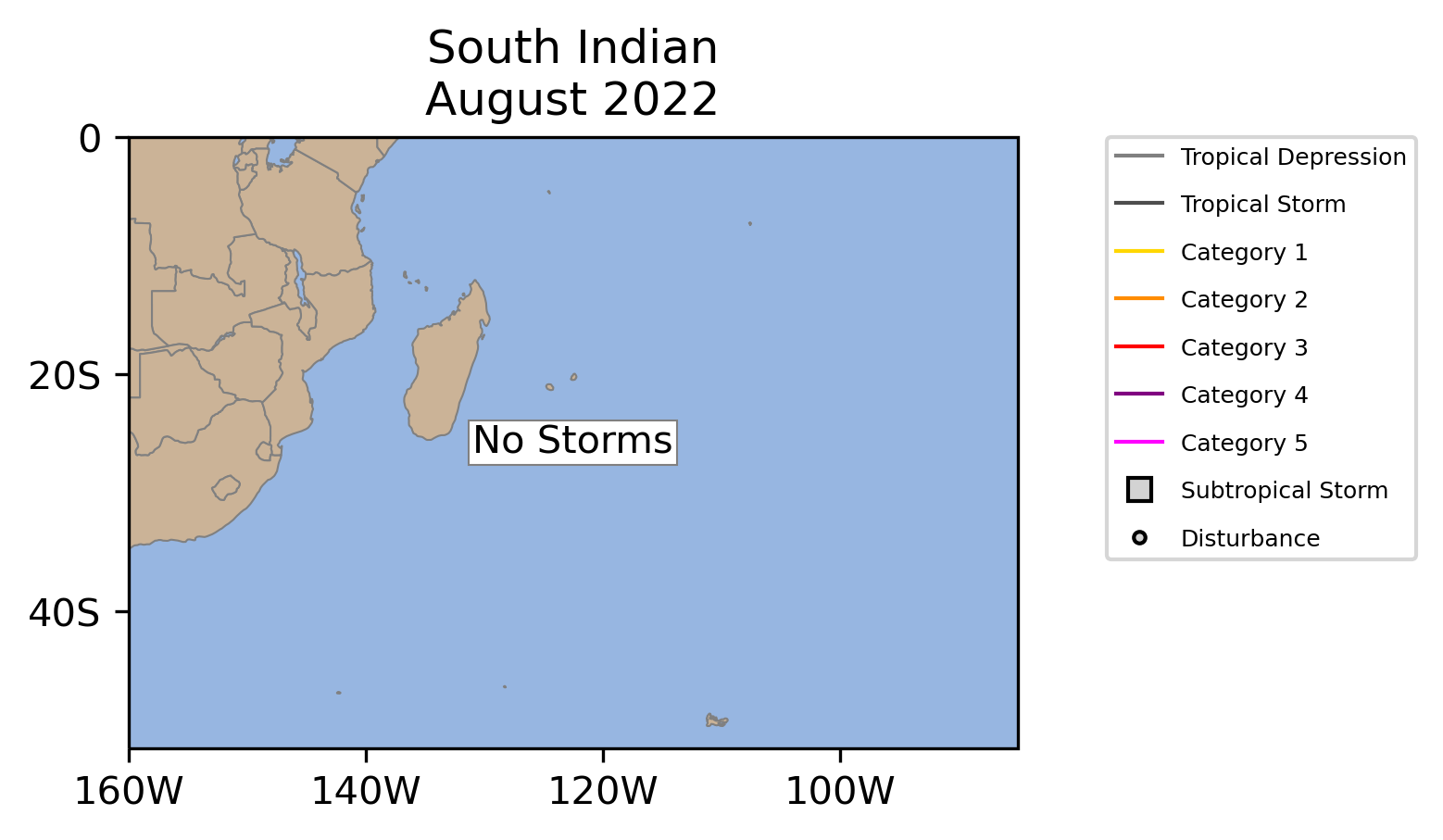 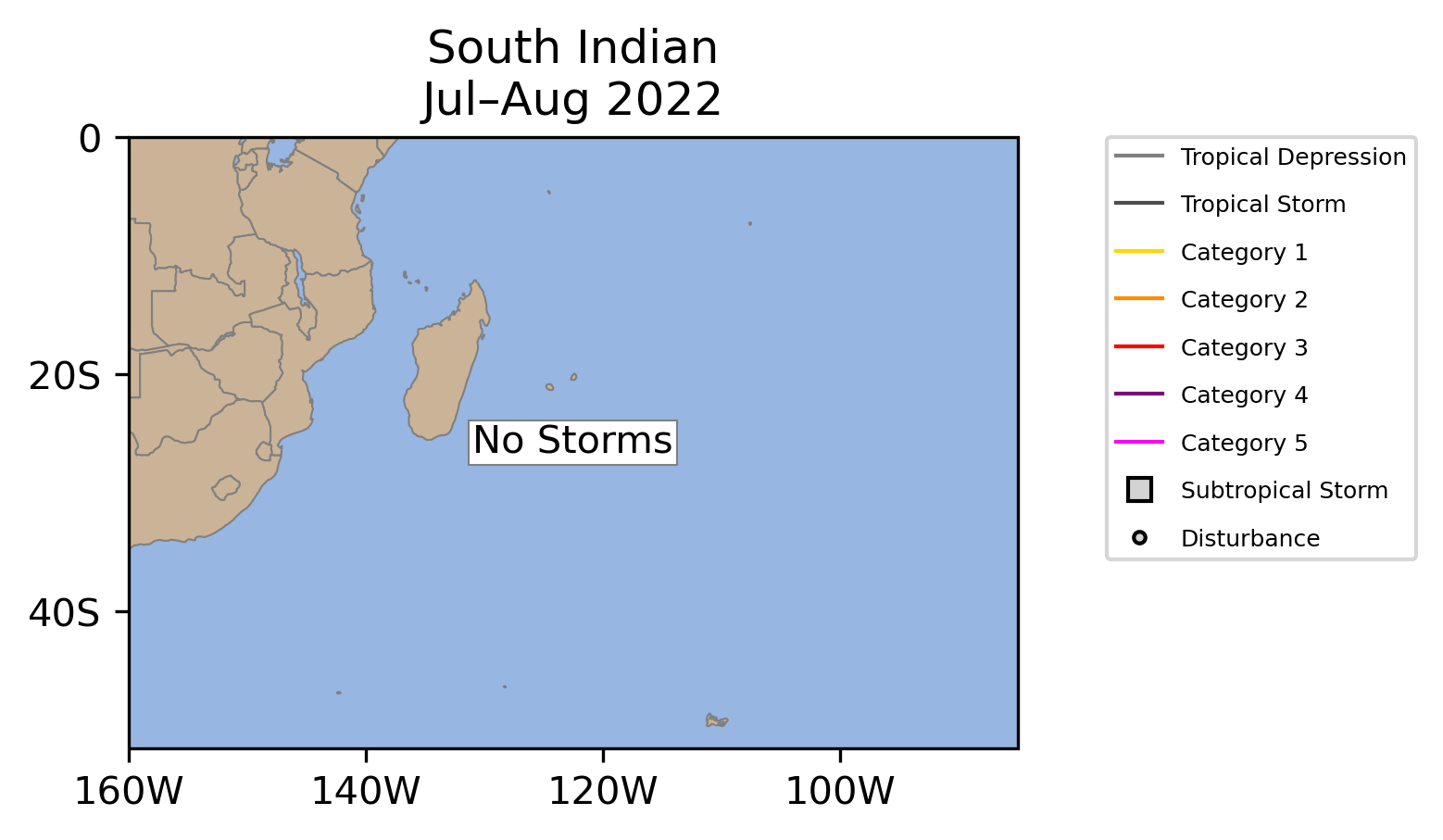 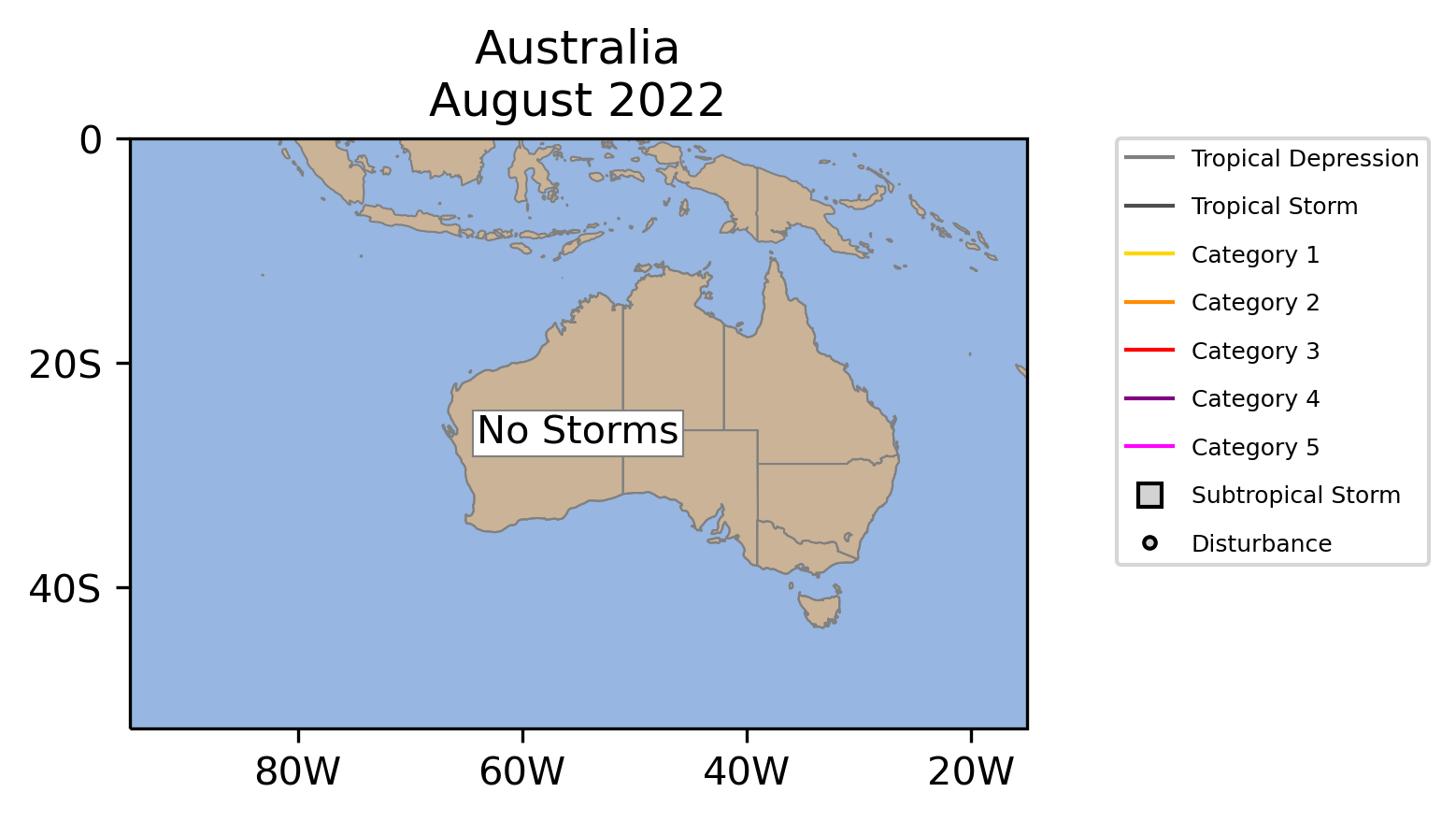 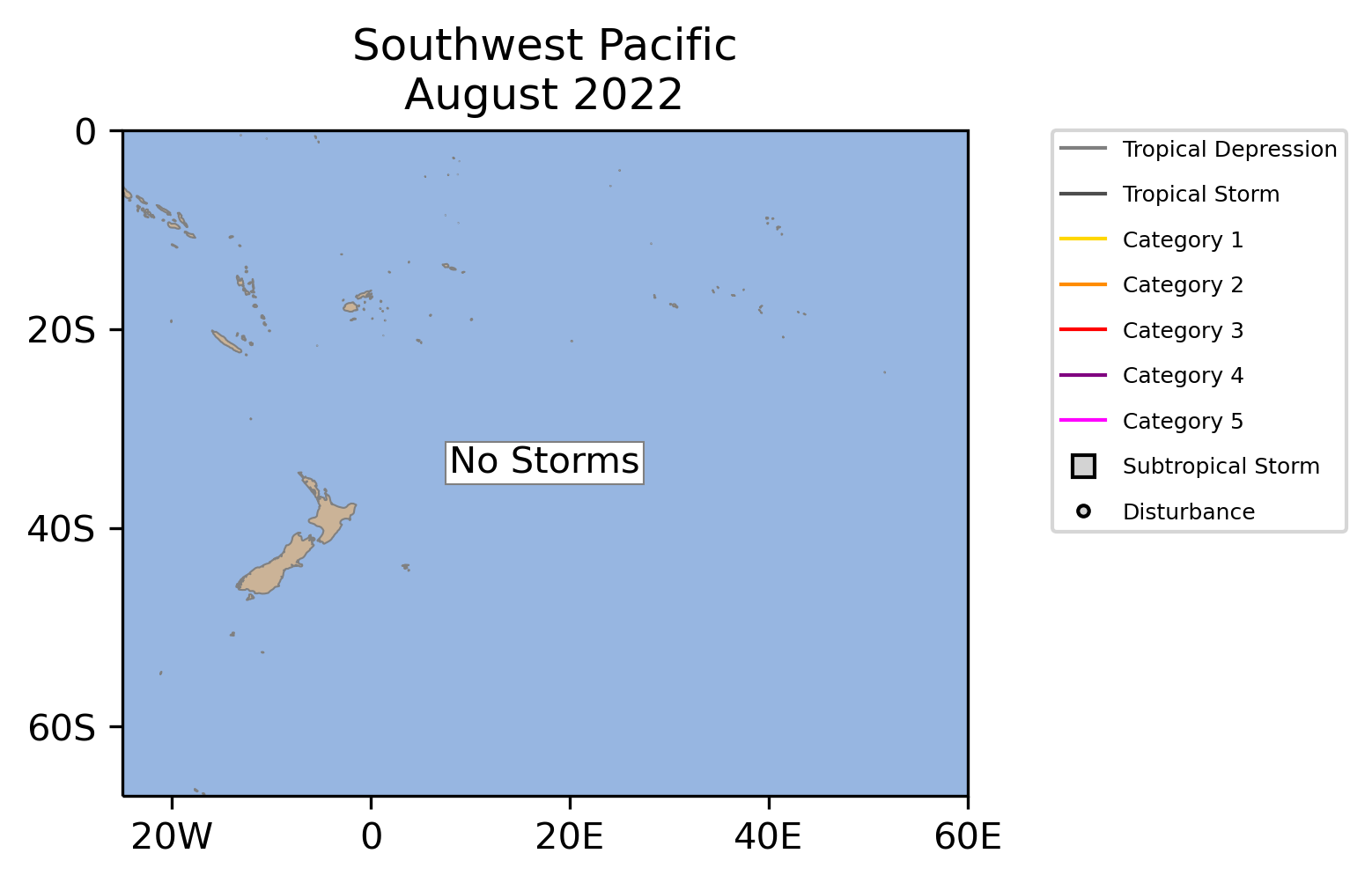 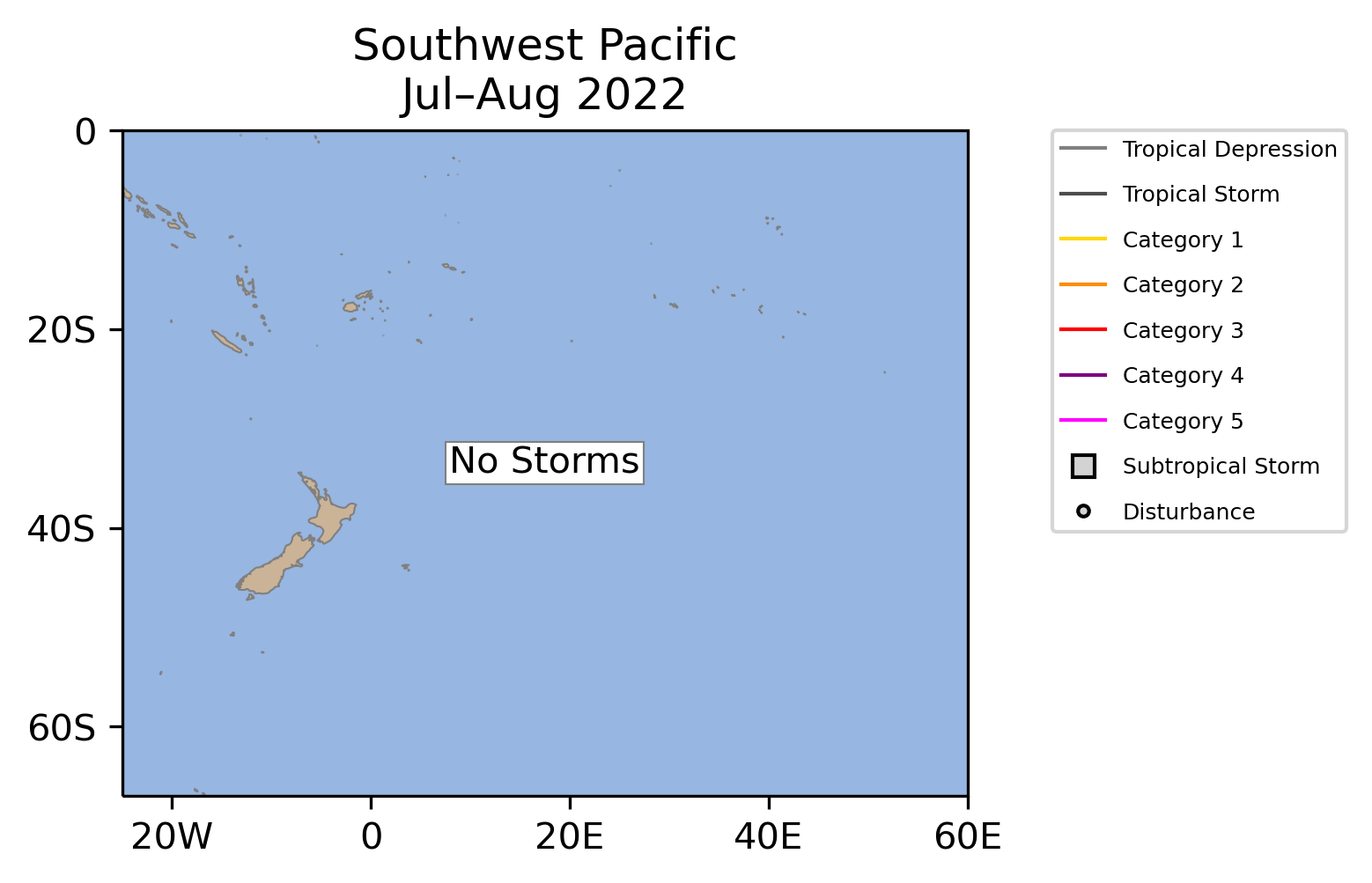