Warm temperatures are a hallmark of July in the United States

In honor of Independence Day, we take a look at the country’s historical July climate conditions and Climate Normals for several patriotic-named U.S. locations.

Heat is the key characteristic of America’s July climate. And, in many parts of the country, it’s accompanied by sticky humidity, afternoon thunderstorms, and possibly severe weather. It marks the second month of the North Atlantic hurricane season, and it’s typically the fourth most active month for tornadoes.

Climatologically speaking, July is the hottest month of the year for the contiguous United States with an average temperature of 73.6°F. The average daytime high temperature is nearly 87°F, while the average nighttime low is around 60°F.

The hottest July—and subsequently the hottest month—on record for the contiguous U.S. occurred in 1936 during the Dust Bowl. The July 1936 average temperature was 76.8°F, 3.2°F above the twentieth-century average. 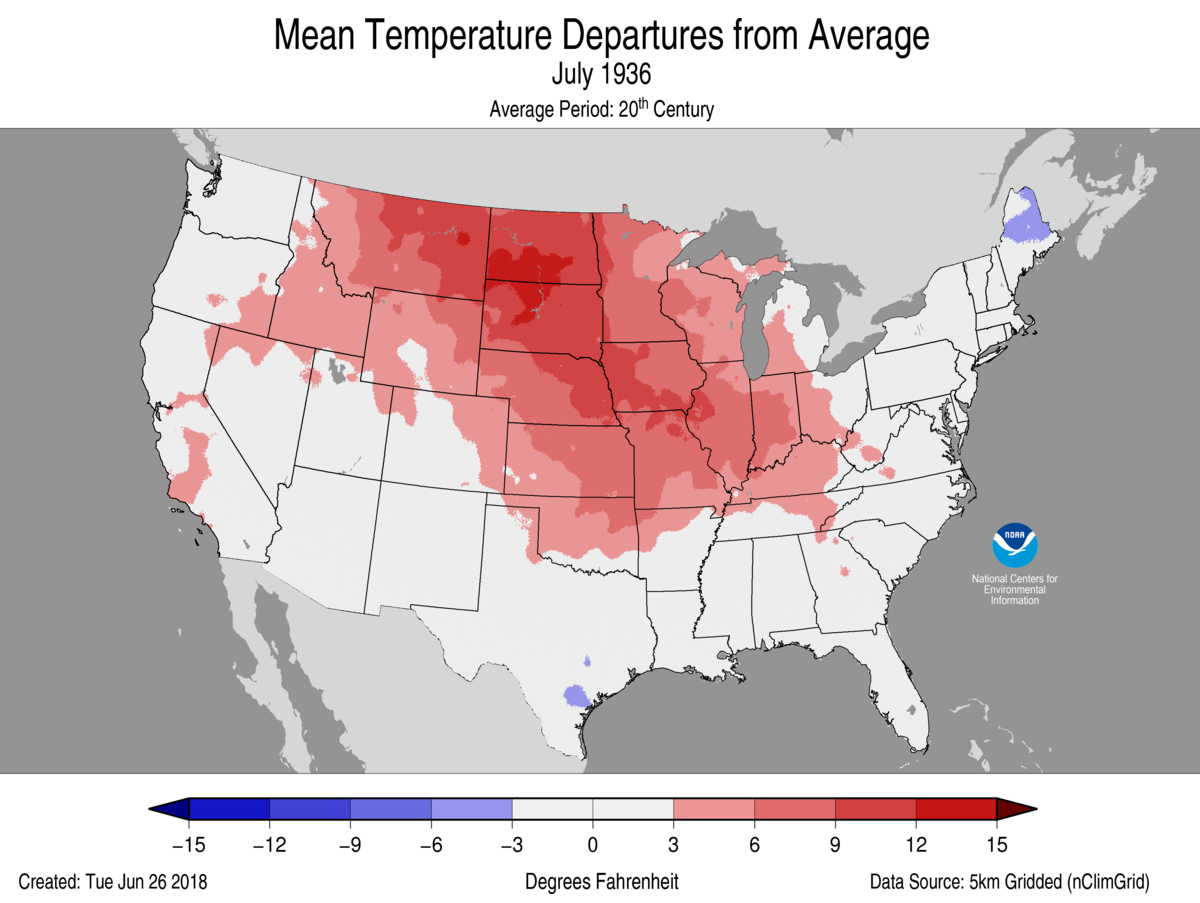 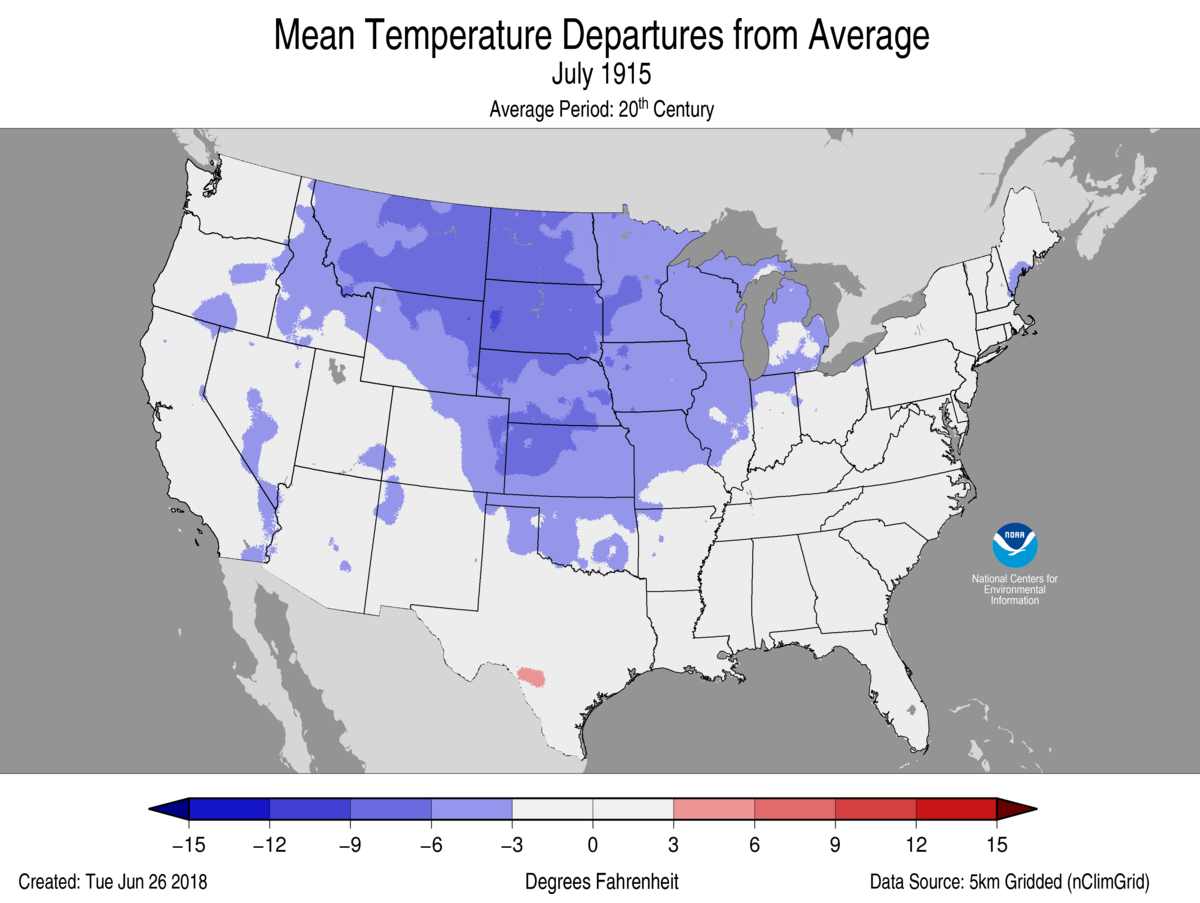 The coldest July on record for the contiguous U.S. occurred in 1915 with a temperature of 71.0°F, 2.6°F below average. Washington state is typically the coolest state in the Lower 48 in July with an average temperature of 64.1°F. The coldest state in the last 127 years during July was Idaho in 1993 with a 56.2°F average value. Six states across the Northwest had their coldest July during 1993.

The July temperature for the contiguous United States has warmed at an average rate of 1.2°F per century since 1895. Since 1950, the rate of change is double that at 2.4°F per century. 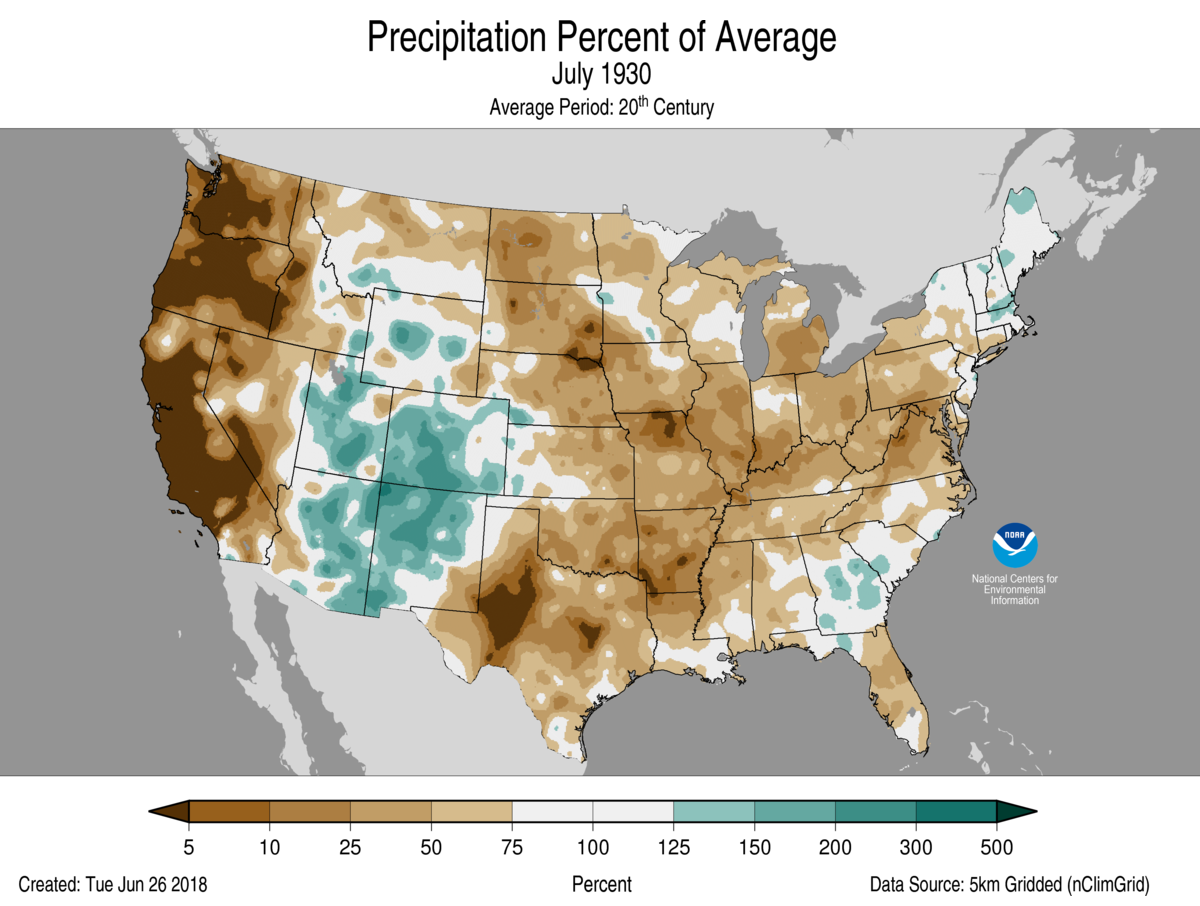 Hurricane Emily in 2005 is the only North Atlantic hurricane to ever have reached Category 5 strength in July. Other, less severe, tropical systems have caused tremendous damage and loss of life during July, including:

Throughout the years, several significant tornado outbreaks have occurred during the month of July, including:

Since 1980, 14 severe weather outbreaks have each caused more than $1 billion in damages during July.

In such a geographically and climatologically diverse country, average conditions vary from place to place across the United States.

From the balmy warmth of Independence, California, to chilly Republic, Washington, the table below shows the normal minimum, maximum, and average temperatures on July 4th for 11 locations with patriotic names, according to our daily 1991–2020 Climate Normals data. New Climate Normals were released in May 2021.

While our Climate Normals provide average temperatures throughout the United States, the actual conditions this Independence Day may vary widely based on weather and climate patterns. For prediction of your actual local daily temperature, check out your local forecast on Weather.gov.

Updated statistics based on new data and added fresh infographic and table of patriotic-named places.

During March, the average contiguous U.S. temperature was 46.2°F, 4.7°F above the 20th century average. Record and near-record

According to the August 6, 2019, U.S. Drought Monitor, moderate to extreme drought covers 5.6% of the United States including