Please note: Due to scheduled maintenance, order fulfillment processing will be delayed January 31st, 9:00 AM ET -  1:00 PM ET. We apologize for any inconvenience.

The April precipitation total was 3.43 inches, 0.91 inch above the 20th century average, making it the second wettest April in the 123-year period of record. Much-above-average precipitation fell across the Northwest, Central Plains, Mid-Mississippi Valley, Great Lakes, and Mid-Atlantic. The year-to-date contiguous U.S. precipitation total was 11.46 inches, 1.99 inches above average. This was the fifth wettest January–April on record and wettest since 1998. Based on the U.S. Drought Monitor, 5.0 percent of the contiguous U.S. was in drought, the smallest drought footprint reported by the U.S. Drought Monitor since its inception in 2000.

See all April 2017 and year-to-date U.S. temperature and precipitation maps.

This monthly summary is part of the suite of climate information services NOAA provides to government, business, academia, and the public to support informed decision-making. 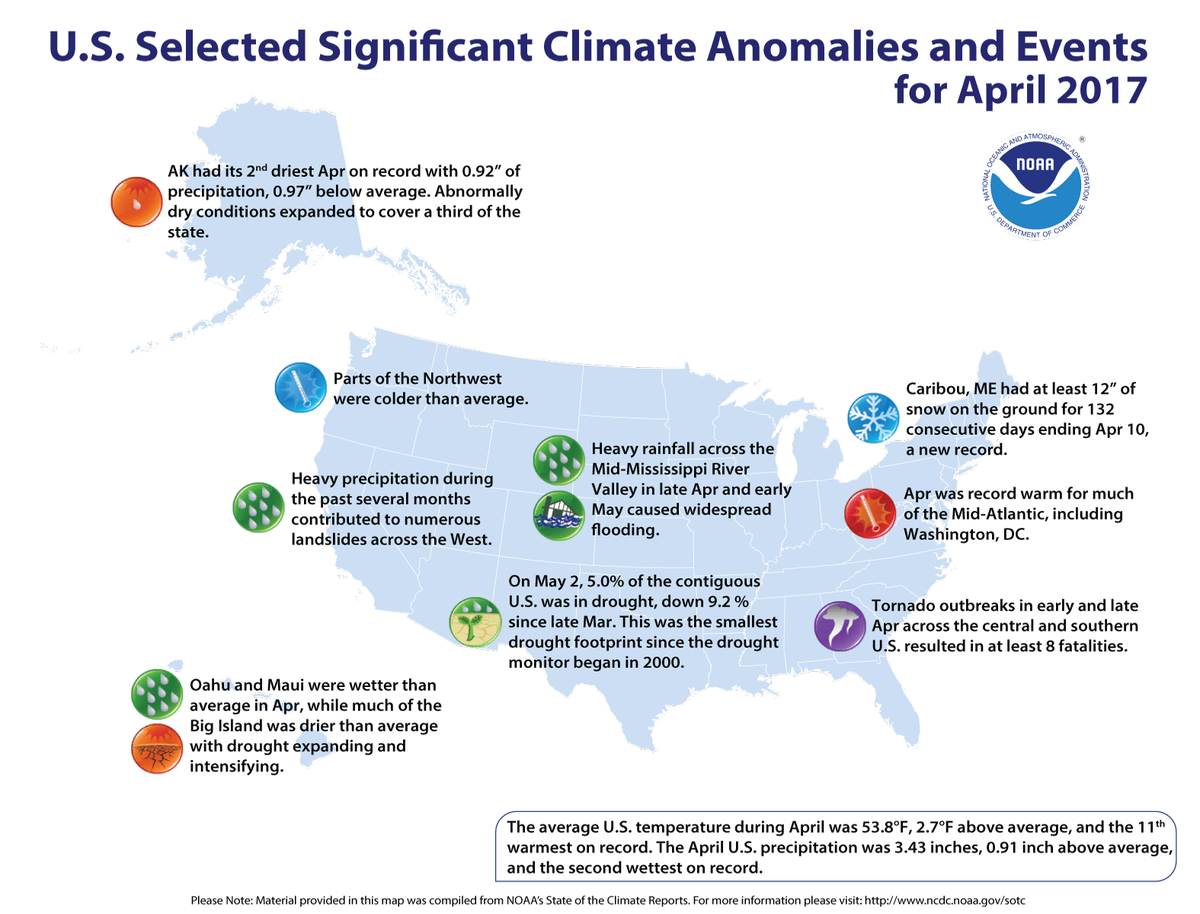 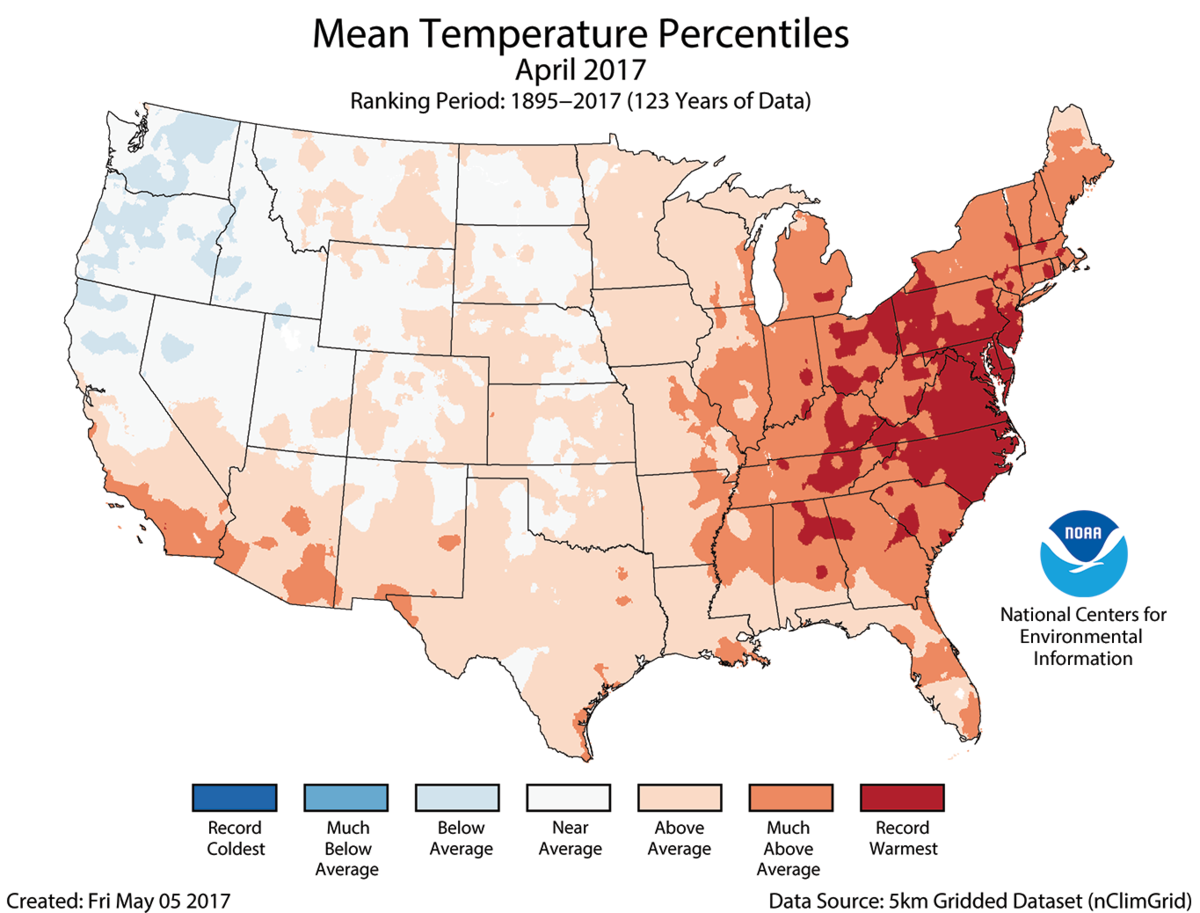 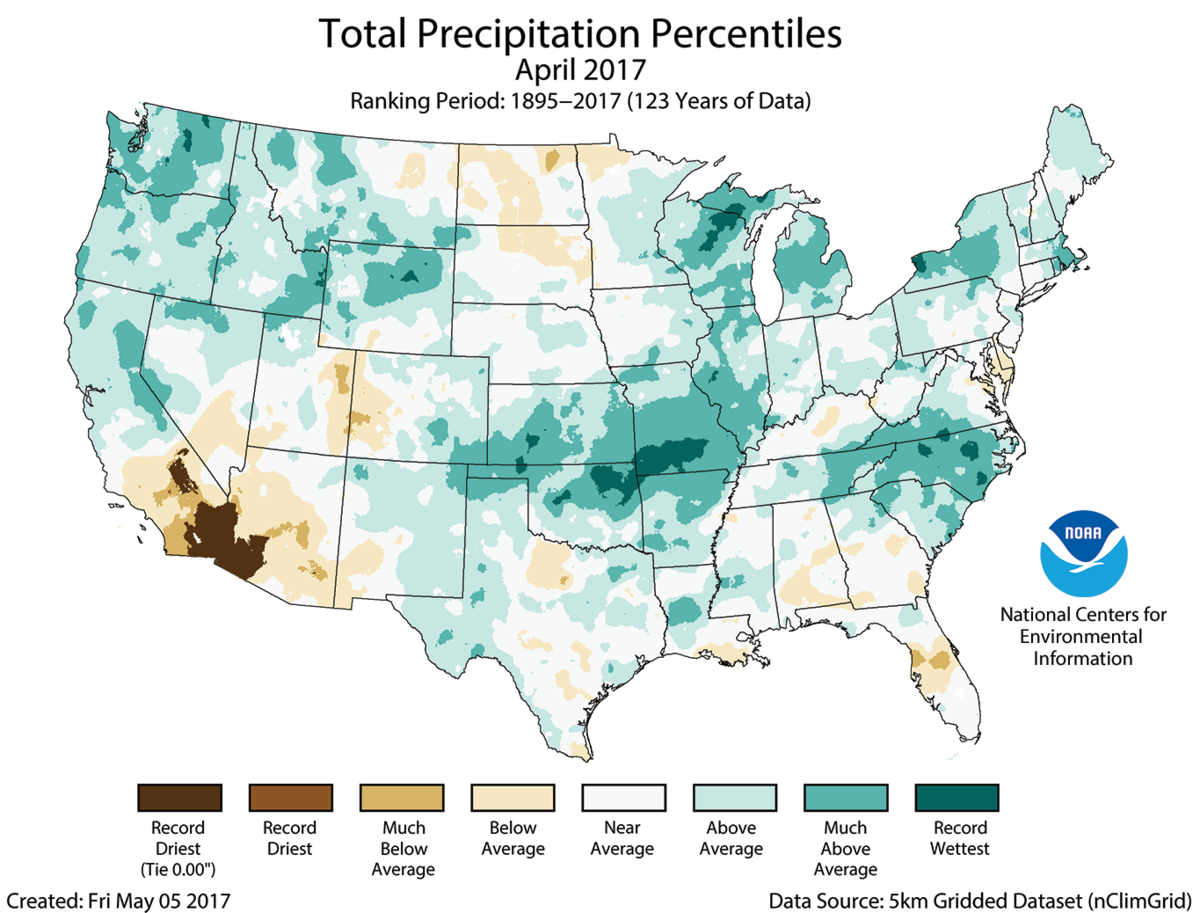 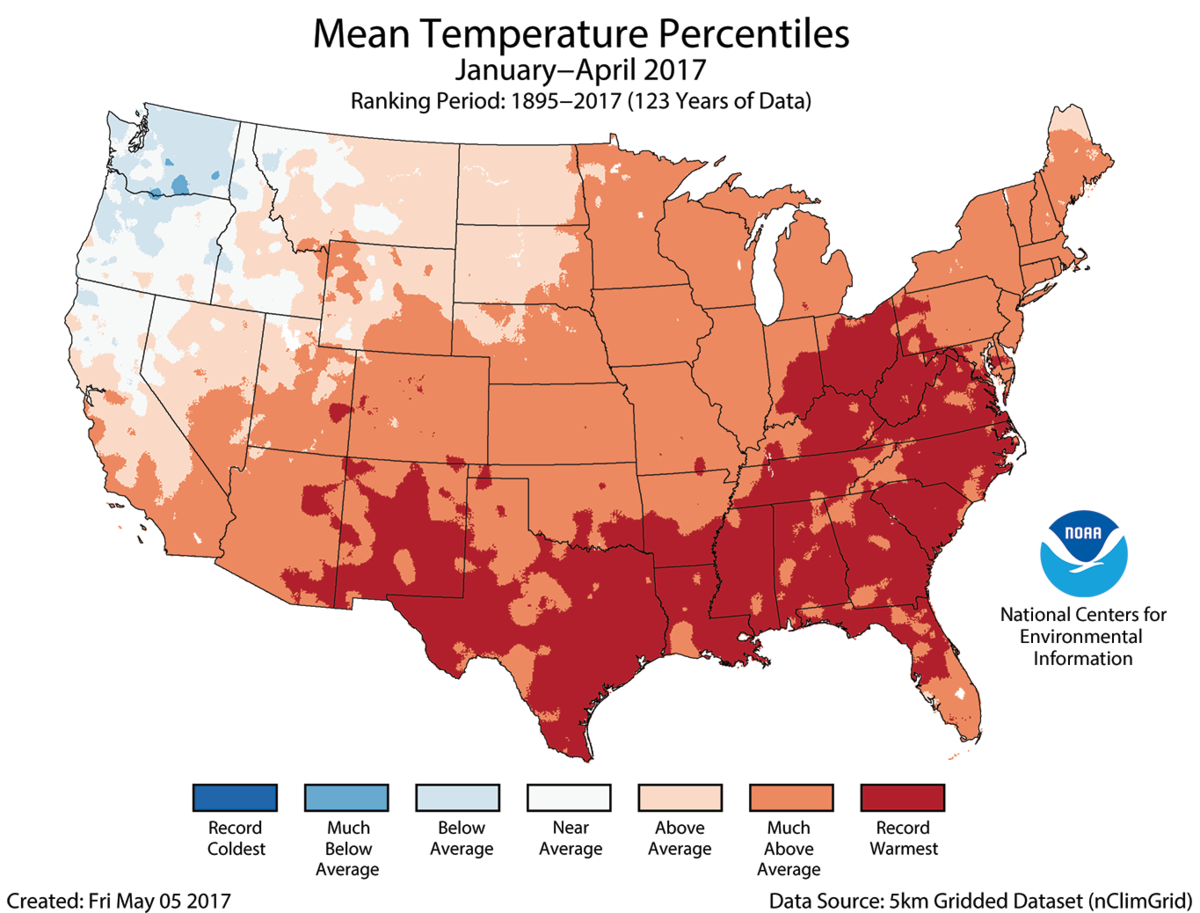 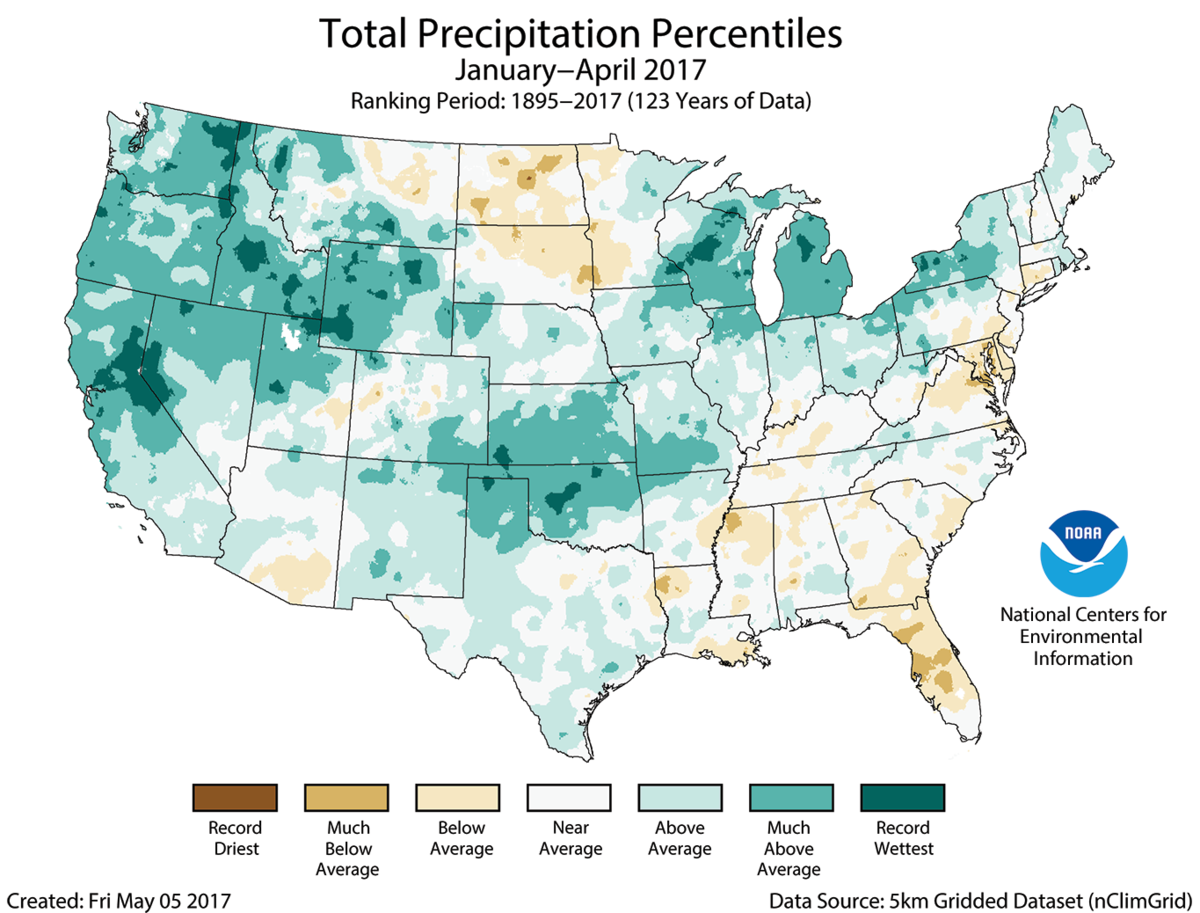 The full U.S. report will be released on May 11.

In August 1916, President Woodrow Wilson signed the act creating the National Park Service (NPS) to safeguard and steward the

According to the October 11, 2022, U.S. Drought Monitor, moderate to exceptional drought covers 46.4% of the United States

In regional climate outlooks for the Great Lakes, Missouri basin, and the Midwest, forecasters from NOAA’s Climate Prediction