Summer was warmer and wetter than average for the United States

For the month of August, much-below-average temperatures in the Midwest and High Plains offset the record warmth along the West Coast. The August national temperature was near average at 72.0°F, 0.1°F below average, tying 1921 as the 53rd coolest on record. The August precipitation average for the contiguous U.S. was 3.34 inches, 0.7 inch above average, the seventh wettest in the 123-year period of record. 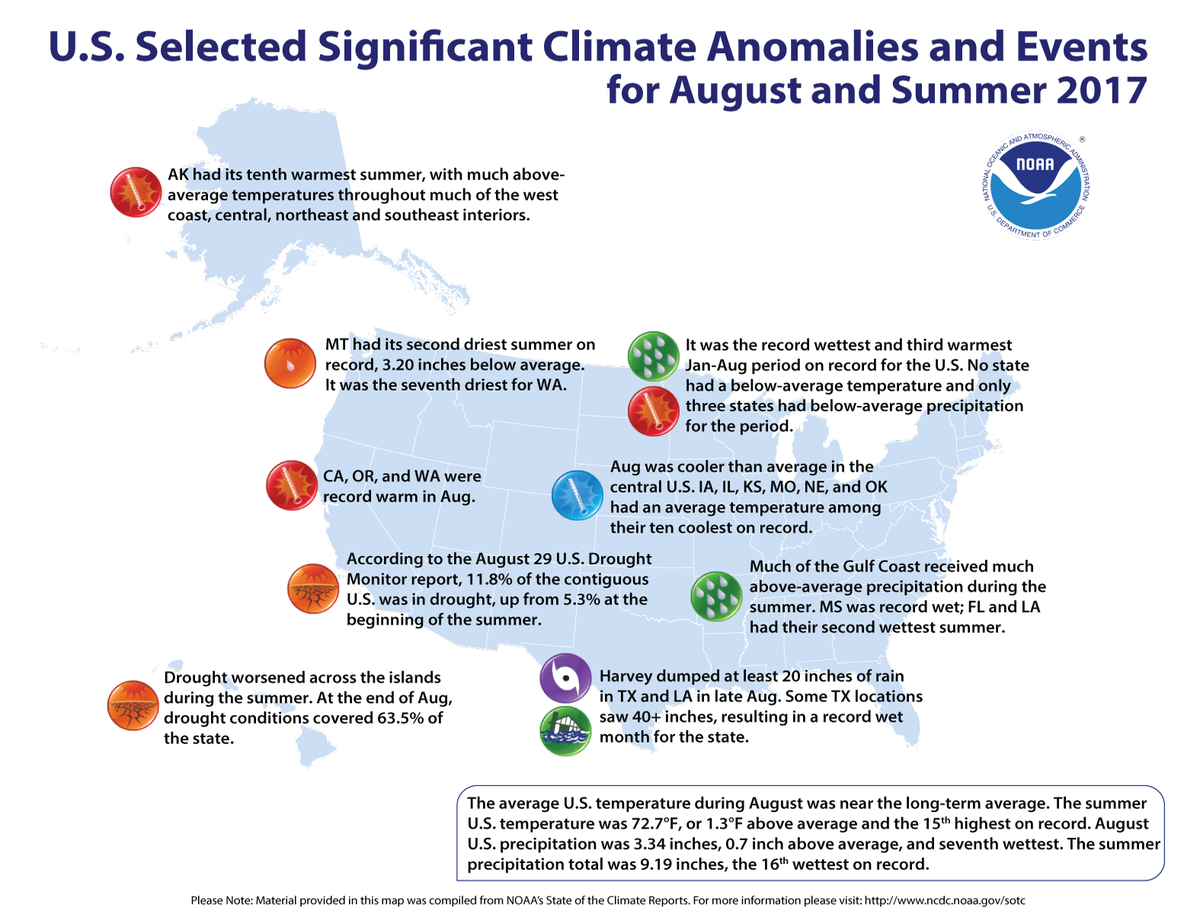 This monthly summary from NOAA's National Centers for Environmental Information is part of the suite of climate information services NOAA provides to government, business, academia, and the public to support informed decision-making. 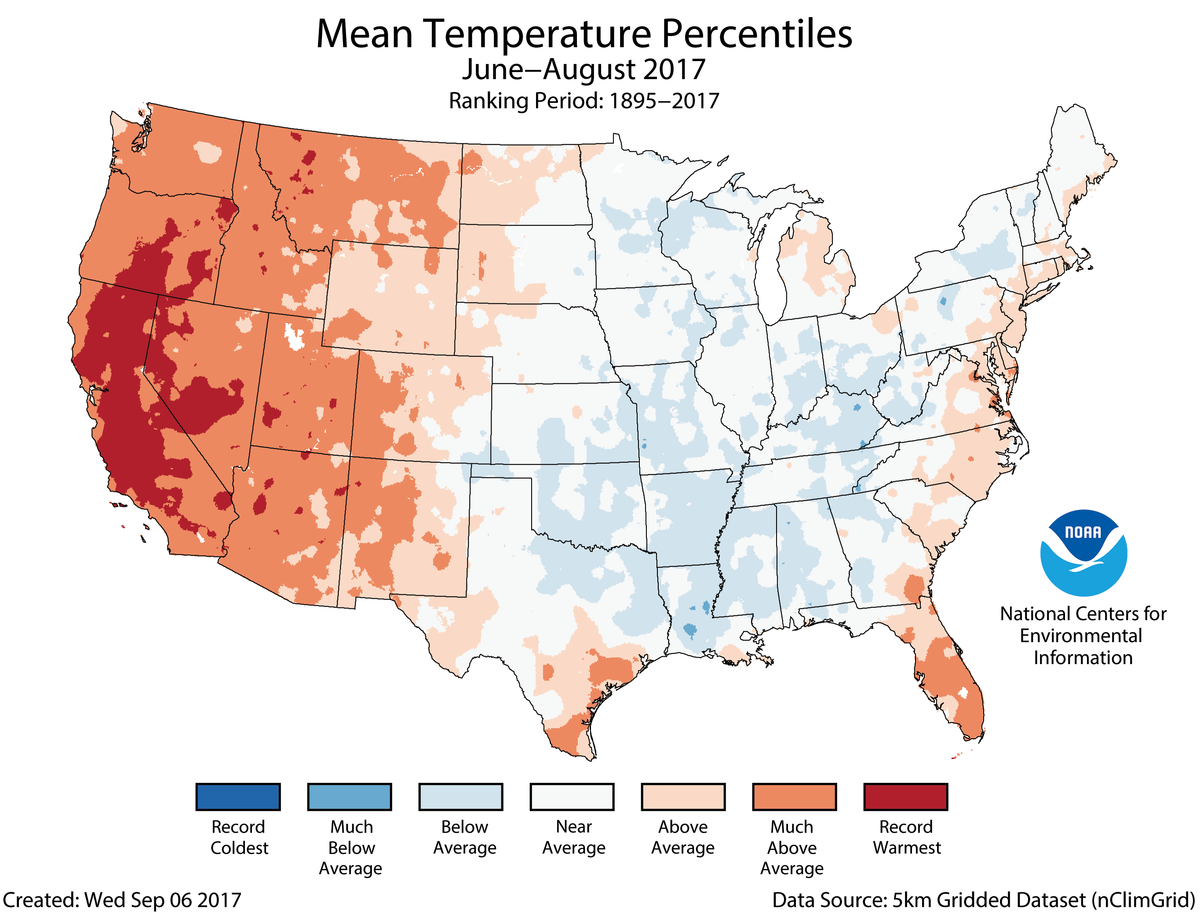 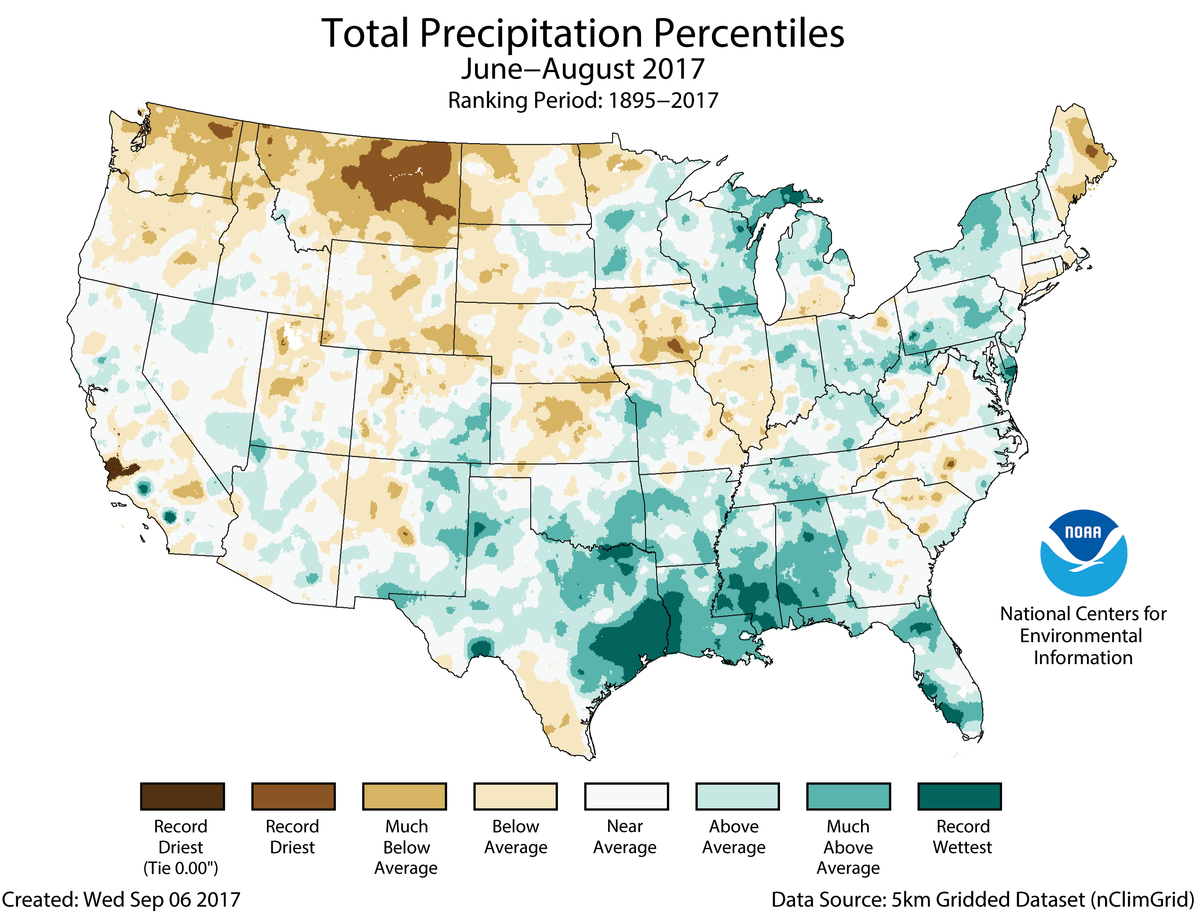 Other Summer Weather and Climate Indicators 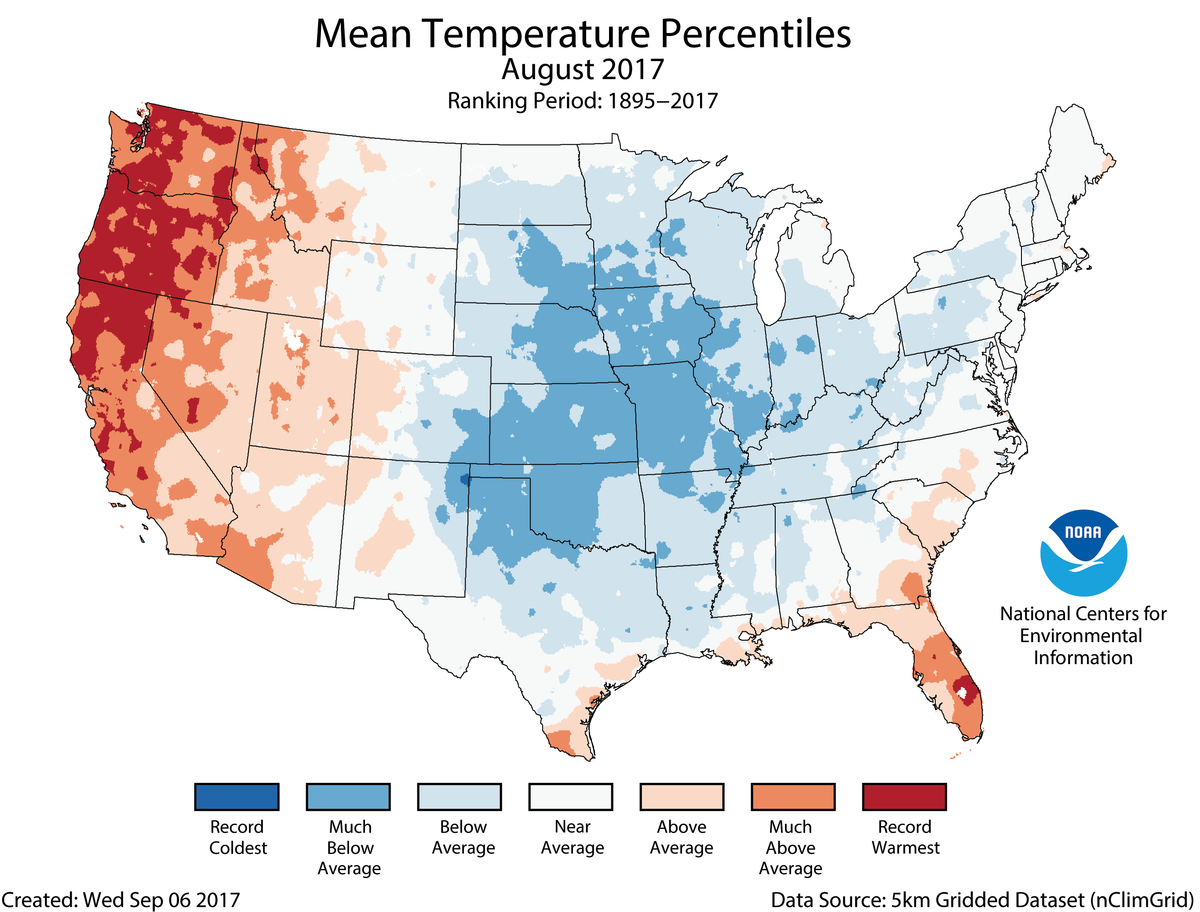 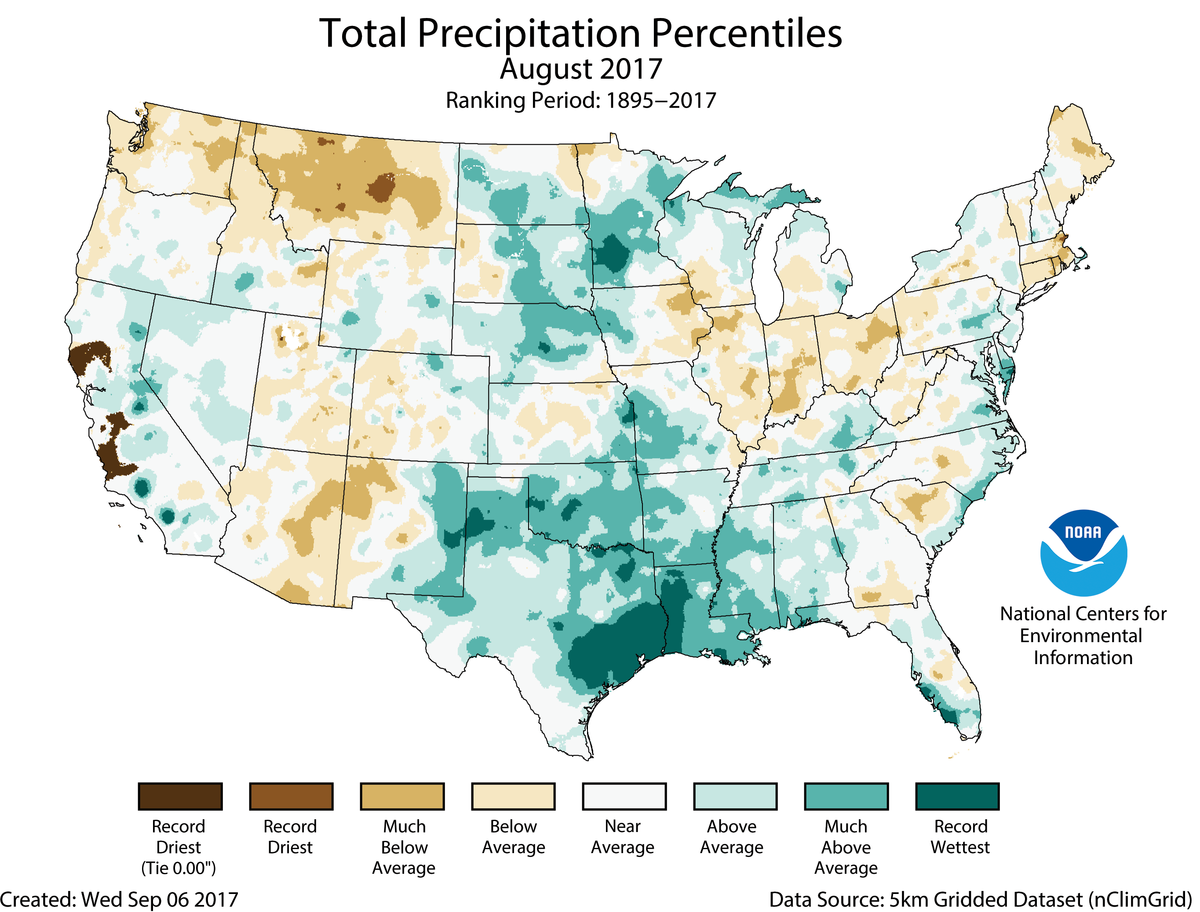 Other August Weather and Climate Indicators 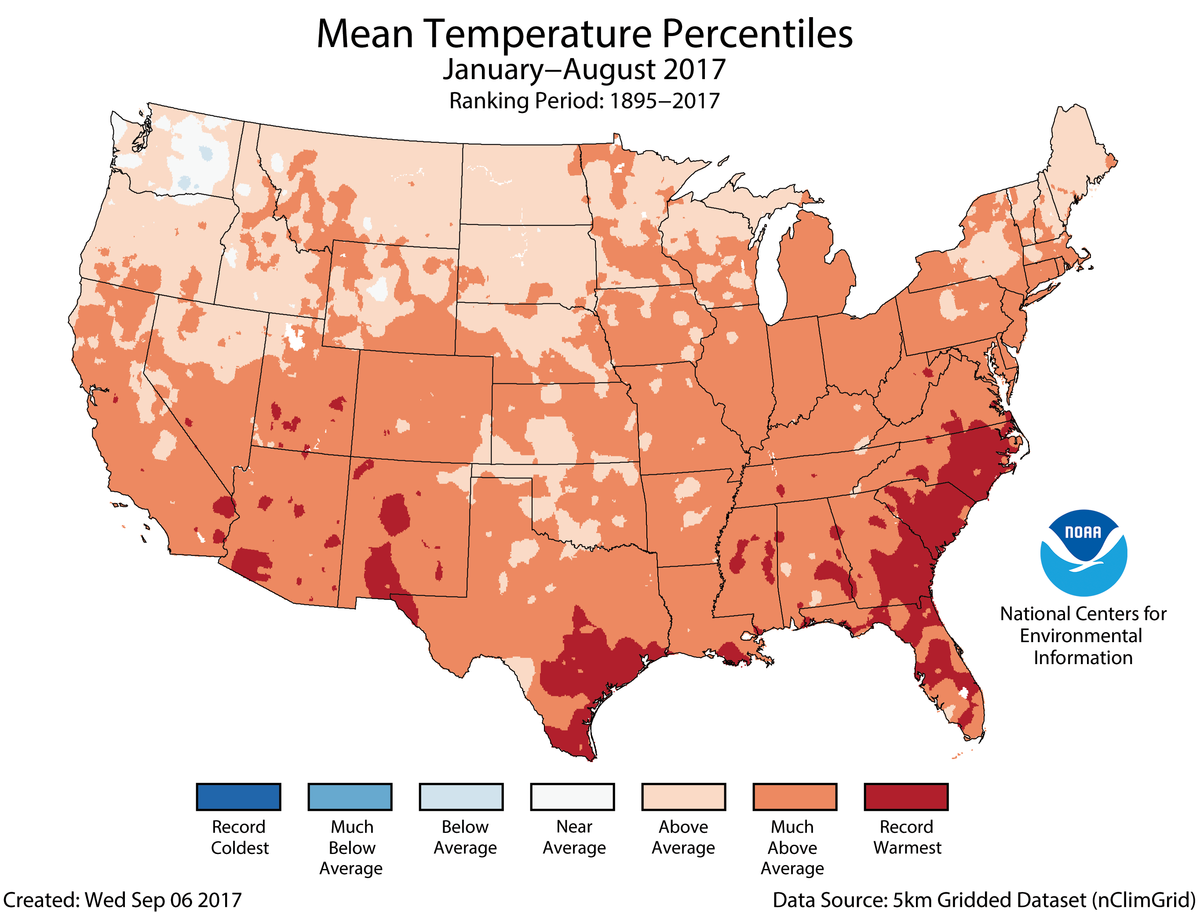 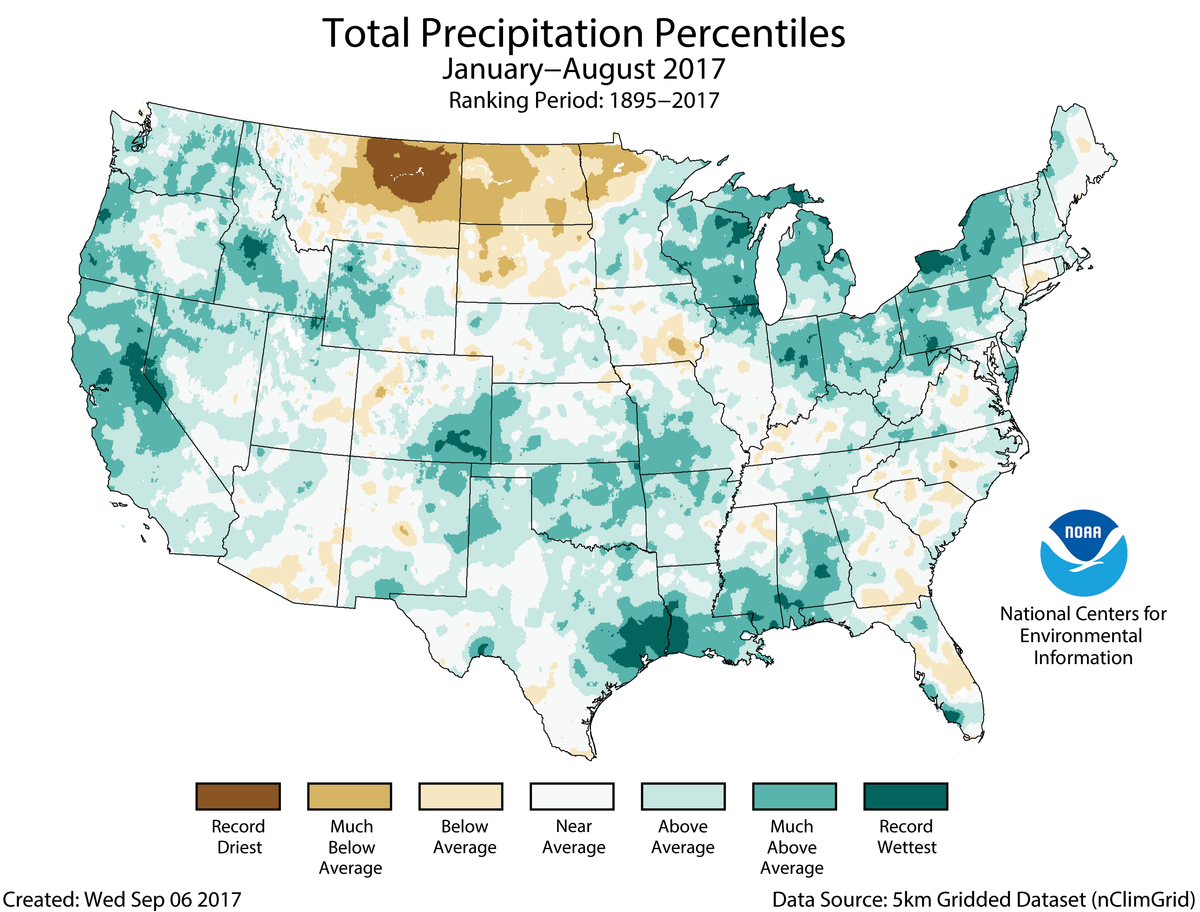 According to the September 12, 2017, U.S. Drought Monitor, moderate to exceptional drought covers 16.1% of the contiguous United

According to the February 23, 2021, U.S. Drought Monitor, moderate to exceptional drought covers 38.1% of the United States

According to the May 29, 2018, U.S. Drought Monitor, moderate to exceptional drought covers 22.1% of the United States, a slight