In August 1916, President Woodrow Wilson signed the act creating the National Park Service (NPS) to safeguard and steward the young but growing National Park System. The NPS mission is to preserve “unimpaired the natural and cultural resources and values of the National Park System for the enjoyment, education, and inspiration of this and future generations.” These preserved and pristine locations provided the perfect opportunity for collaboration with the U.S. Climate Reference Network (USCRN) program, which aims to monitor climate in stable, open landscapes. 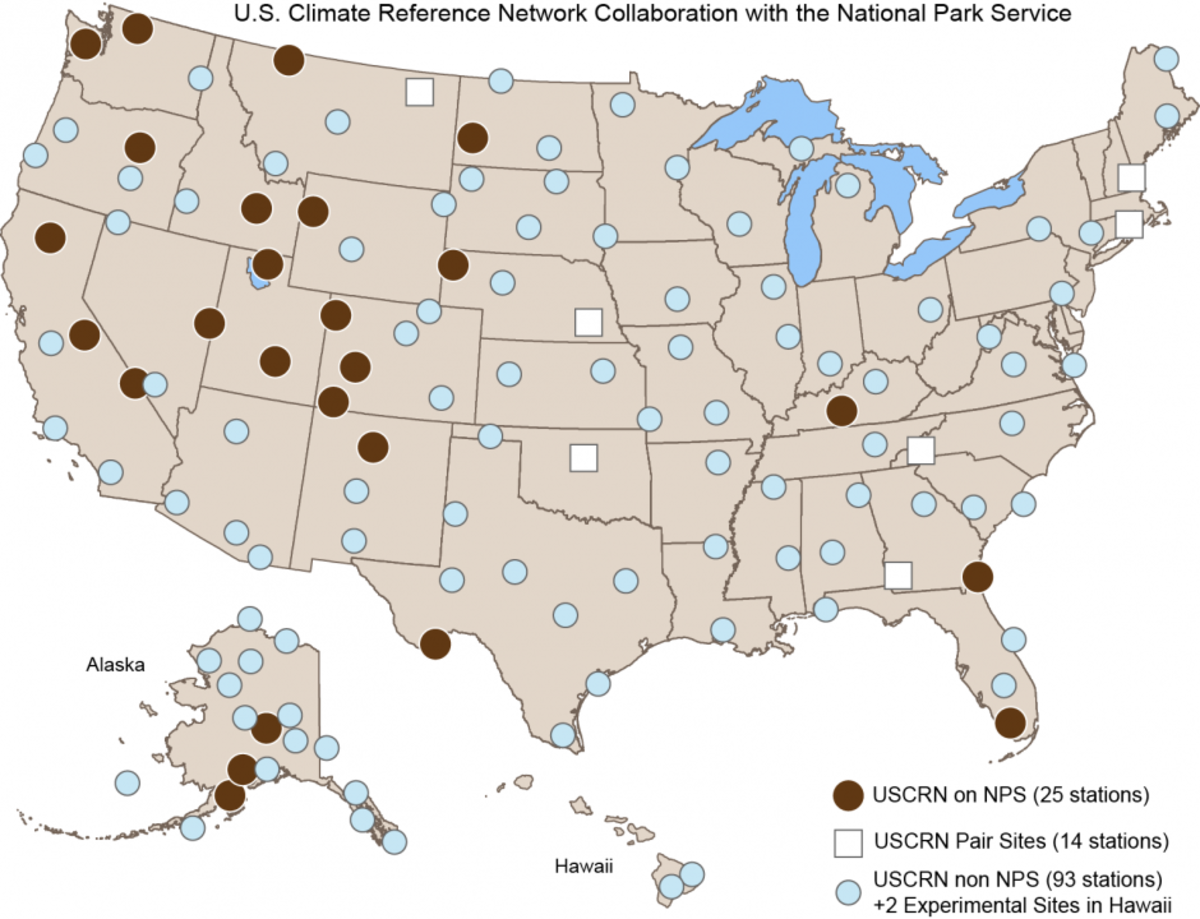 Since 2002, NCEI has managed and operated the USCRN in partnership with NOAA’s Atmospheric Turbulence and Diffusion Division. The USCRN’s mission is to monitor the climate across the United States in pristine locations for the next 50 years and provide user-driven information products based on these measurements. It consists of a systematic and sustained network of stations with sites across the conterminous United States, Alaska, and Hawaii. These stations use high-quality instruments to measure temperature, precipitation, soil conditions, and more.

The USCRN program has collaborated with the NPS since 2003, placing climate-observing stations in national park units around the country. Currently, 25 USCRN stations are located in NPS units. In commemoration of the NPS centennial, the USCRN program will release a series of reports describing the stations located in NPS sites across eight regions of the United States. These reports will also describe the environments in which the stations are located, recount interesting events, and provide a preliminary look at the climatology of these locations. Check out the table below to see all of the USCRN stations located in national parks.

According to the February 15, 2022, U.S. Drought Monitor, moderate to exceptional drought covers 47.8% of the United States