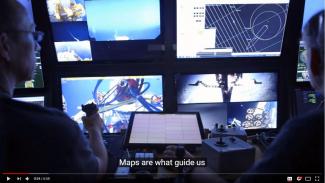 NOAA committed to furthering the ongoing international cooperation known as Seabed 2030 in June 2022. NOAA Administrator Rick Spinrad signed a Memo of Understanding at the UN World Ocean Conference to solidify our cooperation among project partners.

The World in Relief on ETOPO

By combining land topography, ocean bathymetry, and shoreline data, Earth TOPOgraphy (ETOPO) shows the world in relief. An even

In a seemingly endless and vast ocean, how do fishers actually manage to find fish? Do they rely on experience and grit alone

Preparing for the Worst

Before and after a storm, NCEI scientists work hard at better preparing coastal communities for future tropical cyclones and

Luck of the Irish Sea