A strong upper-level low pressure system slowly moved across the contiguous United States this week. Potent cold fronts and surface lows associated with this system spread above-normal precipitation across parts of the central to northern Plains, Midwest, Appalachian chain to Northeast, and central to eastern Gulf of Mexico coast. Clouds, rain, and cold air behind the fronts gave the Middle Mississippi Valley to Southeast below-normal temperatures for the week.

Pacific fronts brought above-normal precipitation to parts of the Pacific Northwest, but most of the West was drier and warmer than normal beneath upper-level ridging. The northern Plains to Northeast and Mid-Atlantic states were also warmer than normal for the week, while much of the Great Lakes, southern Plains, and coastal Carolinas also had a drier-than-normal week.

Drought contracted or was reduced in intensity in parts of the Plains, Mid- to Upper Mississippi Valley, Northeast, and Pacific Northwest to central Rockies, but expanded or intensified in the southern Plains, western Great Lakes, and Carolinas. Overall, expansion exceeded contraction, with the nationwide moderate to exceptional drought area increasing this week.

Abnormal dryness and drought are currently affecting over 112million people across the United States including Puerto Rico—about 36.2% of the population. 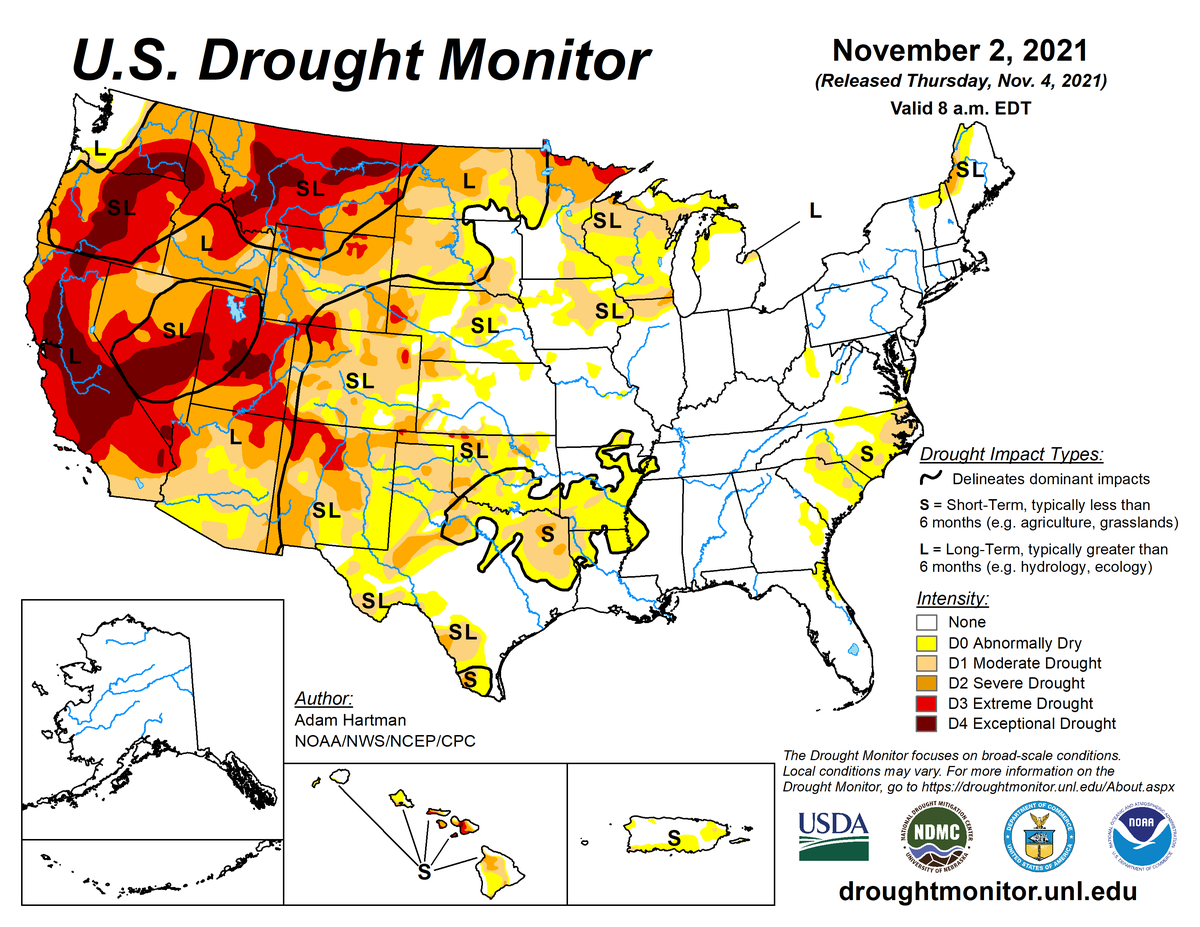 When it was dedicated in 1874, the Eads Bridge in St. Louis was the first to be constructed of true steel and was touted as