According to the April 10, 2018, U.S. Drought Monitor, moderate to exceptional drought covers 29.7% of the contiguous United States, a slight increase from last week’s 29.4%. Extreme and exceptional drought—the worst categories—expanded to cover 8.1% of the Lower 48, up from 7.6% last week.

The upper-level circulation pattern tried to establish a long-wave ridge over the West and long-wave trough over the eastern contiguous United States during this U.S. Drought Monitor week, but a strong and mostly westerly flow sent upper-level weather systems streaking through this pattern. The fast-moving upper-level troughs and closed lows dragged Pacific weather systems and fronts along with them. The lows and fronts brought above-normal precipitation to much of the West Coast to central and northern Rockies.

The weather systems were dried out by the time they reached the Plains, but the lows rejuvenated along fronts that plunged into the Southeast, bringing above-normal precipitation to the Lower Mississippi Valley northeastward to the eastern Great Lakes, and also along parts of the Southeast Coast. By the time they reached the East Coast, the lows congregated over eastern Canada, and the flow pattern around this eastern Canada trough sent cold Canadian air masses southward across the northern Plains and into the Midwest. This gave most of the Lower 48 east of the Rockies a cooler-than-normal week, while the struggling ridge over the West brought warmer-than-normal temperatures there.

Abnormal dryness and drought are currently affecting over 106 million people across the United States—about 34.3% of the country’s population. 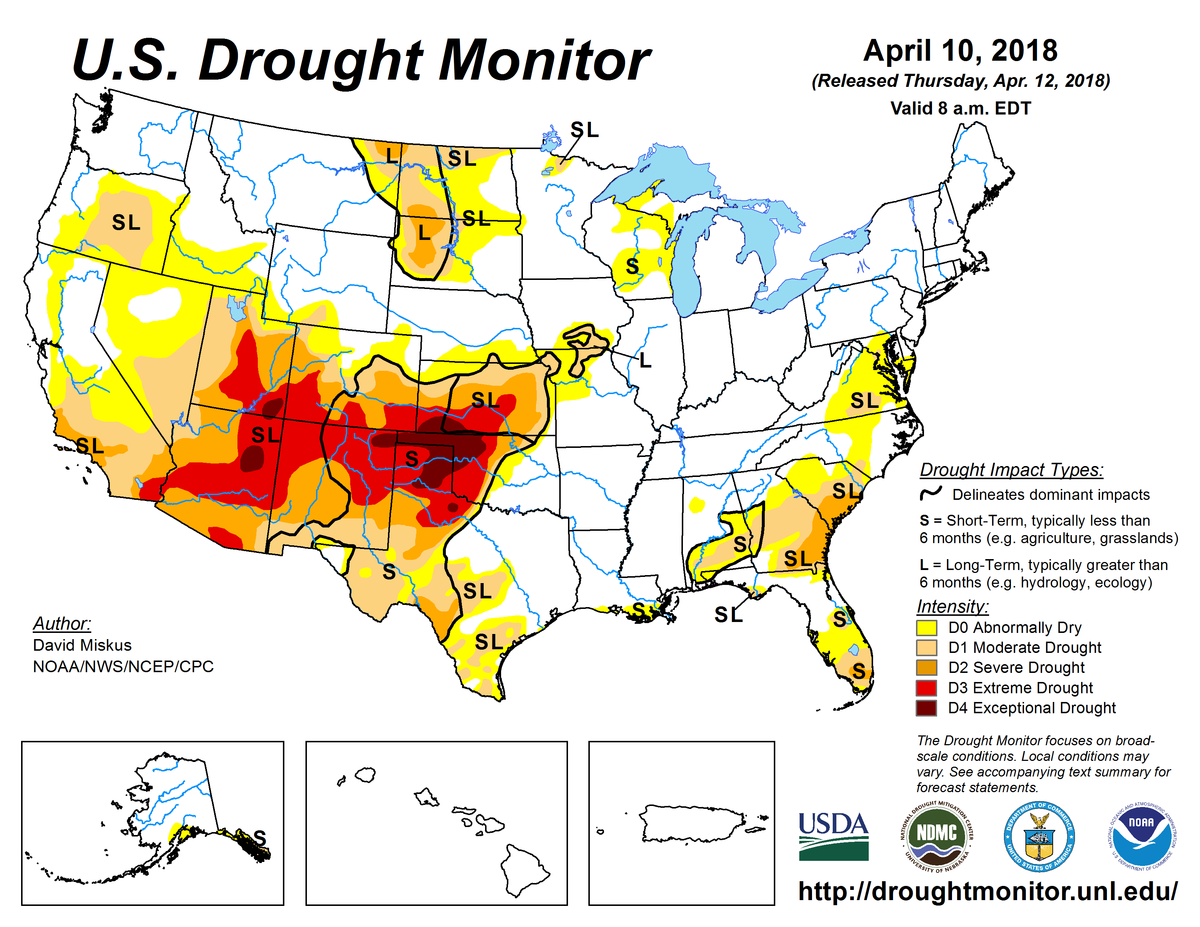 According to the July 2, 2019, U.S. Drought Monitor, moderate to extreme drought covers 3.3% of the United States and Puerto

According to the January 5, 2021, U.S. Drought Monitor, moderate to exceptional drought covers 38.3% of the United States