Three significant weather systems moved across the contiguous United States (CONUS) during the week of April 6-12. They were associated with large troughs of low pressure in the upper levels of the atmosphere. The week began with a trough over the eastern CONUS and a ridge over the West, and ended with the ridge shifting east and a new trough developing over the West.

The troughs and their associated surface cold fronts gave much of the country a colder-than-normal week; only New England and California to Texas averaged warmer than normal for the week. The weather systems spread above-normal precipitation across parts of the Pacific Northwest, northern Rockies, Upper Mississippi Valley, Southeast, and Ohio Valley, and much of the central Appalachians to Northeast. Severe weather accompanied the fronts and surface low pressure systems in the central Plains to Southeast. But most of the West and Plains, and parts of the Mississippi Valley and Gulf of Mexico Coast, were drier than normal, with no precipitation at all falling from the Southwest to parts of the southern and central High Plains geographical areas. Drought or abnormal dryness contracted or decreased in intensity in parts of the Upper Mississippi Valley, Northeast, and Southeast where it was wet, and in the Lower Mississippi Valley to reflect improving conditions.

Drought or abnormal dryness expanded or intensified across parts of the West and central and southern Great Plains where drier-than-normal conditions continued. Like the previous two weeks, contraction exceeded expansion, with the nationwide moderate to exceptional drought area decreasing this week, but the area of most intense drought (extreme to exceptional drought) increased.

Abnormal dryness and drought are currently affecting over 143 million people across the United States including Puerto Rico—about 46.0% of the population. 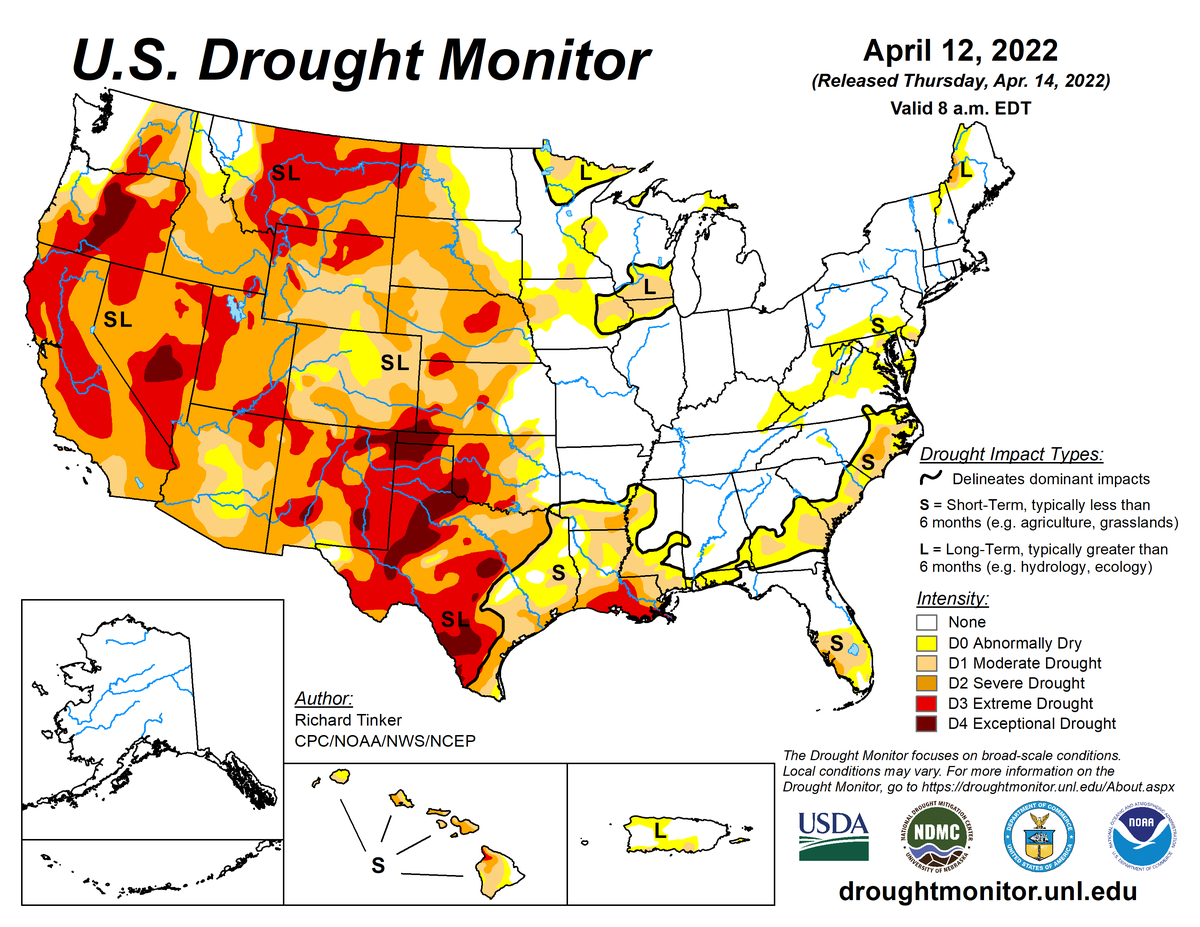 According to the December 19, 2017, U.S. Drought Monitor, moderate to extreme drought covers 26.2% of the contiguous United