Two rapidly-moving, strong storm systems brought severe weather and widespread precipitation to many areas of the contiguous United States, including heavy snows to parts of the north-central Rockies, north-central Plains, and western Great Lakes region. In the Northwest, moderate precipitation falling on an unseasonably late (and above-normal) mountain snowpack (due to a minimal melt from a cold spring) produced near- to record high stream flows in much of Oregon and southern Washington.

Widespread precipitation fell across Idaho, Montana, northeastern Nevada, Utah, and Wyoming. The Plains saw moderate to heavy rains that moved into the lower Mississippi and Tennessee Valleys. South Dakota was buried under heavy snow, while moderate to heavy snows fell over Minnesota, Wisconsin, northern Michigan, and northern Illinois. In contrast, most of the Southwest, extreme southern, central, and extreme northern Plains saw little or no precipitation.

Abnormal dryness and drought are currently affecting over 39 million people across the United States—about 12.8% of the country’s population. 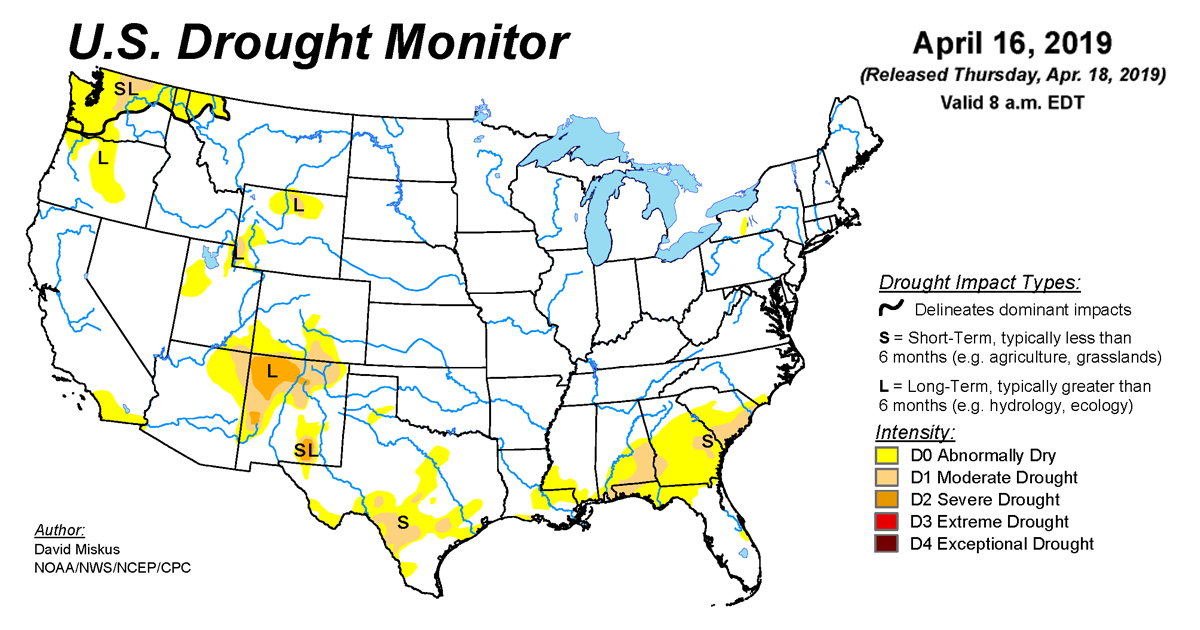 According to the February 26, 2019, U.S. Drought Monitor, moderate to exceptional drought covers 10.7% of the United States, a

According to the August 24, 2021, U.S. Drought Monitor, moderate to exceptional drought covers 39.6% of the United States