According to the April 17, 2018, U.S. Drought Monitor, moderate to exceptional drought covers 28.9% of the contiguous United States, a decrease from last week’s 29.7%. Extreme and exceptional drought—the worst categories—expanded to cover 8.2% of the Lower 48, up from 8.1% last week.

A vigorous upper-level circulation dominated the weather over the contiguous United States during this U.S. Drought Monitor week. Large, strong upper-level troughs and closed lows moved rapidly across the country, dragging cold fronts that brought Pacific air masses into the West. The upper-level systems helped generate surface low pressure systems that triggered severe weather in the East and pulled colder Canadian air masses across the Plains behind them, with some cold fronts reaching deep into the South and across the Gulf of Mexico.

The storm track mostly missed the interior West, Southwest, and southern to central Plains, where little to no precipitation fell, continuing a dry trend which, in places, has lasted 6 months or longer. With deep upper-level lows and surface cold fronts dominating the weather, the week ended up colder than normal across most of the contiguous United States, except for an area centered in the Southwest and another centered in the central Appalachians to Mid-Atlantic Coast.

As a result of this week’s precipitation pattern, drought and abnormal dryness contracted in the northern Plains, western Great Lakes, and South to Mid-Atlantic regions, while drought intensified in the areas experiencing persistent dryness. 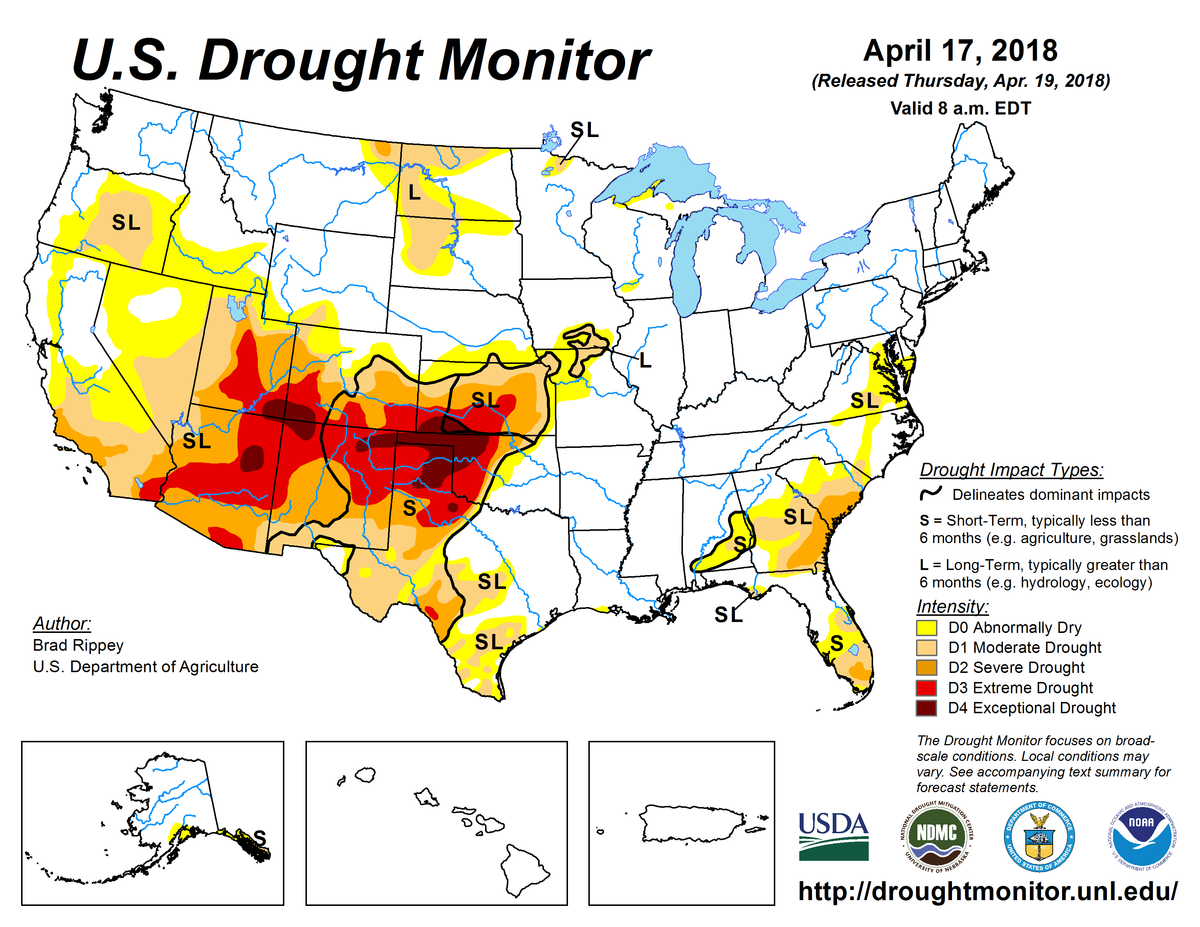 In honor of Independence Day, we take a look at the country’s historical July climate conditions and Climate Normals for several