The upper-level circulation over the contiguous United States consisted of a ridge over the West Coast and trough over the north central states. Strong closed lows rotated within this upper-level flow, bounding from the Southwest to the Northeast in their trek across the country. The ridge blocked Pacific moisture from entering the country and kept the West Coast warmer than normal for the week. The trough funneled cold and dry Canadian air masses into the Plains. The resulting cold fronts moved south and east, bringing colder-than-normal air to much of the contiguous United States from the Great Basin to the Appalachians and beyond to the Mid-Atlantic Coast. Only parts of the Southeast and Northeast averaged warmer than normal for the week.

The fronts and their surface lows brought rain and snow to the northern and central Rockies as they bumped up against the mountains, with precipitation amounts meeting or exceeding weekly normals in parts of the northern to central Rockies and High Plains. The fronts and surface lows spread above-normal rainfall across Oklahoma and northern Texas to Florida, with amounts along the northern Gulf Coast exceeding 5 inches in places. They also brought rain to the Northeast, with some areas nearing or exceeding weekly normals. But much of the West, northern Plains to Ohio Valley, Southeast, and Maine were drier than normal for the week.

Abnormal dryness and drought are currently affecting over 166million people across the United States including Puerto Rico—about 53.6% of the population. 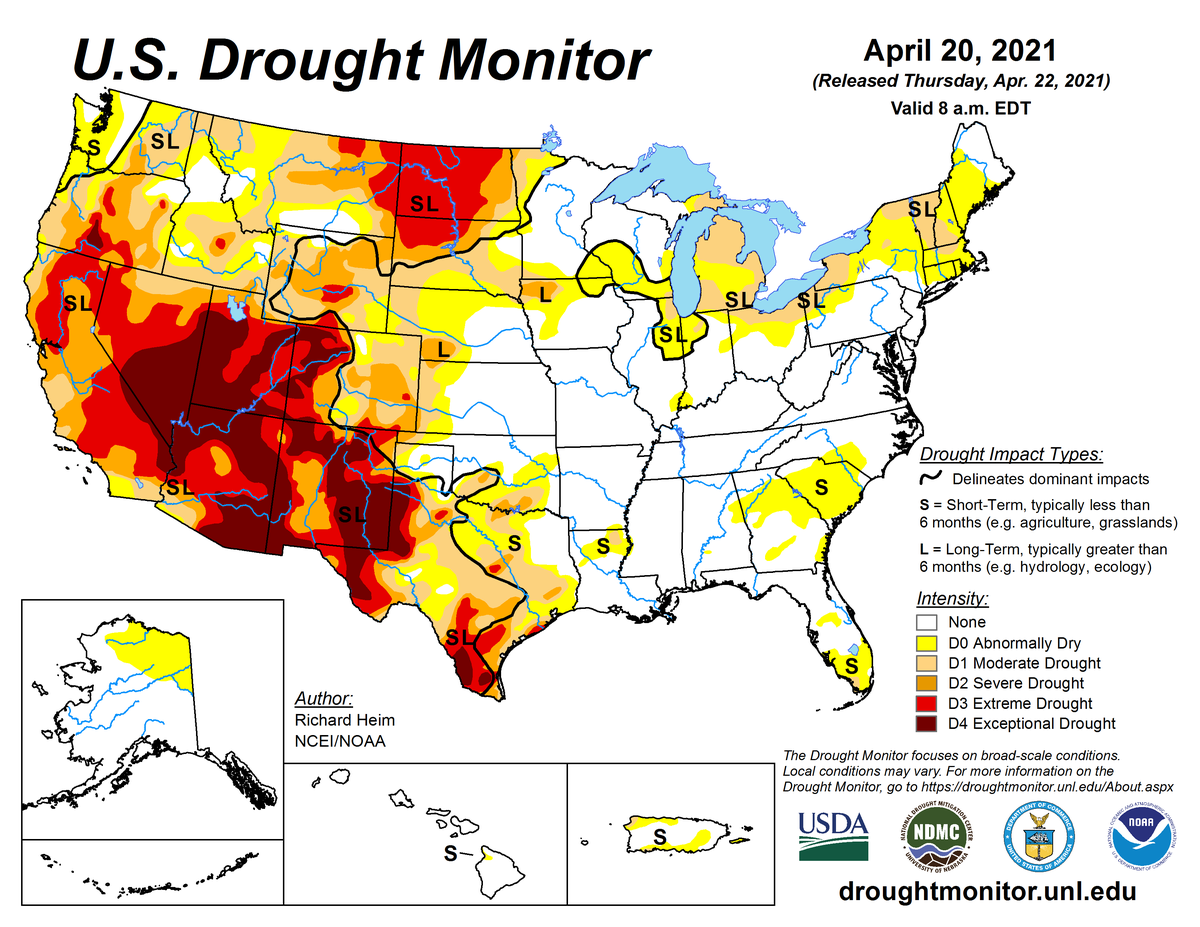 According to the September 26, 2017, U.S. Drought Monitor, moderate to exceptional drought covers 13.8% of the contiguous United