Abnormal dryness and drought are currently affecting over 182  million people across the United States including Puerto Rico—about 58% of the population. 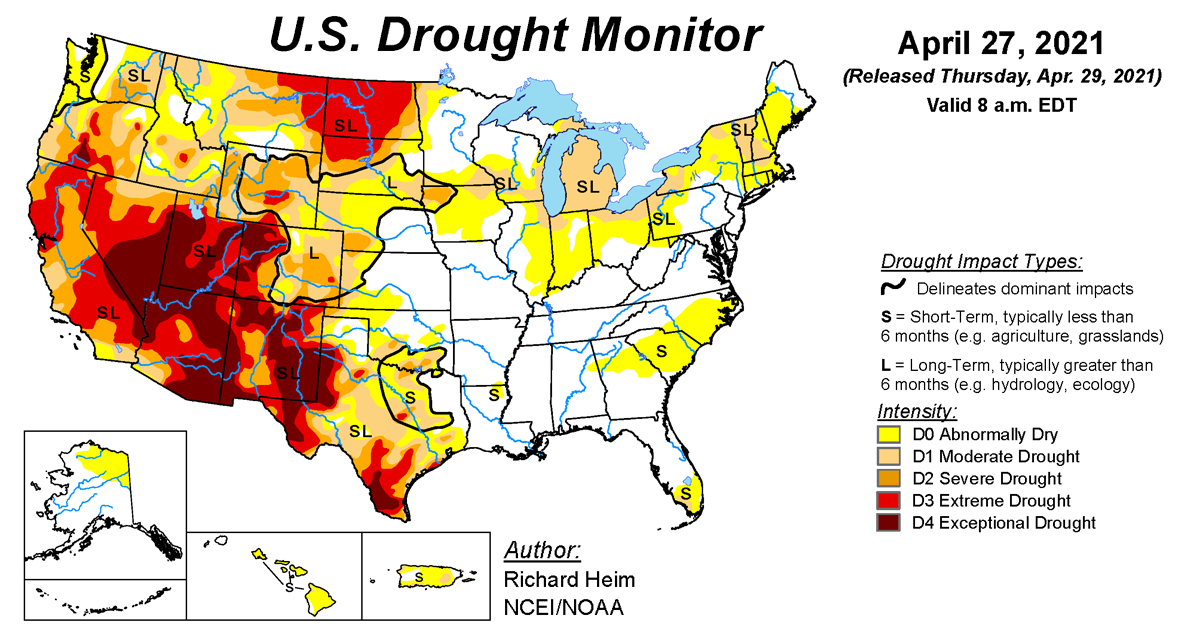