The upper-level ridge over the Pacific shifted eastward to over the western contiguous United States, while an upper-level trough held sway over eastern North America. The ridge generally kept weather conditions warmer and drier than normal over the West to Plains, although some Pacific weather systems brought precipitation to parts of the Pacific Northwest. Some weather systems moving in this flow pattern were re-energized once they reached the Plains, picking up Gulf of Mexico moisture and spreading above-normal precipitation across parts of the central Plains, Southeast, Ohio Valley, and Northeast.

The weather systems, with their clouds, rain, and associated fronts, kept much of the contiguous United States east of the Mississippi cooler than normal for the week. Drought and abnormal dryness expanded or intensified in parts of the West and Plains where the lack of rain persisted, but they contracted along parts of the Gulf Coast, which saw wet conditions this week. As a result, the national drought footprint changed very little.

Abnormal dryness and drought are currently affecting over 58 million people across the United States including Puerto Rico—about 18.9% of the population. 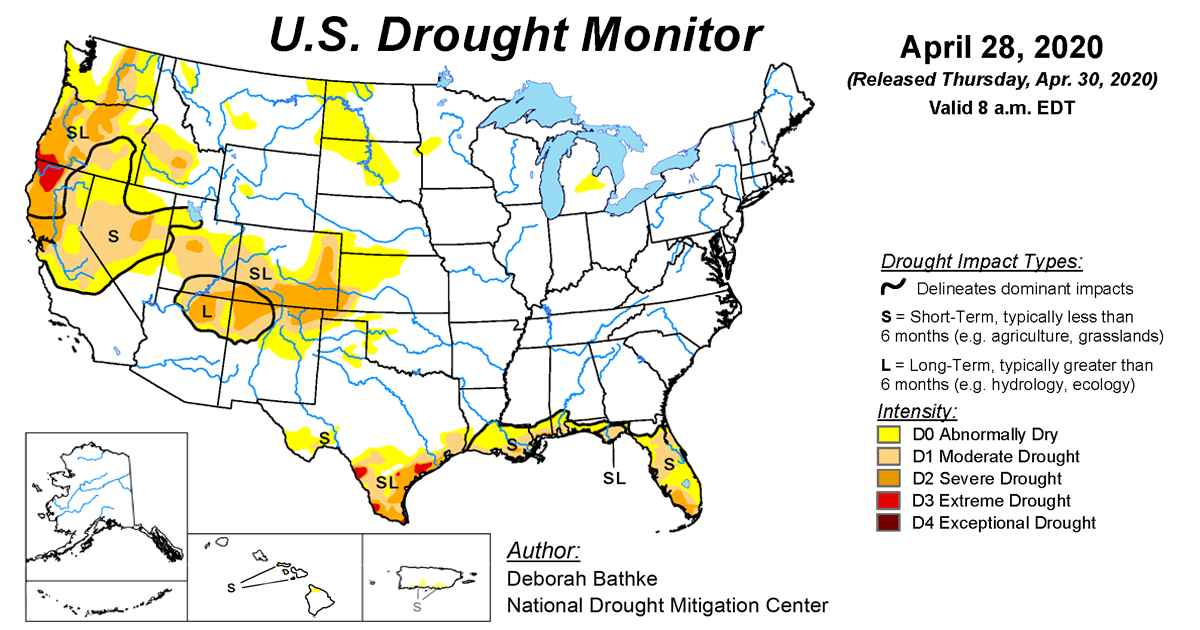