According to the April 3, 2018, U.S. Drought Monitor, moderate to exceptional drought covers 29.4% of the contiguous United States, a decrease from last week’s 30.8%. Extreme and exceptional drought—the worst categories—expanded to cover 7.6% of the Lower 48, up from 7.3% last week.

This U.S. Drought Monitor week began with a stalled cold front that tapped Gulf of Mexico moisture to dump heavy precipitation from eastern Texas to the eastern Great Lakes. Another front later in the week brought above-normal precipitation to the northern and central High Plains to the western Great Lakes, and to parts of the Ohio Valley to central Appalachians.

A high pressure ridge formed in the upper atmosphere over the West. This redirected Pacific weather systems to the north and left much of the West warmer and drier than normal.

An upper-level trough developed over central Canada and extended its influence into the north-central contiguous United States. The trough funneled colder-than-normal air masses into the central Lower 48 and was partially responsible for the stalled front earlier in the week.

With the southern storm track extending from Texas to the eastern Great Lakes, much of the country from the Southeast to coastal New England missed out on the precipitation and was drier than normal. As a result, drought and abnormal dryness contracted in parts of the Plains to western Great Lakes, while drought expanded or intensified in parts of the Southeast and Southwest to central Plains.

Abnormal dryness and drought are currently affecting nearly 105 million people across the United States—about 33.7% of the country’s population. 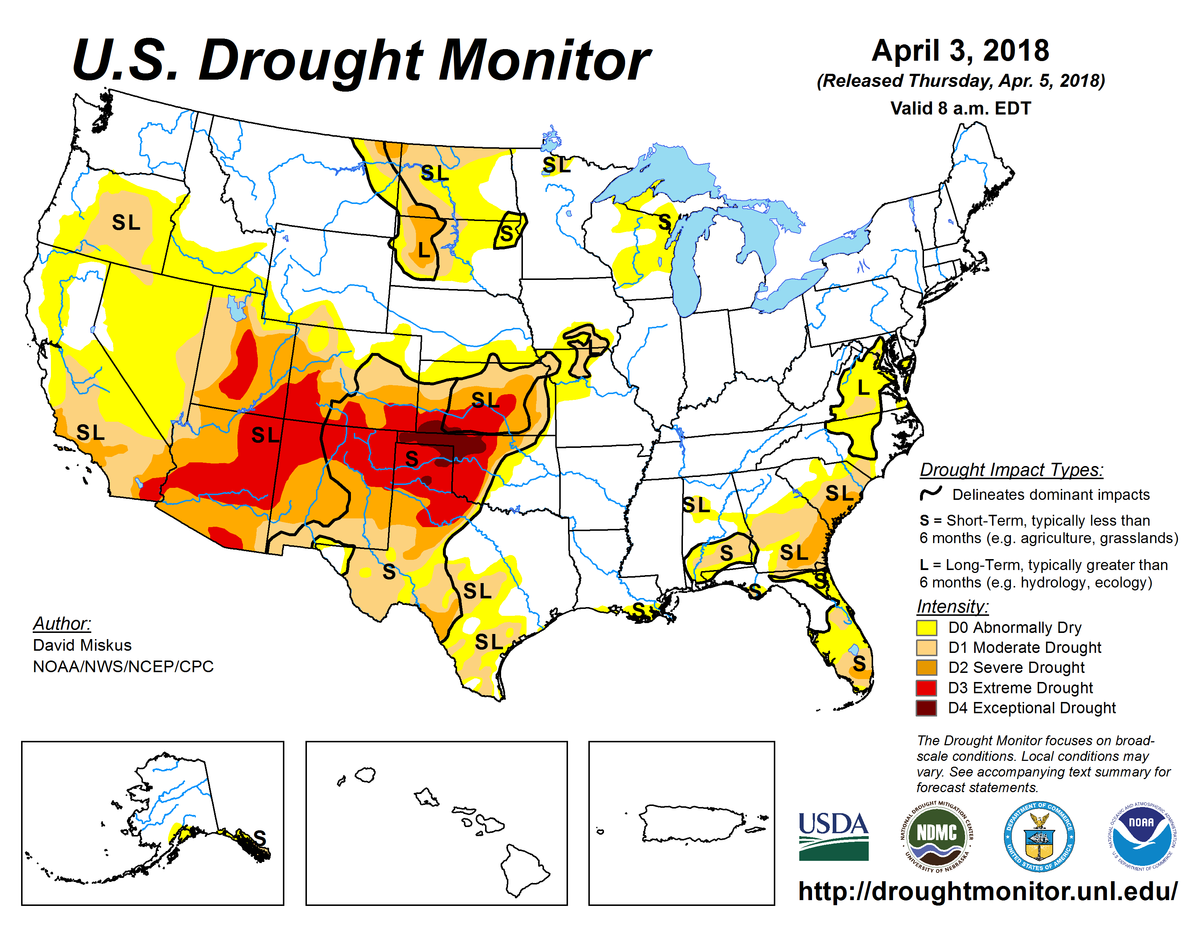 According to the March 5 U.S. Drought Monitor, moderate to exceptional drought covers 10.4% of the United States.

One of NCEI’s most popular datasets has undergone improvements to generate better reports about local climate conditions.

The March 2017 three-month summaries of climate impacts and outlooks are now available for 10 regions and subregions.