According to the April 30, 2019, U.S. Drought Monitor, moderate to severe drought covers 2.6% of the United States, the same amount of area as last week. The worst drought categories (extreme to exceptional drought) stayed the same as last week—0%—for the sixth week in a row.

An upper-level ridge off the West Coast kept much of the West warmer and drier than normal. However, a couple of upper-level weather systems undercut the ridge and moved along the U.S.-Mexico border. Once they crossed the Rockies, they tapped Gulf of Mexico moisture and moved northeast, spreading above-normal precipitation across much of the southern Plains to the Ohio Valley. One of them triggered severe weather in the South.

Meanwhile, another branch of the jet stream hugged the U.S.-Canadian border, sending Pacific weather systems across the northern tier states. These systems, and their associated surface lows and fronts, brought below-normal temperatures and above-normal precipitation to much of the northern Plains. Some of them merged with the southern systems over the Northeast to deliver wetter- and colder-than-normal weather to that region. The North Atlantic high-pressure center nosed into the Southeast, helping keep precipitation below normal and temperatures above normal across much of the Southeast to Mid-Atlantic region. As a result of these competing atmospheric features, drought and abnormal dryness continued to contract in parts of the West and Texas, with a bit of expansion in the Southeast and Kansas. Some drought expansion or intensification also occurred in Hawaii, Puerto Rico, and the U.S.-Affiliated Pacific Islands.

Abnormal dryness and drought are currently affecting over 28 million people across the United States—about 9.2% of the country’s population. 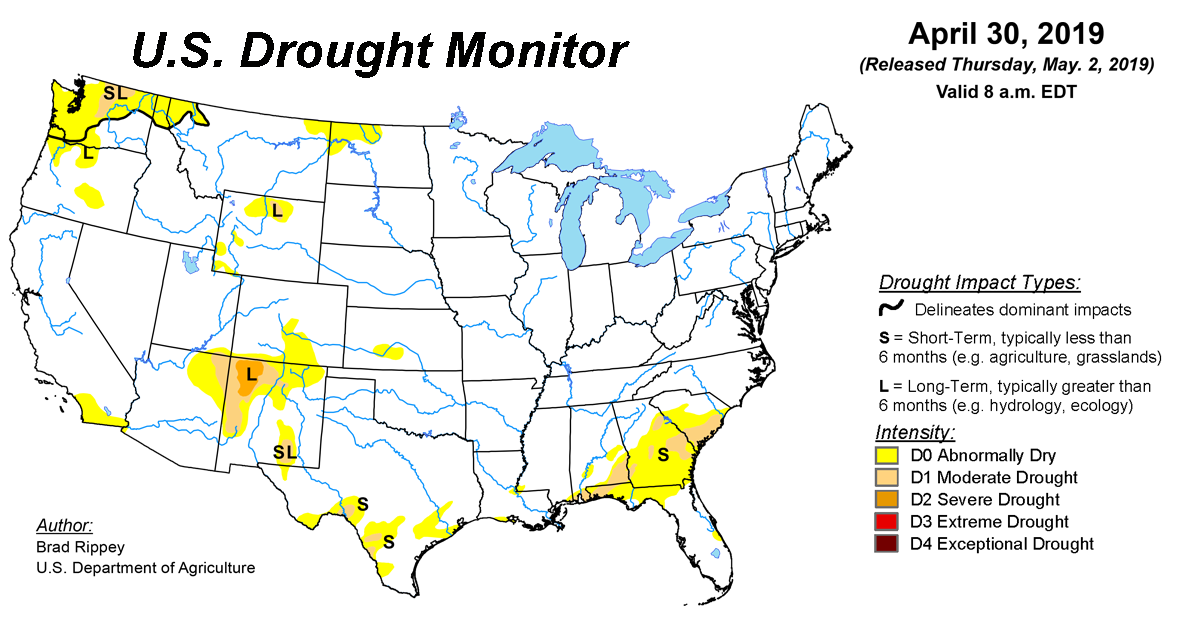 How do pack rats help us learn about past climate? About the size of a laboratory rat, pack rats or wood rats gather plant