According to the April 4, 2017, U.S. Drought Monitor, moderate to extreme drought covers 9.8% of the contiguous United States, a decrease from last week’s 14.2%. This marked the first time since August 2010 that less than 10% of the country was in drought. It was also the largest single-week decrease since May 2015 and the 11th largest decrease in the U.S. Drought Monitor’s 900-week history. Areas in extreme drought also decreased from 0.2% last week to 0.1%. No areas were in exceptional drought, the worst category.

During this U.S. Drought Monitor week, an active weather pattern ensued across the contiguous United States. Larger, contiguous areas of heavy precipitation (greater than 2 inches) were observed from Kansas east-northeastward across the Midwest to Lower Michigan, the Lower Mississippi Valley and Gulf Coast area, parts of the Appalachians and adjacent foothills, portions of the Northeast and mid-Atlantic, and the Pacific Northwest. Light precipitation (less than 0.5-inch) was observed across most of California and the Southwest, leeward slopes of the Cascades in Washington and Oregon, the north-central contiguous United States, eastern Maine, and central and southern Florida. Moderate precipitation (0.5-2.0 inches) was generally reported elsewhere.

During the past week, there have been numerous severe weather reports, primarily across the southeastern quadrant of the contiguous United States, but also overspreading the Midwest and Ohio Valley. A few small changes were made to the drought depiction across southern and eastern Georgia and adjacent counties in South Carolina, which have seen increasing dryness and well above-normal temperatures this past week. Once the storm currently influencing this area departs, there will be more time available for a more realistic reassessment of conditions next week. 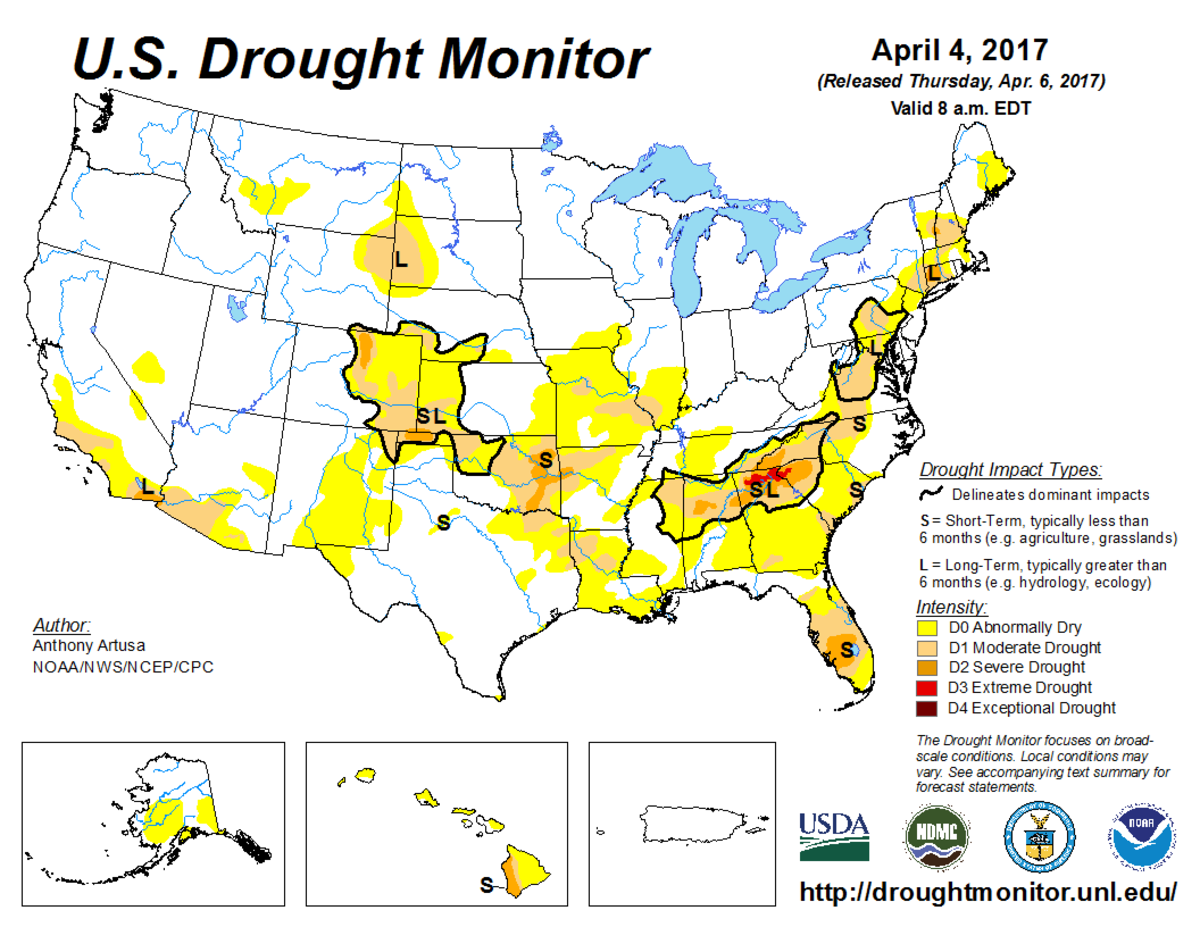 On March 12–14, 1993, a massive storm system bore down on nearly half of the U.S. population. Causing approximately $5.5 billion

According to the May 2, 2017, U.S. Drought Monitor, moderate to extreme drought covers 5.0% of the contiguous United States, a

According to the January 30, 2018, U.S. Drought Monitor, moderate to extreme drought covers 38.4% of the contiguous United