A strong upper-level low-pressure system migrated across the western United States, while a surface low-pressure and frontal system moved across the central and eastern contiguous United States. These weather systems brought precipitation to several areas, with above-normal precipitation amounts limited to parts of California, Nevada, the northern Rockies, the northern Plains, northern New England, and southern Texas. The rest of the contiguous United States was drier than normal.

The fronts and low-pressure systems left a patchwork of temperature anomalies across the country, with colder-than-normal temperatures dominating the week over the West to Plains, and warmer-than-normal temperatures limited to parts of the Southwest, Deep South, and Great Lakes to Northeast. There were a few areas of drought contraction and expansion in parts of the West and Plains, with the greatest changes being contraction in southern Texas and expansion along the rest of the Gulf Coast.

Abnormal dryness and drought are currently affecting over 62 million people across the United States including Puerto Rico—about 20% of the population. 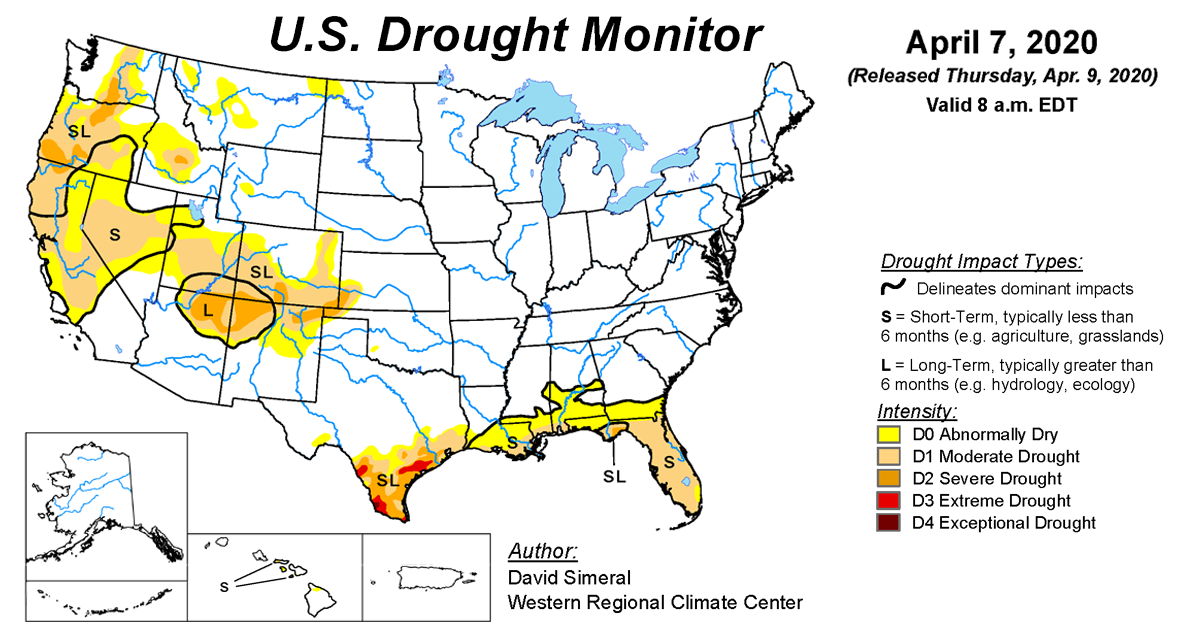 According to the October 15 U.S. Drought Monitor, moderate to extreme drought covers 18.5% of the United States including Puerto Rico.

According to the September 26 U.S. Drought Monitor, moderate to extreme drought covers 13.8% of the contiguous U.S.

According to the February 13 U.S. Drought Monitor, moderate to extreme drought covers 36.3% of the contiguous U.S.