According to the April 9, 2019, U.S. Drought Monitor, moderate to severe drought covers 4.3% of the United States, a decrease from last week’s 5.4%. The worst drought categories (extreme to exceptional drought) stayed the same for the third consecutive week—0%.

Canadian air masses over the eastern contiguous U.S. were replaced by milder Pacific air masses, resulting in warmer-than-normal temperatures expanding across the country. Pacific weather systems accompanied the milder air masses. Some brought above-normal precipitation to the Northwest, while others tapped Gulf of Mexico moisture to spread above-normal rainfall across the South, from Texas to North Carolina. The areas in between these two storm tracks missed the rainfall, resulting in below-normal precipitation across the Southwest, much of the central to northern Plains, and from the Ohio Valley to much of the Northeast. The precipitation contracted drought and abnormal dryness in parts of the Pacific Northwest and parts of Texas to the Carolinas, while drought or abnormal dryness expanded in other parts of the South and was introduced in a few spots of Appalachia and the Northeast.

Abnormal dryness and drought are currently affecting over 47 million people across the United States—about 15.2% of the country’s population. 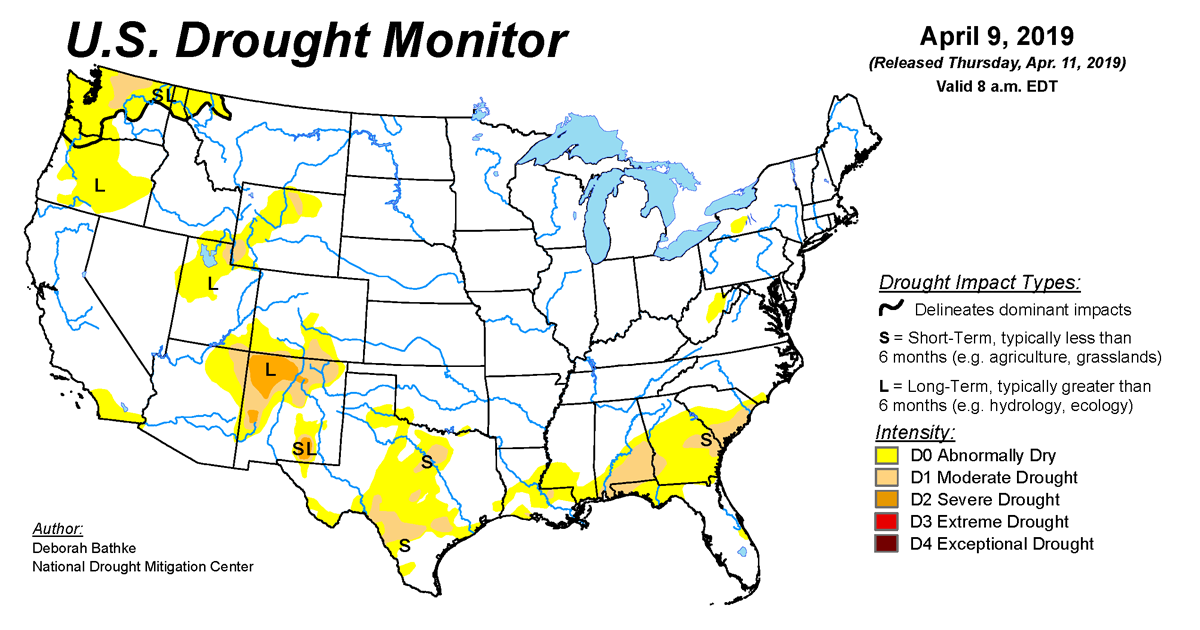 Years with heavy seasonal snow and extreme snowstorms continue to occur with great frequency as the climate has changed. The

According to the February 13, 2018, U.S. Drought Monitor, moderate to extreme drought covers 36.3% of the contiguous United