For most of this U.S. Drought Monitor week, an upper-level ridge of high pressure dominated the western contiguous United States, an upper-level trough held sway over the eastern Lower 48, and the Bermuda High controlled the weather over much of the North Atlantic. This circulation pattern helped to deflect tropical cyclones away from the contiguous United States, steering Hurricane Franklin across Mexico and keeping Hurricane Gert out to sea over the Atlantic.

The ridge/trough pattern over the Lower 48 shifted to the east near the end of the week. But for most of the week, cold fronts guided by the upper-level trough brought below-normal temperatures to most of the contiguous United States, especially from the Plains to Midwest. The fronts and low pressure systems triggered showers and thunderstorms which brought above-normal precipitation to parts of the central Rockies, Great Plains, and Southeast. Precipitation was below normal across much of the West, Midwest, and Northeast. 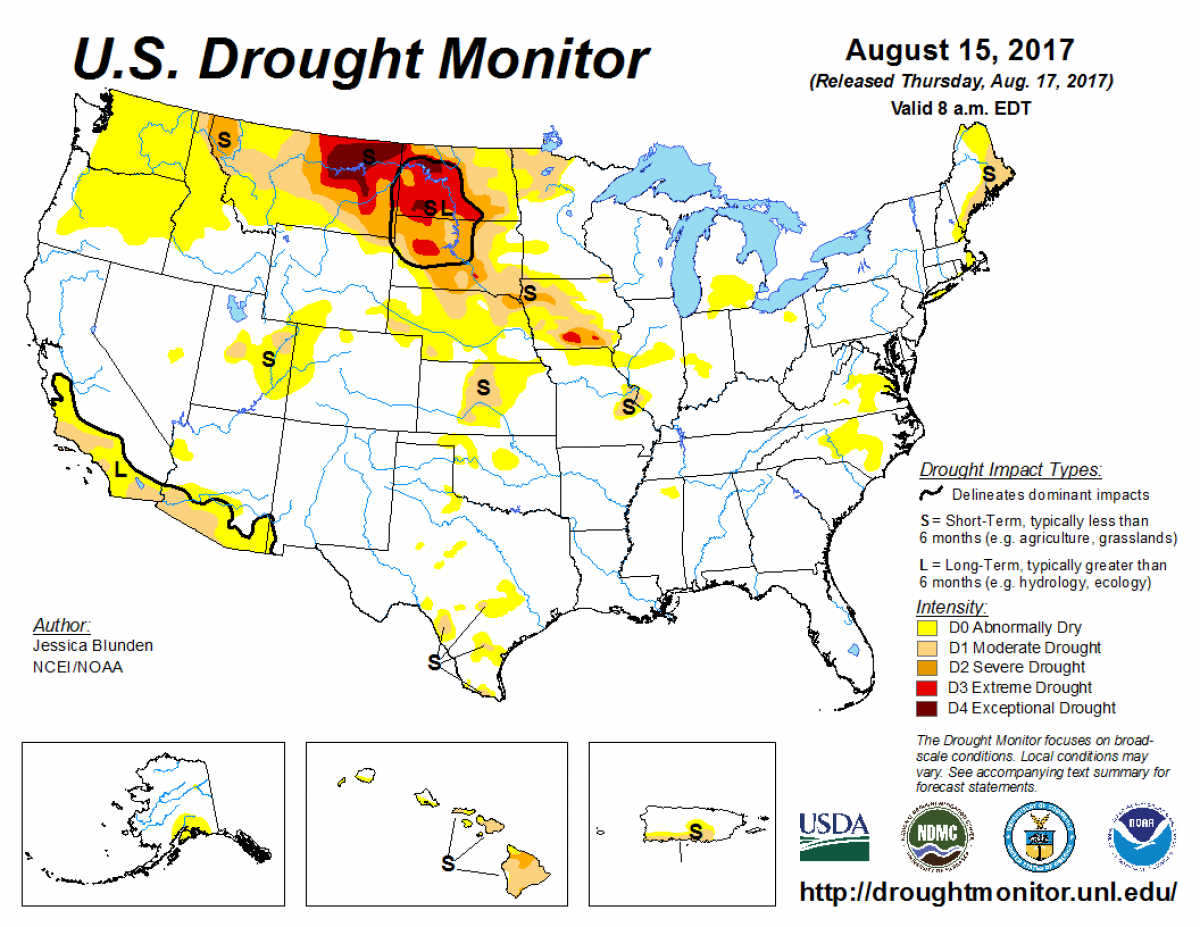 According to the July 4 U.S. Drought Monitor, moderate to extreme drought covers 8.5% of the contiguous U.S.

According to the February 4 U.S. Drought Monitor, moderate to extreme drought covers 8.9% of the United States including Puerto Rico.

According to the April 2 U.S. Drought Monitor, moderate to severe drought covers 5.4% of the United States.

According to the July 9 U.S. Drought Monitor, moderate to extreme drought covers 3.6% of the United States including Puerto Rico.