The upper-level circulation pattern over the contiguous United States consisted of a storm track along the U.S.-Canadian border with high pressure over the southern states. As the week wore on, a strong high-pressure ridge developed over the West, amplifying a trough over the East. The western ridge deflected Pacific weather systems into Canada, caused temperatures to soar, and allowed numerous wildfires to scorch the region.

With the Southwest Monsoon inhibited, it was a very dry week across most of the West. As the eastern trough amplified, fronts and surface low-pressure systems tracked across the country east of the Rockies, bringing above-normal precipitation to parts of the Plains, Upper Mississippi Valley, South, and Mid-Atlantic. The fronts and rain gave parts of the Plains, Mississippi Valley, and Mid-Atlantic regions cooler-than-normal temperatures for the week, while the Great Lakes to Northeast continued warmer and drier than normal.

Drought and abnormal dryness expanded and intensified where dry conditions and heat continued, especially across parts of the West, Plains, Midwest, and Northeast. Drought or abnormal dryness contracted, mainly in parts of the Southeast, southern Plains, and Ohio Valley. Expansion outweighed contraction, so the U.S. drought footprint grew this week.

Abnormal dryness and drought are currently affecting over 109  million people across the United States including Puerto Rico—about 35.3% of the population. 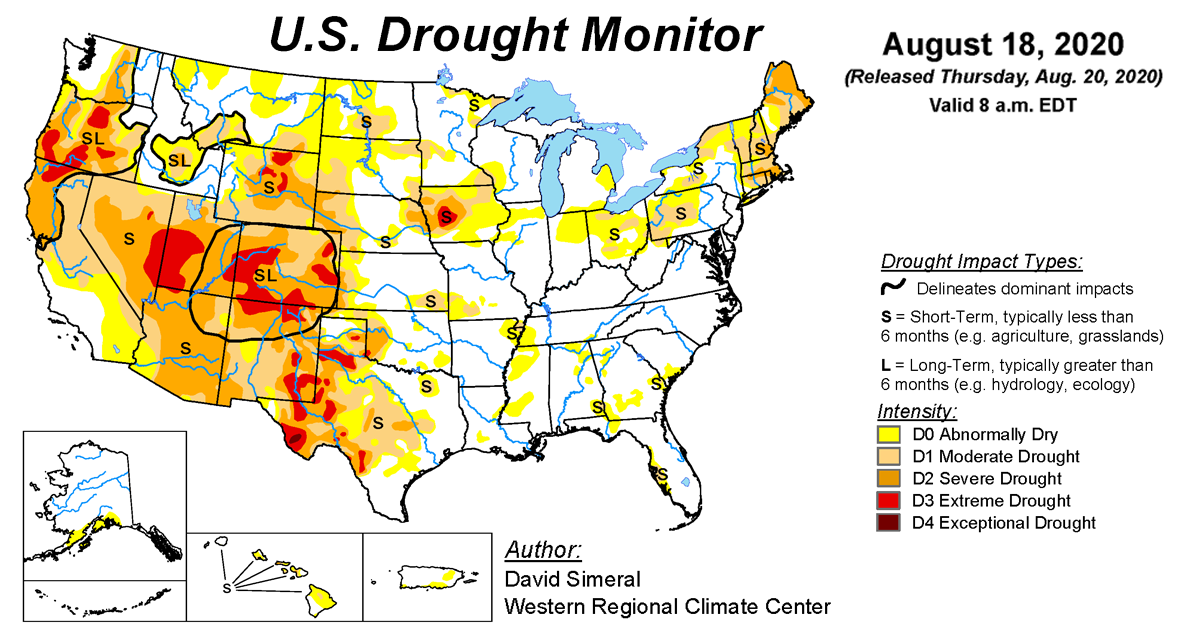 According to the August 7 U.S. Drought Monitor, moderate to exceptional drought covers 30.2% of the United States.