The upper-level circulation during this U.S. Drought Monitor week consisted of several troughs and ridges migrating quickly eastward in a westerly flow. With the jet stream near the Canadian border, most surface low pressure systems followed a storm track across the northern states. The lows and their trailing cold fronts generated bouts of heavy rain across parts of the central to northern Plains into the Midwest. The storm track and fronts kept a steady flow of cooler Canadian air across the northern Rockies to northern Plains, resulting in below-normal weekly temperatures.

Upper-level ridging, with help from the North Pacific and North Atlantic Highs, kept precipitation below normal across the Southeast and most of the West, and temperatures warmer than normal across the eastern third of the contiguous United States. As a result, drought and abnormal dryness contracted in the central to northern Plains and expanded in Montana and the northern Rockies.

Abnormal dryness and drought are currently affecting over 64.5 million people across the United States—about 20.7% of the country’s population. 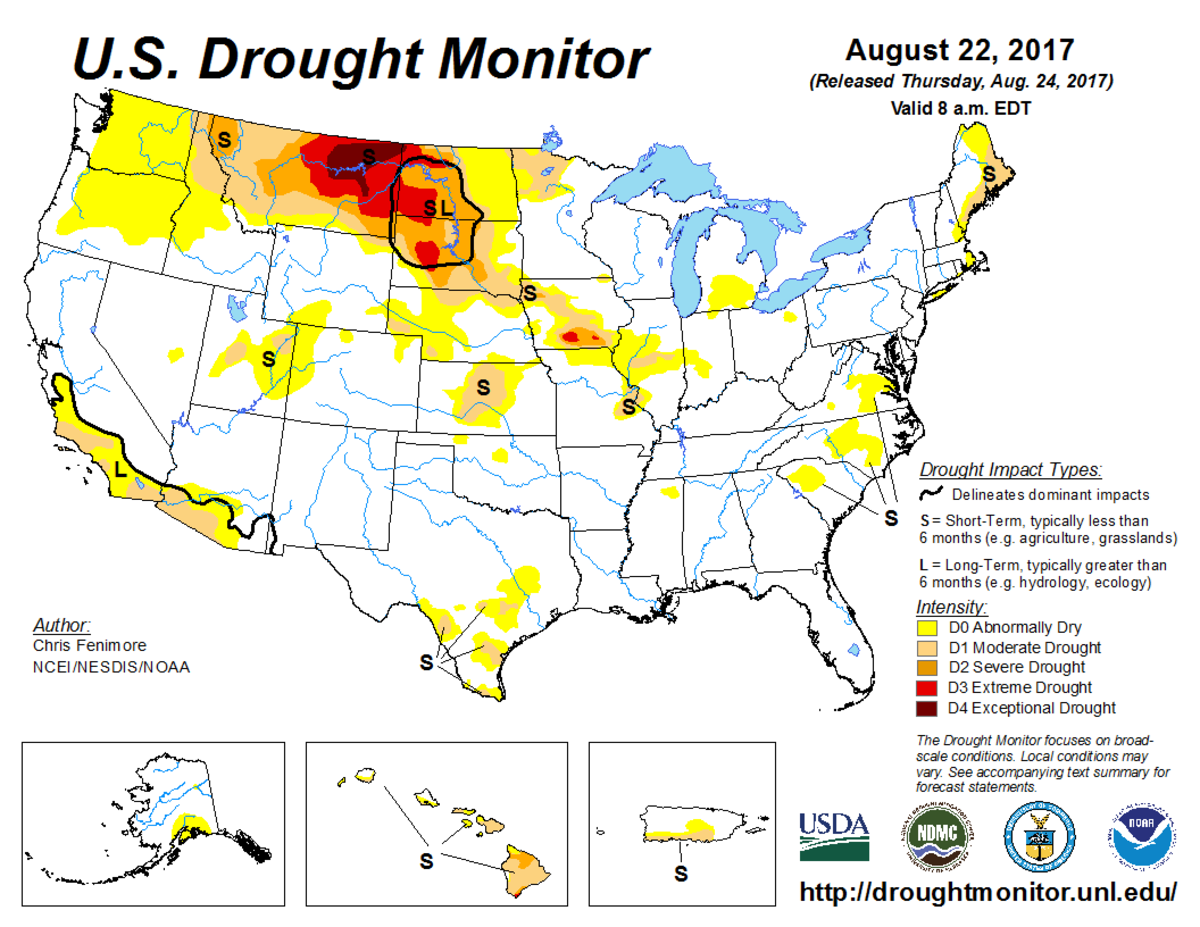 According to the November 7, 2017, U.S. Drought Monitor, moderate to exceptional drought continues to cover around 12.0% of the