According to the August 28, 2018, U.S. Drought Monitor, moderate to exceptional drought covers 29.2% of the United States, a decrease from last week’s 29.8%. Extreme and exceptional drought—the worst categories—held steady for a second week, covering around 6.3% of the nation.

Frontal systems brought thunderstorms and some heavy rainfall to parts of the Plains, the Midwest, and the South. While rainfall was enough to reduce or alleviate drought conditions in some places, such as Arkansas, northern Missouri, Kansas, Wisconsin, and Michigan, it wasn’t enough in other areas, such as southwestern Missouri and Idaho, as deficits and impacts remain.

This past week saw temperatures slightly below average across much of the nation, with areas of eastern Montana and western North Dakota 4–8°F cooler than normal, which helped to slow, but not halt, drought development. Conversely, parts of the Southwest, Texas, and areas along the eastern northern tier of the United States were well above their average temperatures. In Texas, notably, the widespread heat exacerbated evolving and ongoing drought.

Abnormal dryness and drought are currently affecting nearly 129 million people across the United States—about 41.4% of the country’s population. 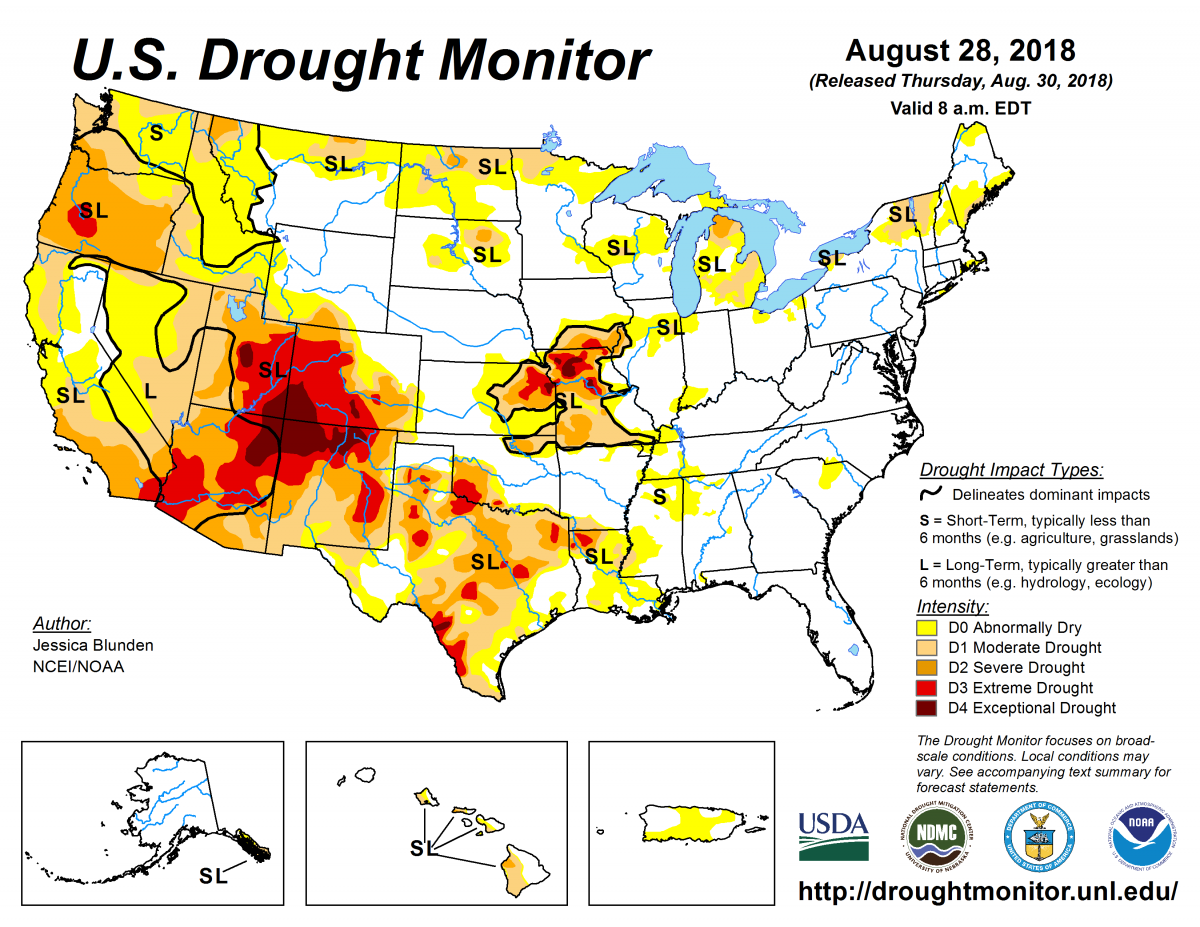 In the past, our scientists have assigned ranks to climate divisions and states to help place monthly, seasonal, and annual

According to the November 16, 2021, U.S. Drought Monitor, moderate to exceptional drought covers 40.9% of the United States