The atmospheric circulation over the contiguous United States consisted of a high-pressure ridge across the southern tier states to the East Coast and an active jet stream across the northern tier states. Pacific weather systems and their associated surface fronts and lows brought above-normal precipitation to the northern and central Plains and Great Lakes, while ridging kept most of the West, southern Plains, and East Coast drier than normal.

Hurricane Ida was steered by the Bermuda High into the northern Gulf Coast. Ida and its remnants moved north into the southern Mississippi, Tennessee, and Ohio Valleys, leaving flooding rains and destruction in its path. The Pacific  systems gave the Pacific  Northwest and parts of the northern  Plains a cooler-than-normal week. The upper-level ridging kept the Southwest and most of the country east of the Rockies warmer than normal, with the central Plains to Mid-Atlantic and Great Lakes states having the warmest weekly temperature departures.

Abnormal dryness and drought are currently affecting over 95  million people across the United States including Puerto Rico—about 30.6% of the population. 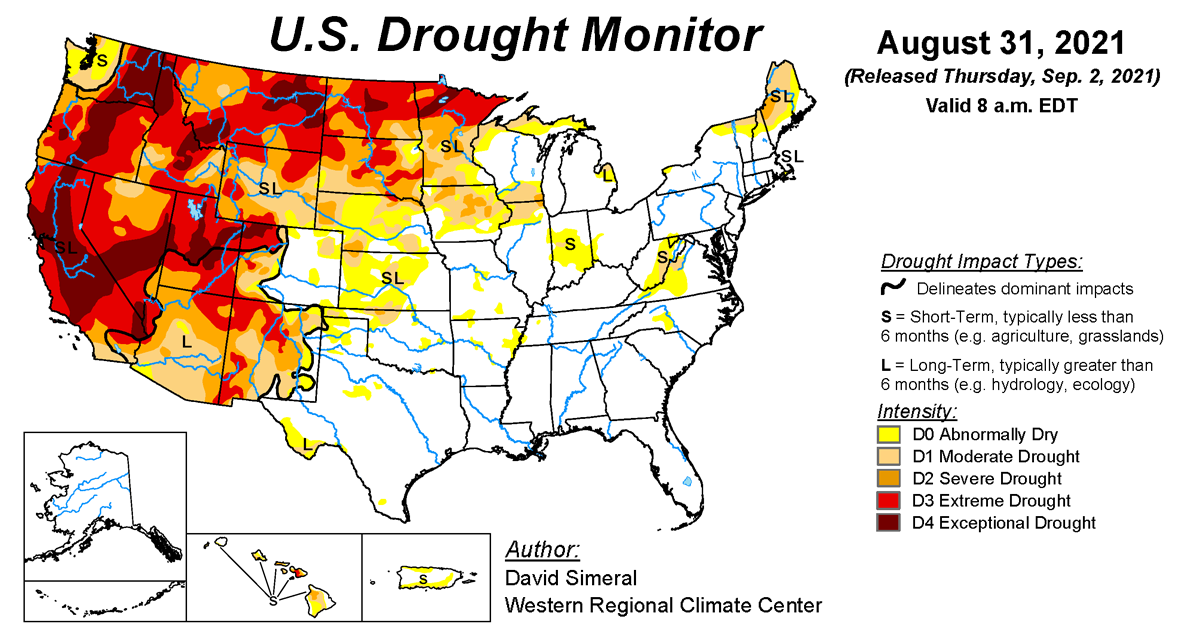