According to the August 7, 2018, U.S. Drought Monitor, moderate to exceptional drought covers 30.2% of the United States, an increase from last week’s 29.0%. Extreme and exceptional drought—the worst categories—also expanded to cover 7.5% of the nation, up from 7.1% last week.

This U.S. Drought Monitor week began with a strong upper-level trough trapped over the eastern contiguous United States, stuck between the Bermuda High over the Atlantic and an upper-level ridge over the western Lower 48. As the week progressed, the trough gradually moved east with subtropical high pressure dominating the southern states while weather systems moving in the jet stream flow traversed the northern states.

A southerly flow associated with the trough pumped Gulf of Mexico and Atlantic moisture into the Southeast to Northeast states early in the week, resulting in precipitation totals that were above normal for the week. Fronts and surface lows moving in the northern storm track left above-normal rainfall in their wake across parts of the Plains to Midwest.

Elsewhere, with high pressure dominating, the week was drier than normal across most of the West and from the southern Plains to Lower and Mid-Mississippi Valley. With little to no rain and hot temperatures for the last several weeks, dozens of large wildfires continued to burn across the West.

Abnormal dryness and drought are currently affecting over 125 million people across the United States—about 40.3% of the country’s population. 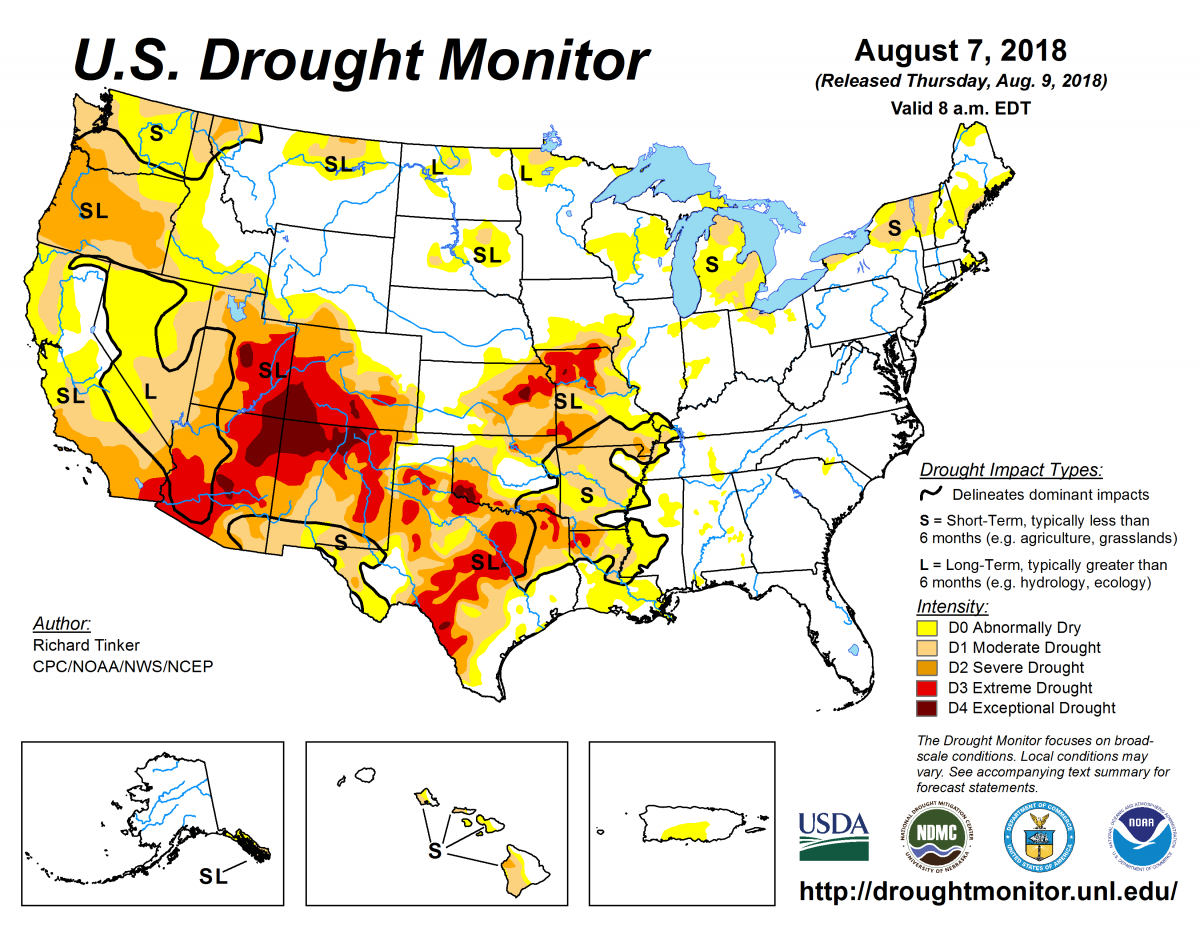 According to the April 11, 2017, U.S. Drought Monitor, moderate to extreme drought covers 8.2% of the contiguous United States

According to the January 26, 2021, U.S. Drought Monitor, moderate to exceptional drought covers 38.5% of the United States