Several Pacific weather systems moved through the jet stream flow across the contiguous United States this past week. The circulation was generally zonal westerly, which helped move the systems fairly rapidly, but with slight troughing along the West Coast and ridging evident over the central contiguous United States This pattern contributed to a warmer-than-normal week across the northern Rockies to Mid-Mississippi and Ohio Valleys, Northeast, and southern Plains to Florida, with cooler-than-normal temperatures dominating in the western Great Lakes and along the California coast.

Fronts and surface low pressure systems brought above-normal precipitation to several areas, including: the Lower Mississippi Valley to coastal Carolinas, central Rockies to Great Lakes, parts of the Pacific Northwest, and much of the Southwest from California to the Four Corners states. The weather systems provided a much-needed boost to snowpack in the high elevations of the Far West, but they also triggered a deadly severe weather outbreak across parts of the Mid-Mississippi to Ohio Valleys. Parts of the Northwest, most of the Plains, the southern Appalachians to southern New England, and most of Florida were drier than normal for the week.

Drought or abnormal dryness contracted in parts of the Northwest to northern Plains, and Alabama to coastal Carolinas, where above-normal precipitation fell, but expanded or intensified over parts of the southern to central Plains, Lower Mississippi Valley, and Appalachians. Heavy rains from last week’s Kona Low over Hawaii led to a contraction of drought and abnormal dryness across the state this week. Overall, contraction exceeded expansion, with the nationwide moderate to exceptional drought area decreasing this week

Abnormal dryness and drought are currently affecting over 158 million people across the United States including Puerto Rico—about 50.8% of the population. 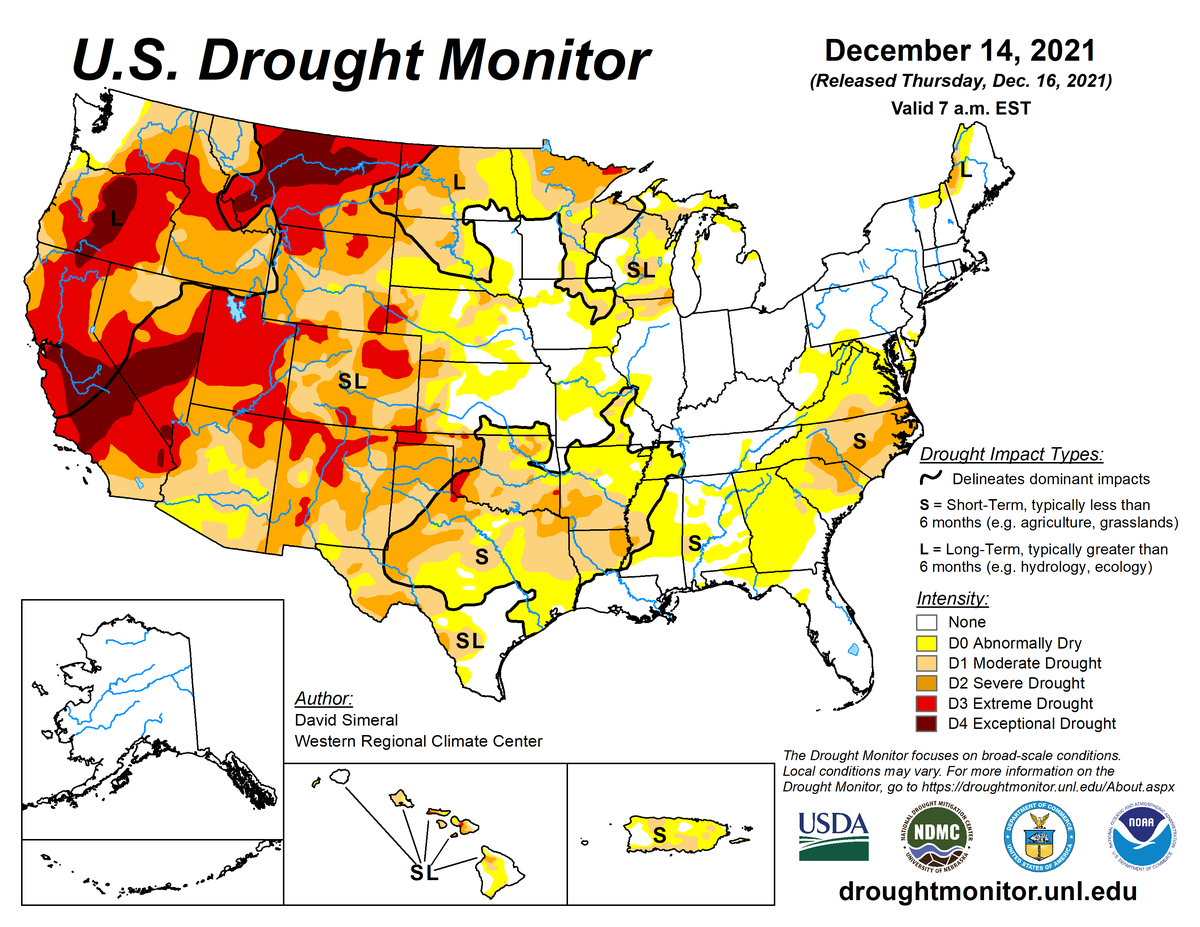 According to the March 6, 2018, U.S. Drought Monitor, moderate to exceptional drought covers 30.6% of the contiguous United

During January, the average contiguous U.S. temperature was 33.6°F, 3.5°F above the 20th century average. This ranked as the

According to the October 24, 2017, U.S. Drought Monitor, moderate to exceptional drought covers 12.0% of the contiguous United