The overall circulation pattern consisted of an upper-level ridge over the western contiguous United States that extended along the west coast of Canada to southeast Alaska. The main jet stream was along the U.S.–Canadian border, but it frequently became quite extended with shortwave loops extending far south into the southern states. These loops, or shortwave troughs, originated in the Pacific and brought moisture to parts of the West, especially along the Rocky Mountain chain. Once they crossed the Rockies, they tapped Gulf of Mexico moisture to spread above-normal precipitation along their tracks from the Colorado High Plains to Great Lakes, and from Oklahoma and eastern Texas to the Mid-Atlantic states.

These systems missed other parts of the country, leaving the week drier than normal across other parts of the West, the southern High Plains to southern Texas, the northern Plains to Upper Mississippi Valley, the coastal Southeast, and Ohio Valley to New England. The Pacific systems brought cooler-than-normal temperatures to the Great Basin through Colorado, and southern Florida was cooler than normal for the week, but the rest of the contiguous United States was warmer than normal, especially from the Upper Mississippi Valley to Ohio Valley.

Abnormal dryness and drought are currently affecting over 130 million people across the United States including Puerto Rico—about 42% of the population. 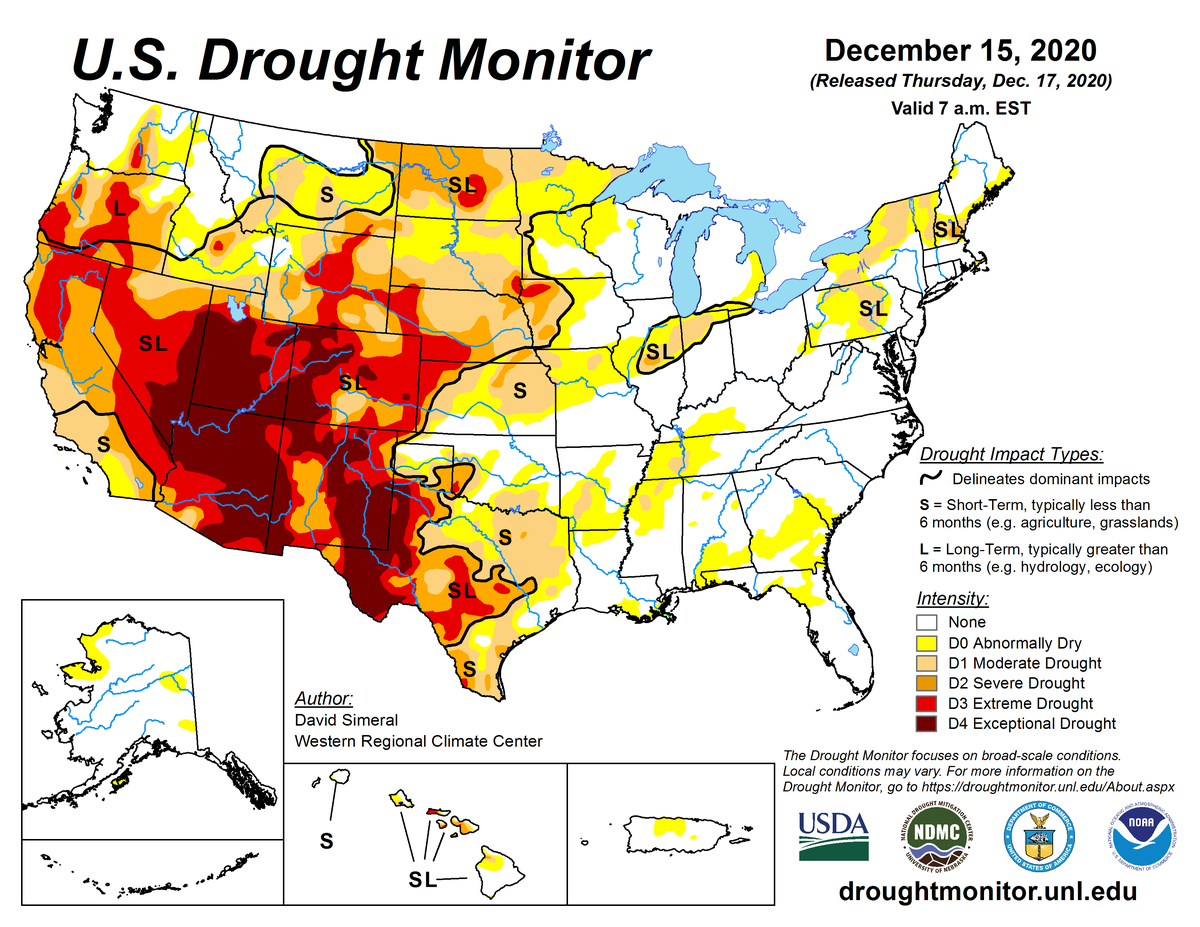