Several weather systems moved across the contiguous United States in a westerly jet stream flow. Pacific storm systems moved across the southern tier states while Canadian frontal systems toyed with the northern tier states. The Pacific systems left above-normal precipitation across parts of the West and central Plains, then they tapped Gulf of Mexico and Atlantic moisture to dampen the Ohio Valley and Lower Mississippi Valley to the East Coast. The Canadian fronts brought below-normal temperatures and expanding snow cover to areas from the northern Plains to the Midwest.

However, several areas that were missed by the storm track had a drier-than-normal week, including parts of the Pacific Northwest, the Southwest to southern Plains, and parts of the northern Plains to the Great Lakes. Drought and abnormal dryness expanded in the Pacific Northwest and eastern Texas to adjacent Arkansas and Louisiana, but contracted in other parts of the West and in the Southeast. When integrated across the country, the drought area increased, but the total area in drought and abnormal dryness decreased compared to last week.

Abnormal dryness and drought are currently affecting over 52 million people across the United States including Puerto Rico—about 16.8% of the population. 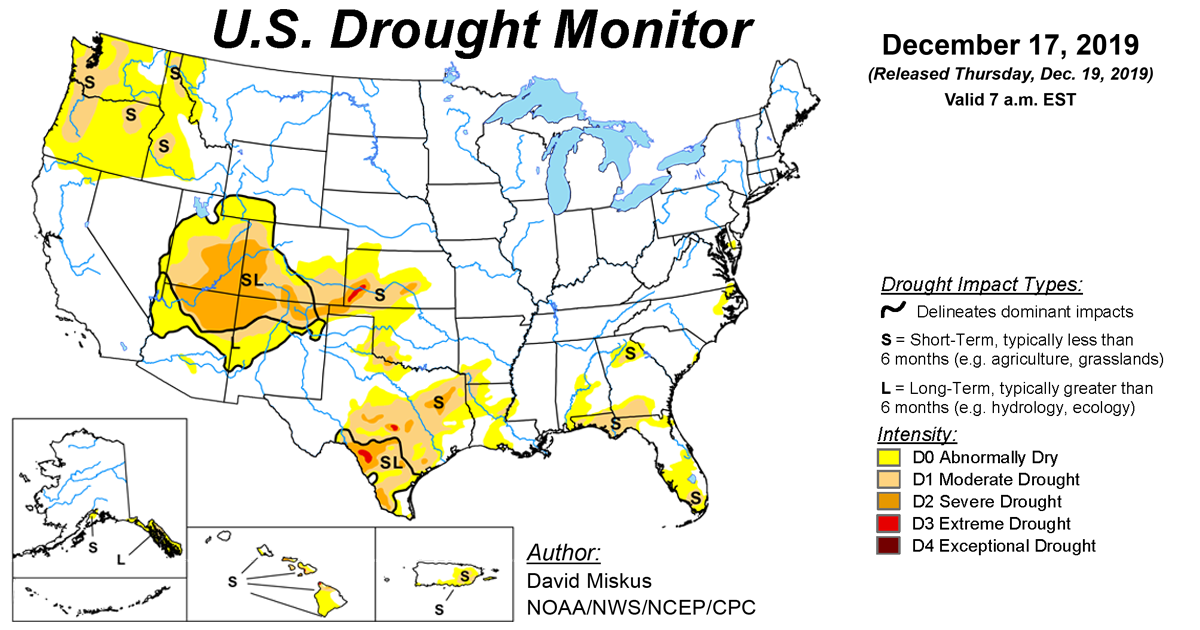 According to the July 23, 2019, U.S. Drought Monitor, moderate to exceptional drought covers 6.6% of the United States including