A strong Aleutian Low off the coast of Alaska spun a series of Pacific weather systems into the contiguous United States. The jet stream split in two as it crossed the United States, with some of these storm systems tracking across the northern tier states and others moving along the southern tier states.

The northern storms brought precipitation to the Pacific Northwest and northern Rockies. The southern storms intensified and drew in Gulf of Mexico moisture as they moved across the southern Plains to Southeast, then into the Midwest or up the East Coast, leaving areas of above-normal precipitation in their wake.

The strong low pressure off the Alaska coast, associated with the Aleutian Low, built up a high pressure ridge downstream across North America which resulted in warmer- and drier-than-normal weather from the southwest United States to southeast Canada. The precipitation in the Pacific Northwest to northern California helped chip away at year-long deficits but was not enough to improve drought conditions. Most of the precipitation east of the Rockies fell over non-drought areas. Drought or abnormal dryness expanded slightly in parts of the southern Plains, Hawaii, and Puerto Rico where precipitation deficits continued to mount.

Abnormal dryness and drought are currently affecting more than 79 million people across the United States—about 25.6% of the country’s population. 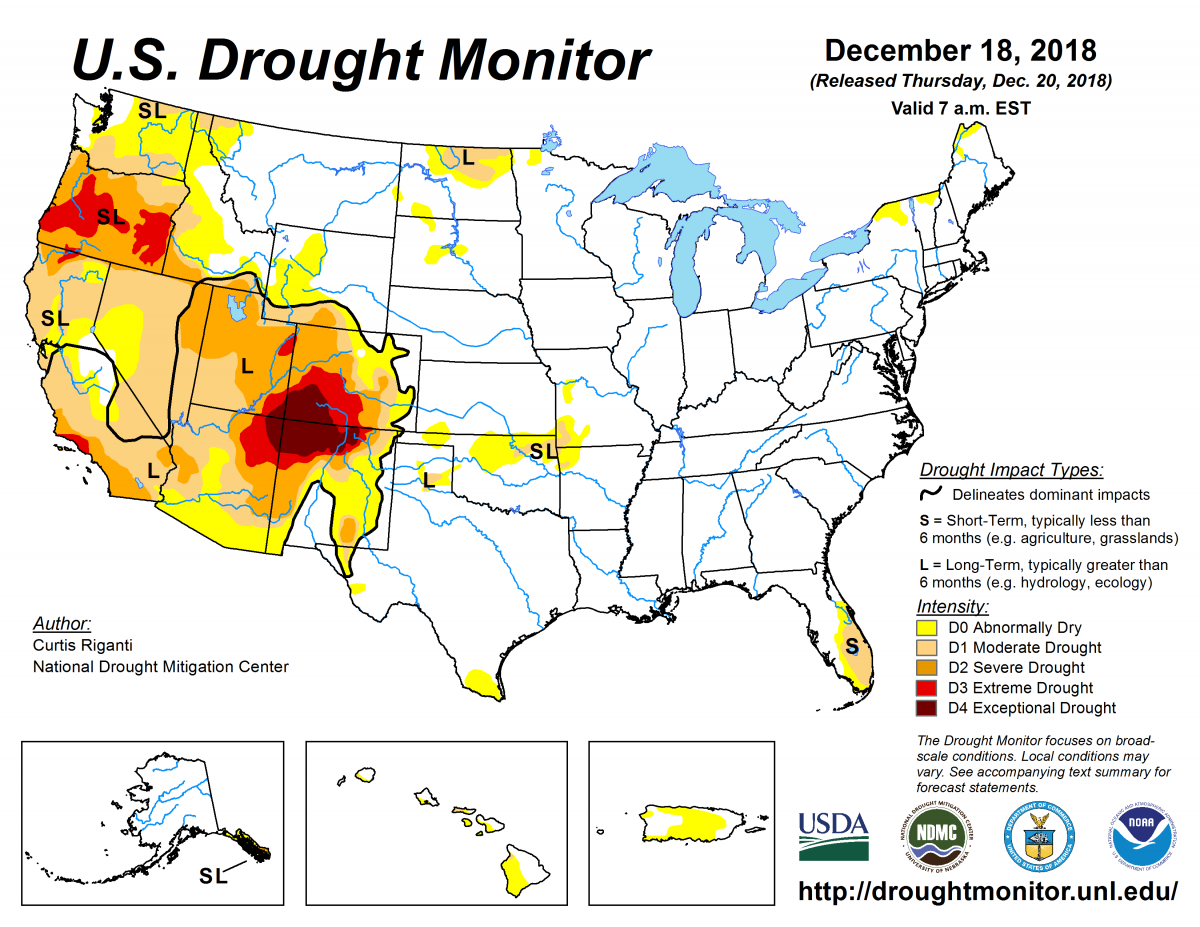 According to the February 5, 2019, U.S. Drought Monitor, moderate to exceptional drought covers 13.6% of the United States, a

According to the February 2, 2021, U.S. Drought Monitor, moderate to exceptional drought covers 38.3% of the United States

According to the October 24, 2017, U.S. Drought Monitor, moderate to exceptional drought covers 12.0% of the contiguous United