Several Pacific weather systems moved through the jet stream flow across the CONUS during this USDM week. They moved through a circulation pattern that consisted generally of a trough over the West and ridge over the eastern CONUS. The Pacific low pressure systems and their surface fronts dumped above-normal rain and snow across parts of the Rocky Mountains, Sierra Nevada, and coastal ranges, bringing short-term relief from the drought in some areas. They also generated above-normal precipitation across parts of the Southeast U.S., eastern Texas to the Ohio Valley, and parts of the Upper Mississippi Valley. But the week was drier than normal across much of the Southwest to central Plains, parts of the northern Plains, and across the coastal Carolinas and Mid-Atlantic coast. The trough and Pacific systems gave much of the West a cooler-than-normal week, while most of the CONUS east of the Rockies was warmer than normal under the influence of the upper-level ridge. Drought or abnormal dryness contracted in parts of the West, northern Plains to Upper Mississippi Valley, and Lower Mississippi Valley to Southeast where above-normal precipitation fell, but expanded or intensified over much of the southern to central Plains and parts of the southern Appalachians to Mid-Atlantic Coast. Continued improvement from the Kona Low earlier this month, and windward rains this week, resulted in more contraction of drought and abnormal dryness in Hawaii. Overall, expansion equaled or barely exceeded contraction, with the nationwide moderate to exceptional drought area increasing this week for the CONUS and holding steady for all of the US.

Abnormal dryness and drought are currently affecting over 156 million people across the United States including Puerto Rico—about 50.3% of the population 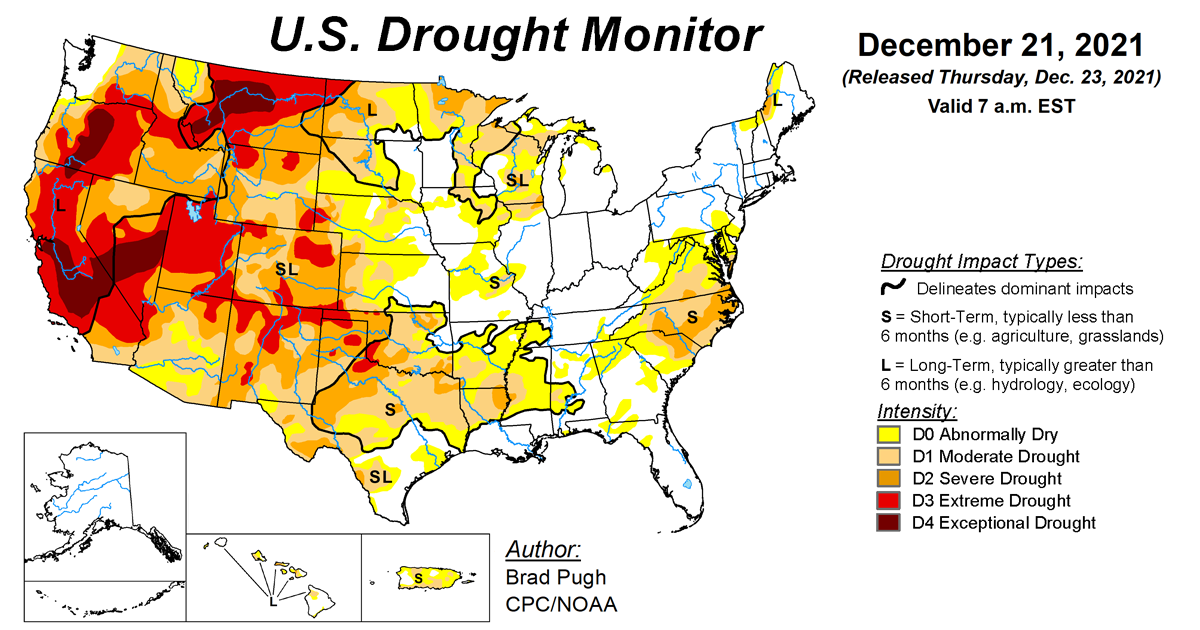 According to the July 16, 2019, U.S. Drought Monitor, moderate to extreme drought covers 6.6% of the United States including