According to the December 26, 2017, U.S. Drought Monitor, moderate to extreme drought covers 26.4% of the contiguous United States, a slight increase from last week’s 26.2%. Overall, extreme drought coverage decreased from 1.3% last week to 0.8%. Exceptional drought remained absent from the Lower 48 for an 11th consecutive week.

During this U.S. Drought Monitor week, a series of storm systems tracked across the Lower 48 dropping light to moderate precipitation on the Northwest and northern half of the Rockies, which transferred into Gulf moisture while over the lower Mississippi Valley. As a result, widespread moderate to heavy rains of 2 to 6 inches fell from northeastern Texas northeastward into the southern and central Appalachians, with the greatest totals reported in central Arkansas and western Tennessee.

As the systems trekked farther eastward, light to moderate precipitation also fell on the Northeast and the Carolinas as frigid conditions gradually replaced the mild air from earlier in the week. Dry conditions prevailed across the Southwest, southern third of the High Plains, along the Gulf Coast, and in parts of the Mid-Atlantic.

Abnormal dryness and drought are currently affecting over 136 million people across the United States—about 43.8% of the country’s population. 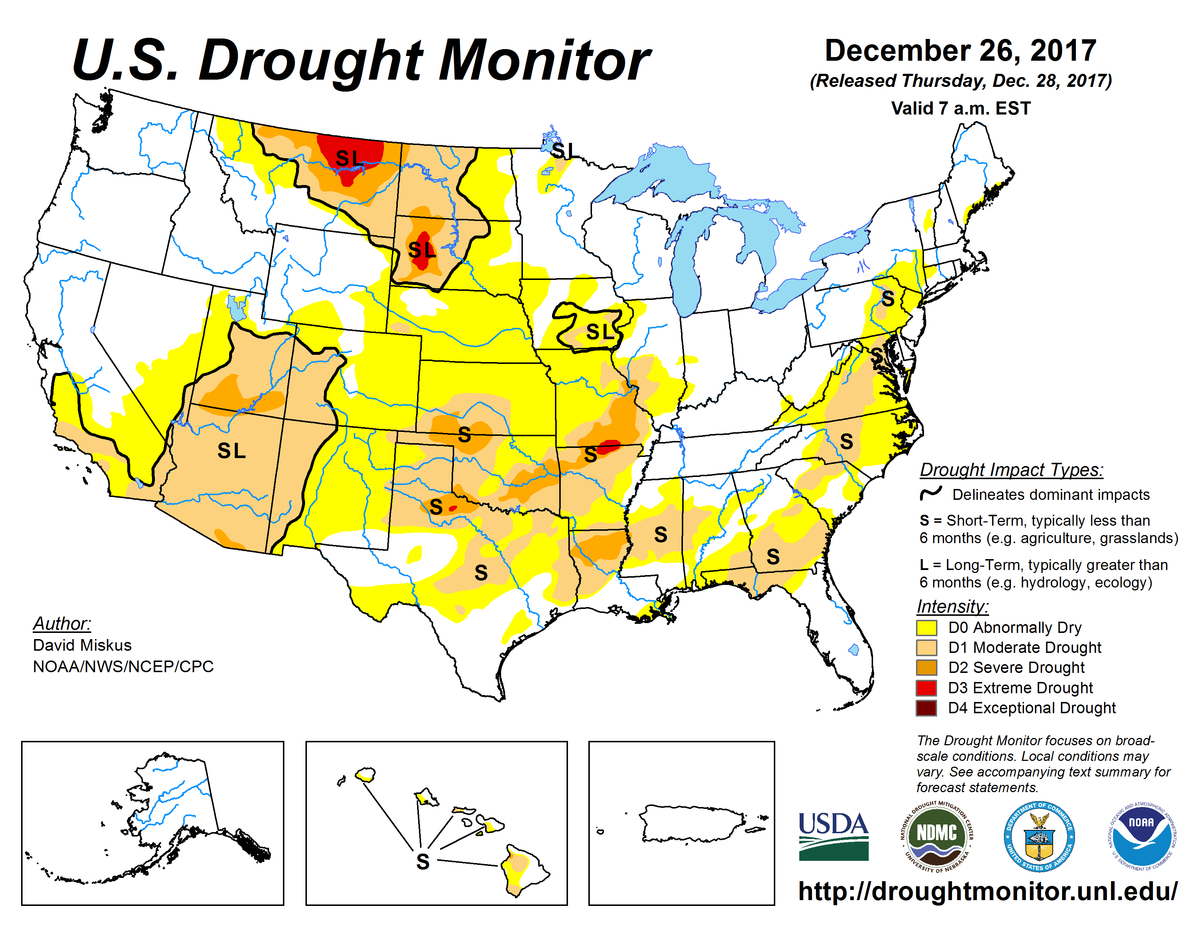