Abnormal dryness and drought are currently affecting over 162 million people across the United States including Puerto Rico—about 52.2% of the population 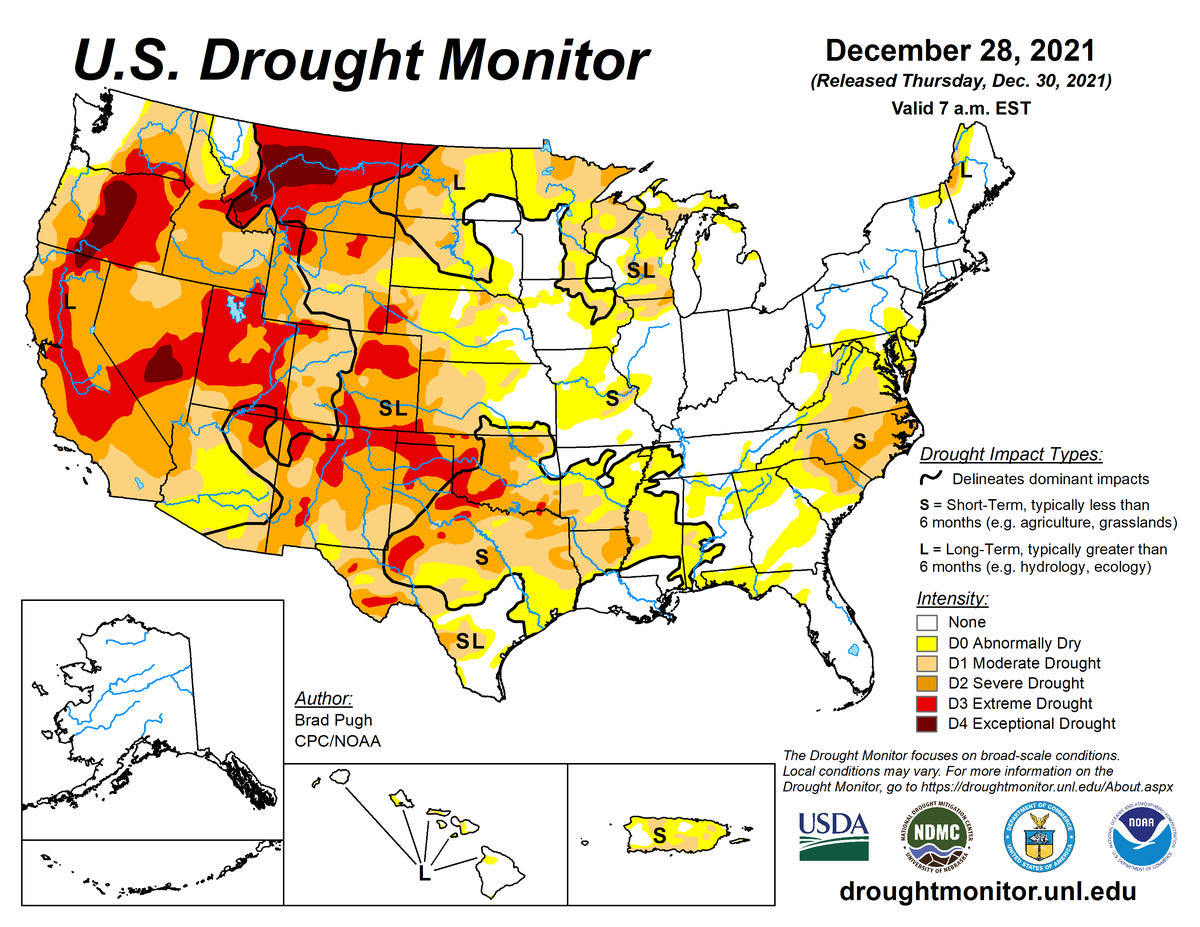 According to the December 24, 2019, U.S. Drought Monitor, moderate to extreme drought covers 10.5% of the United States

For October, the average contiguous U.S. temperature was 53.8°F, 0.3°F below the 20th century average. This ranked near the