The weather systems weakened as they crossed the West but were reinvigorated when they reached the eastern contiguous United States. Their fronts and surface lows tapped Gulf of Mexico moisture to spread above-normal precipitation across the central Plains to Great Lakes, and they tapped Gulf and Atlantic moisture to bring widespread precipitation to the central Gulf Coast to Northeast. They also spread Pacific moisture along the immediate West Coast and over parts of the Rocky Mountains, but even then the precipitation amounts were still generally below normal.

The rest of the West, Plains, and Midwest, as well as most of Florida, were drier than normal this week. Drought or abnormal dryness expanded in parts of the Plains, Midwest, and Lower Mississippi Valley, but contracted in parts of the Southeast and much of the Northeast. Drought contraction was more than expansion, so the overall U.S. drought footprint decreased this week.

Abnormal dryness and drought are currently affecting over 125  million people across the United States including Puerto Rico—about 40.4% of the population. 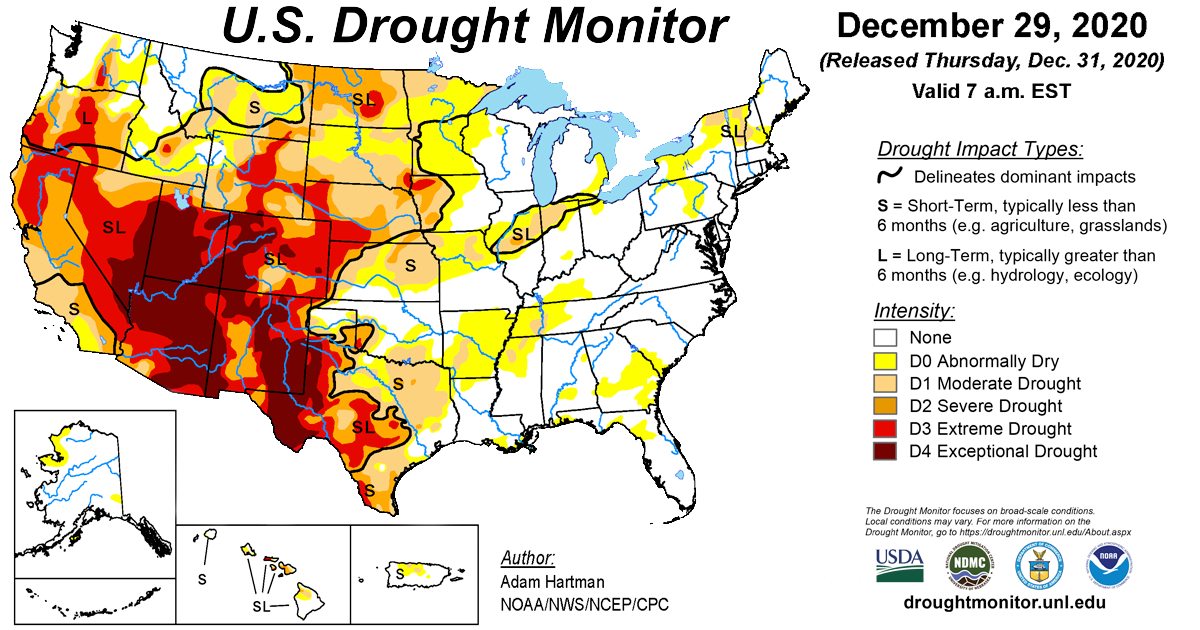 Assessing the U.S. Climate in March 2018

In the first three months of 2018, there have been three weather and climate disaster events with losses exceeding $1 billion