According to the December 4, 2018, U.S. Drought Monitor, moderate to exceptional drought covers 18.9% of the United States, a decrease from last week’s 19.5%. Extreme and exceptional drought—the worst categories—contracted to cover 3.2%, down from 3.6% last week.

A series of Pacific weather systems brought much-needed rain and snow to the West during the week. As they moved across the contiguous United States, they tapped Gulf of Mexico moisture and dropped above-normal precipitation over the central to northern Plains, Midwest, Southeast, and parts of the Northeast.

But the weather systems missed parts of the Northwest, southern Plains, Upper Midwest, and Mid-Atlantic regions, which had a drier-than-normal week. Temperatures moderated a bit as the jet stream flow flattened and became more zonal, with above-normal temperatures occurring in parts of the northern and southern Plains, Lower Mississippi Valley, and parts of New England.  Drought and abnormal dryness contracted in many parts of the contiguous United States that experienced a wet week, but abnormal dryness expanded in Hawaii and Texas where dry conditions intensified.

Abnormal dryness and drought are currently affecting more than 78 million people across the United States—about 25% of the country’s population. 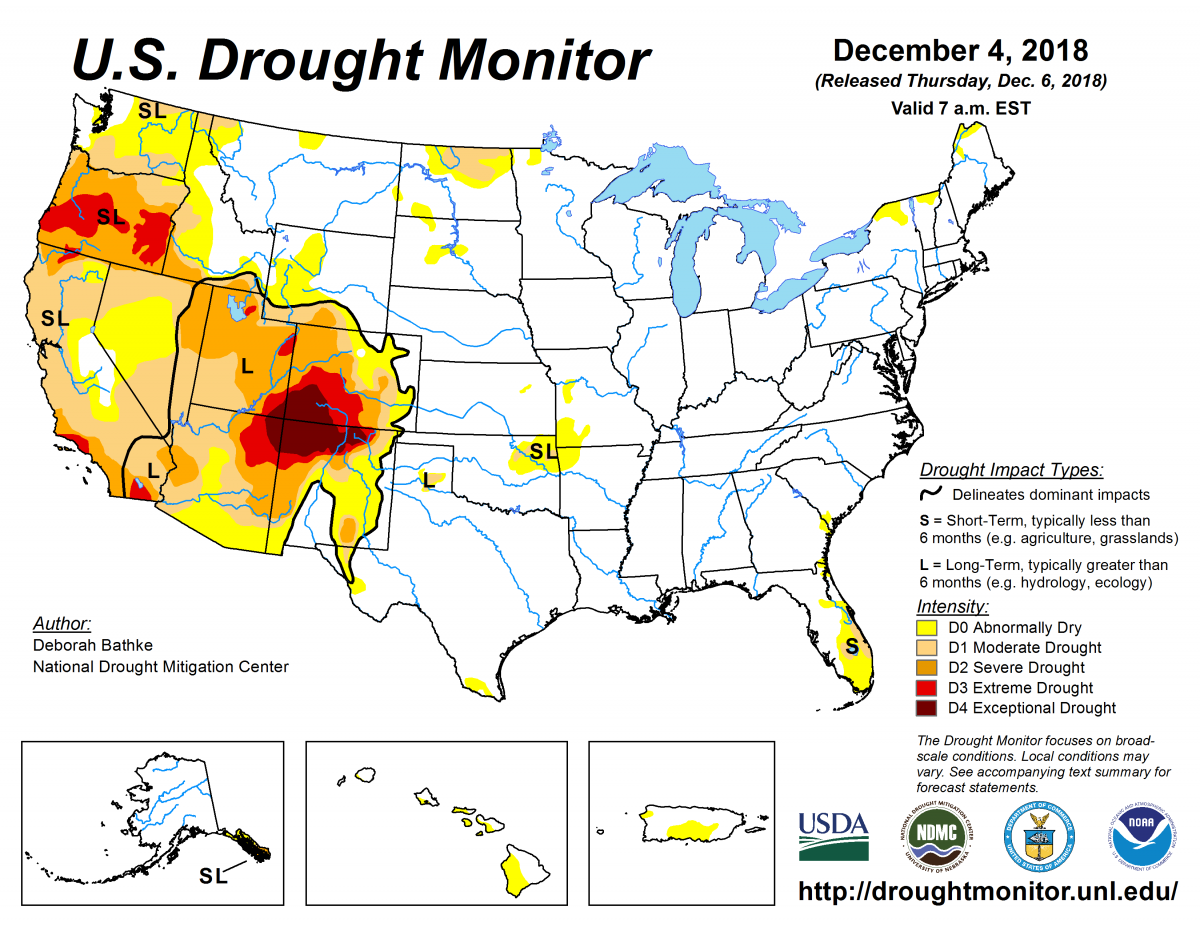 According to the December 29, 2020, U.S. Drought Monitor, moderate to exceptional drought covers 41.0% of the United States

According to the May 12, 2020, U.S. Drought Monitor, moderate to extreme drought covers 14.6% of the United States including