According to the February 11, 2020, U.S. Drought Monitor, moderate to extreme drought covers 8.9% of the United States including Puerto Rico, the same as last week. Extreme drought increased from 0.06% last week to 0.14% this week. No areas are experiencing the worst category, exceptional drought.

Abnormal dryness and drought are currently affecting over 49 million people across the United States including Puerto Rico—about 16.0% of the population. 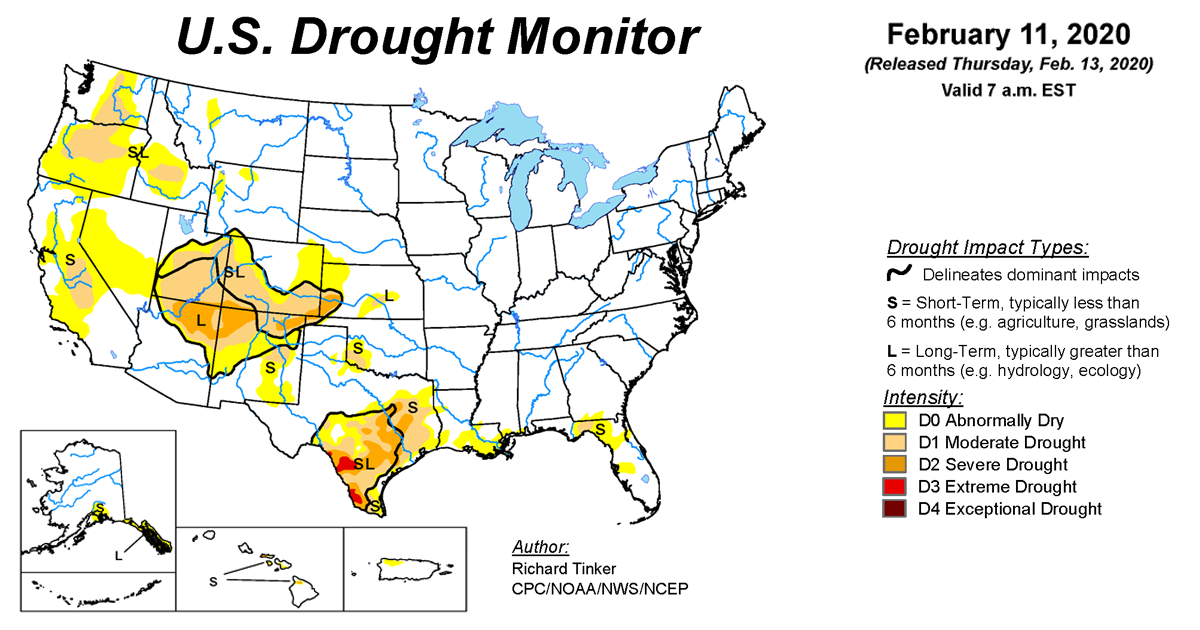 During April, the average contiguous U.S. temperature was 53.8°F—2.7°F above the 20th century average.

Understand our billion-dollar weather and climate disasters information, how it’s calculated, what it tells us, and why it’s so important.

According to the February 13 U.S. Drought Monitor, moderate to extreme drought covers 36.3% of the contiguous U.S.