During the week, a strong long-wave trough of low pressure held firm across the western contiguous United States in the upper levels of the atmosphere. Pacific weather systems moving through this trough intensified as they reached the central U.S., spreading above-normal precipitation across the northern Plains, Mississippi and Ohio River Valleys, and Great Lakes to East Coast.

Meanwhile, a strong upper-level low pressure system and surface front spun near the Hawaiian Islands, bringing above-normal precipitation—and snow in the higher elevations—to parts of these tropical islands. The western contiguous U.S. and Hawaiian troughs linked together to funnel an “atmospheric river” of tropical moisture into the western U.S., leaving areas of above-normal precipitation which continued to chip away at the western drought. The trough kept temperatures colder than normal across the western and central United States, while eastern parts of the country continued warmer than normal beneath a downstream ridge.

Abnormal dryness and drought are currently affecting over 62 million people across the United States—about 19.9% of the country’s population. 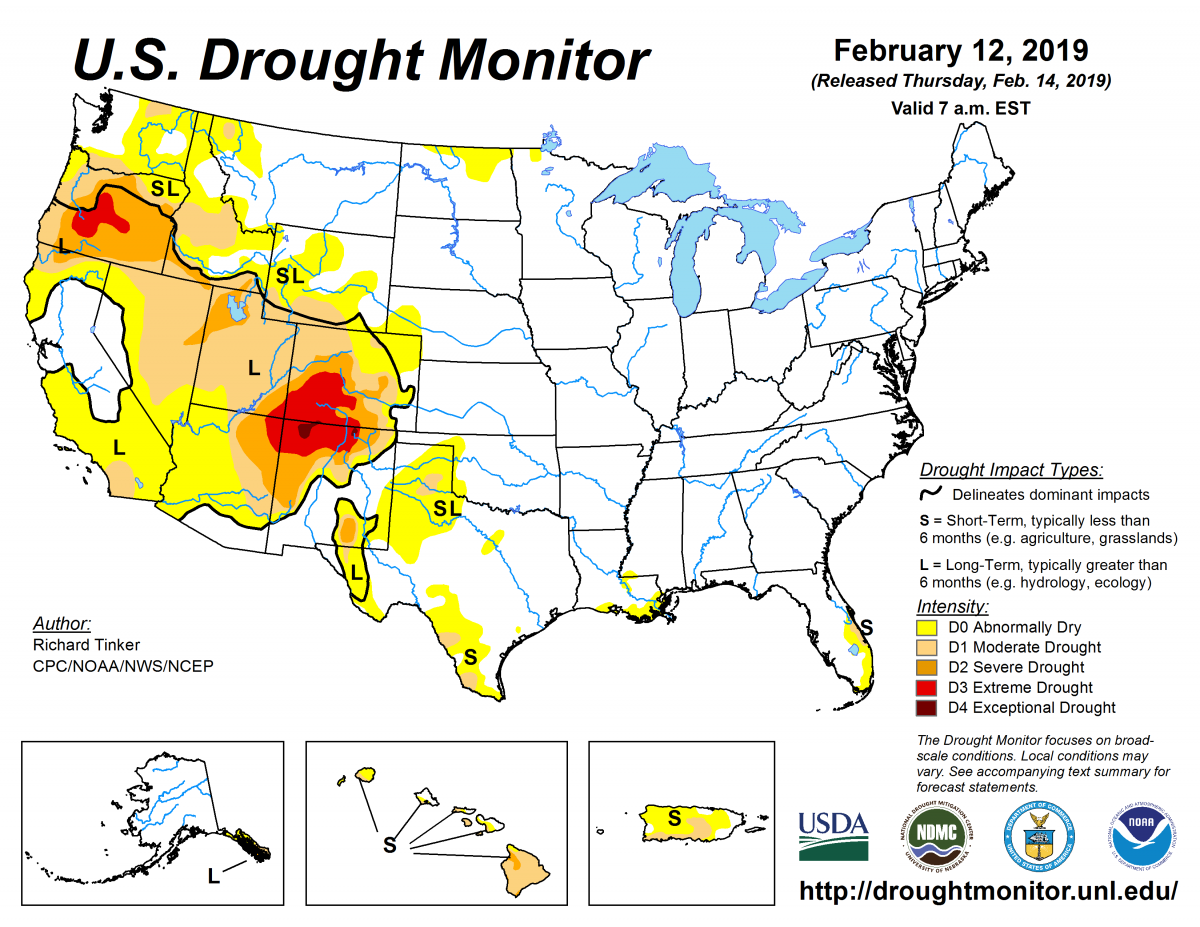