According to the February 13, 2018, U.S. Drought Monitor, moderate to extreme drought covers 36.3% of the contiguous United States, a decrease from last week’s 39.6%. However, extreme drought increased from 2.6% last week to nearly 3.0%. And, exceptional drought remained absent from the Nation for an 18th consecutive week.

The upper-level circulation during this U.S. Drought Monitor week was dominated by an upper-level ridge over the Far West, an upper-level trough over the north-central contiguous United States, and a warm and moist southwesterly flow over the Southeast. Pacific weather systems were directed to the north over the western ridge, thus keeping most of the West drier and warmer than normal.

The northerly flow associated with the trough directed Canadian air masses and their cold fronts southward along the east slopes of the Rockies, resulting in colder-than-normal temperatures and above-normal precipitation across parts of the Great Plains and into the Great Lakes. The fronts stalled out as they ran into the southerly flow over the Southeast. Low pressure systems, which developed along the stalled fronts, tapped Gulf of Mexico moisture to bring above-normal precipitation to a wide area from the Lower Mississippi River to the Northeast.

It was another dry week for a large area from the southern Plains to Ohio Valley which was caught in between the systems. As a result, drought and abnormal dryness were reduced from the Lower Mississippi Valley to Northeast, and in parts of the northern to central Plains, but drought and abnormal dryness expanded across parts of the West, southern Plains, and Mid-Mississippi Valley.

Abnormal dryness and drought are currently affecting nearly 125 million people across the United States—about 40.1% of the country’s population. 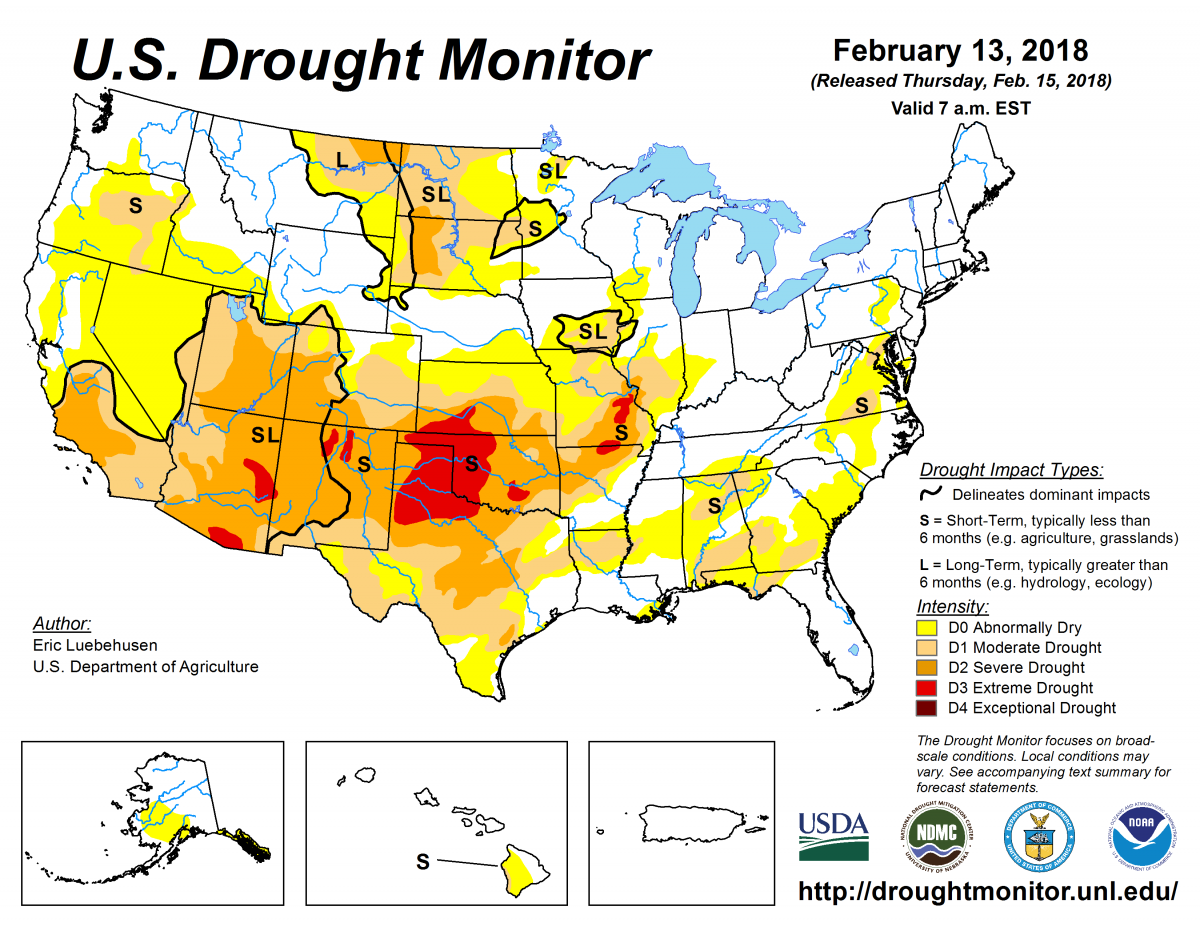