According to the February 14, 2017, U.S. Drought Monitor, moderate to extreme drought covers 13.5% of the contiguous United States, a decrease from last week’s 14.3%. Areas of extreme drought remained unchanged. No areas were in exceptional drought, the worst category.

Drought contracted as Pacific weather systems continued to hammer the West Coast this U.S. Drought Monitor week, bringing several more inches of precipitation to the coastal states, while a couple strong low pressure systems brought above-normal rain and snow to the eastern Great Lakes and Northeast. Passing fronts and low pressure systems left above-normal precipitation across parts of the Southeast and Northern Plains, but most of the Plains and Mid-Atlantic states were drier than normal, with drought or abnormal dryness expanding in some areas. Warmer-than-normal temperatures dominated most of the country, except for parts of the Northwest and New England, which averaged cooler than normal for the week. 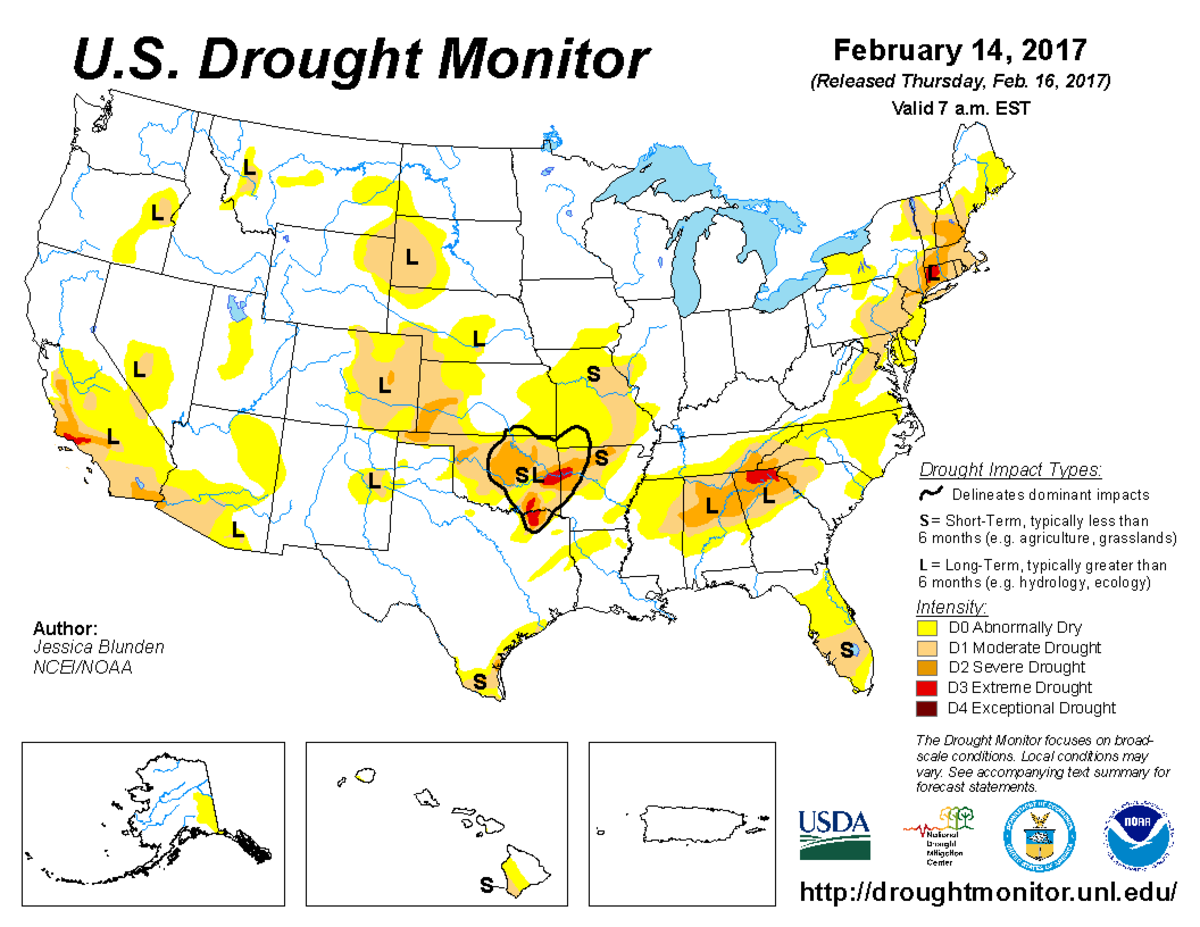 Assessing the U.S. Climate in August 2018

For August, the average contiguous U.S. temperature was 73.6°F, 1.5°F above the 20th century average and the 17th warmest on