The upper-level circulation pattern was dominated by a high pressure ridge over the western contiguous United States (CONUS) and trough over the East during most of this USDM week. The pattern shifted slightly at the end of the week as a Pacific low pressure system penetrated the western ridge and the trough moved off the Atlantic coast. Cold and dry Canadian air masses moved with the flow beneath the upper-level trough, keeping the weather east of the Rockies cooler and drier than normal. Warmer-than-normal air filtered into the region near the end of the week as the trough migrated eastward. Over the western CONUS, the ridge kept the weather warmer and drier than normal. The week was wetter than normal over only a few parts of the High Plains, southern Florida, and along the low pressure track in the Upper Mississippi Valley.

Drought or abnormal dryness contracted slightly in parts of the northern Plains and Colorado High Plains. But with drier-than-normal weather dominating this week, drought or abnormal dryness expanded or intensified in parts of the West, Plains, Mississippi Valley, and Florida. Expansion exceeded contraction, with the nationwide moderate to exceptional drought area increasing this week.

Abnormal dryness and drought are currently affecting over 145 million people across the United States including Puerto Rico—about 46.7% of the population. 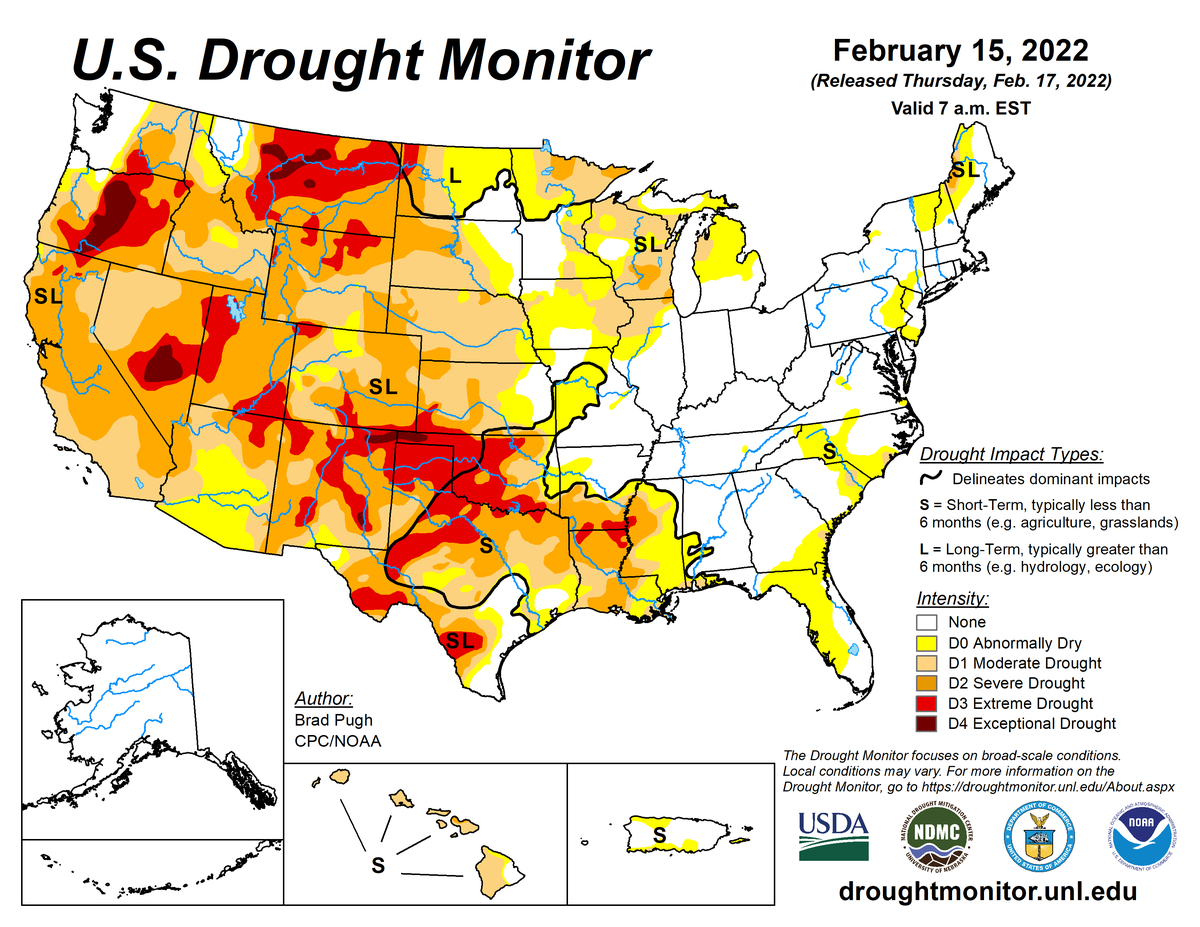 According to the July 30, 2019, U.S. Drought Monitor, moderate to extreme drought covers 6.9% of the United States including

According to the March 14, 2017, U.S. Drought Monitor, moderate to extreme drought covers 15.2% of the contiguous United States