Please note: NCEI is experiencing network issues affecting access to some applications. We are working to resolve these issues as soon as possible. We apologize for any inconvenience.

The upper-level circulation pattern over the contiguous United States consisted of a strong low-pressure trough over central North America with high-pressure ridging along the East Coast and over the eastern North Pacific just off the West Coast. The pattern was locked into place throughout the week with the center of the deep low-pressure trough located in the northern Plains along the Canadian border. Frigid arctic air was funneled into the central part of the contiguous United States by the upper-level trough, with much of the Plains experiencing the coldest temperatures in decades. Only parts of the Southwest and Southeast averaged warmer than normal for the week.

Several Pacific weather systems moved along the edge of the trough, bringing rain, snow, and freezing rain to much of the West, South, and East, and parts of the central Plains. The week was drier than normal outside of this storm track, namely across parts of southern California, southern Nevada, and southwestern Arizona; much of the northern Plains; and parts of the central Plains to western Great Lakes.

Above-normal precipitation in parts of the Plains and Gulf of Mexico coast, and improving mountain snowpack in the West, improved drought and abnormal dryness, but continued moisture deficits in the western Great Lakes lead to expansion of abnormal dryness. Drought contraction was more than expansion, so the overall U.S. drought footprint decreased this week.

Abnormal dryness and drought are currently affecting over 119  million people across the United States including Puerto Rico—about 38.3% of the population. 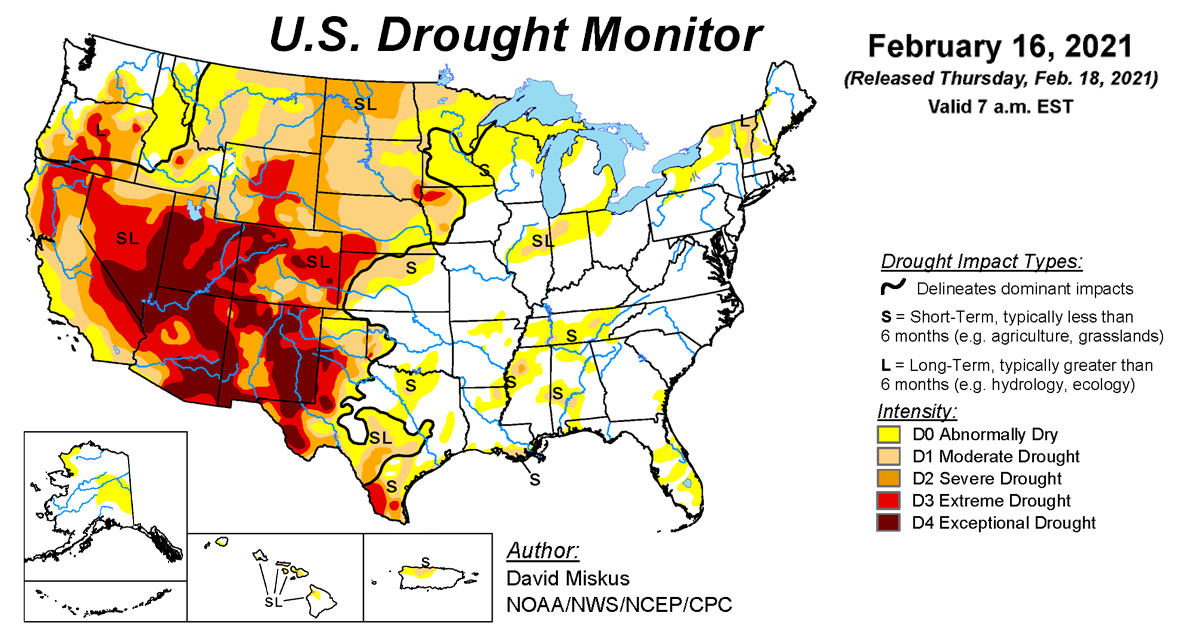 According to the August 30, 2022, U.S. Drought Monitor, moderate to exceptional drought covers 38.2% of the United States