Pacific weather systems continued pouring into the western U.S., bringing above-normal rain and snow to parts of the Southwest, Pacific Northwest, northern Rockies, and northern California. The weather systems congregated across the West, within and amplifying an upper-level trough that kept cooler-than-normal air across the West, Great Plains, and western Great Lakes.

The surface low-pressure systems tracked across the central Plains to Great Lakes, laying down a persistent snow cover across these regions; their associated fronts and secondary lows hammered the Lower Mississippi and Tennessee Valleys to southern Appalachians with heavy flooding rain and severe weather. The western trough was bracketed by upper-level ridges along the East Coast and in Alaska, with the ridge keeping temperatures warmer than normal across the Southeast.

Some areas missed out on the precipitation, with below-normal amounts falling across parts of the West and northern High Plains, and much of the southern Plains and Southeast. This week continued dry across much of Alaska and Puerto Rico. As a result, drought and abnormal dryness contracted across the West but expanded in Texas, Puerto Rico, and the Alaskan panhandle. Contraction outweighed expansion, resulting in continued shrinkage of the national drought footprint.

Abnormal dryness and drought are currently affecting over 38 million people across the United States—about 12.5% of the country’s population. 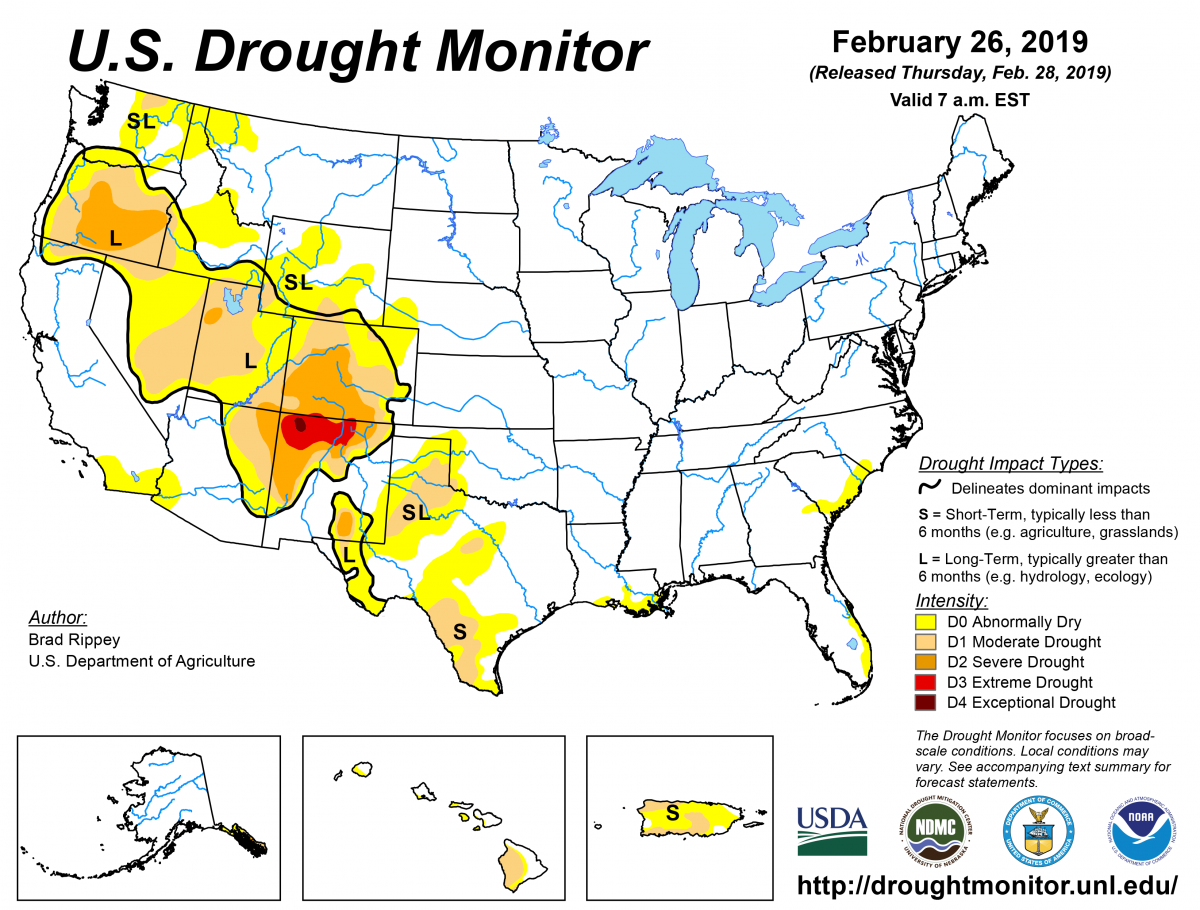