According to the February 28, 2017, U.S. Drought Monitor, moderate to extreme drought covers 14.1% of the contiguous United States, an increase from last week’s 13.8%. Areas of extreme drought also increased from 0.3% last week to 0.5%. No areas were in exceptional drought, the worst category.

Temperatures averaged cooler than normal in the West under the influence of the troughs, while the dominance of ridging east of the Rockies resulted in above-normal temperatures. As noted by the U.S. Department of Agriculture, the persistence of the unseasonably warm weather east of the Rockies has ushered winter wheat out of dormancy up to a month ahead of normal. The warm temperatures and unusually early green-up have increased evapotranspiration and heightened the need for soil moisture in areas wrestling with winter-time drought, at a time when crop-water demands are typically minimal.

As reported by the National Weather Service, vegetation has responded rapidly to the unusually warm temperatures, with flowers and trees blooming or in full bloom across east-central Georgia and central South Carolina. Drought conditions continued to improve in California, as the hydrologic systems responded to the precipitation of recent weeks and months, and in the Northeast. Drought and abnormally dry conditions expanded from the Southern Plains and Midwest to the Southeast and Mid-Atlantic coast, reflecting precipitation shortages that have developed over the last one to three months as well as, in the Southeast, worsening hydrological conditions and long-term dryness. 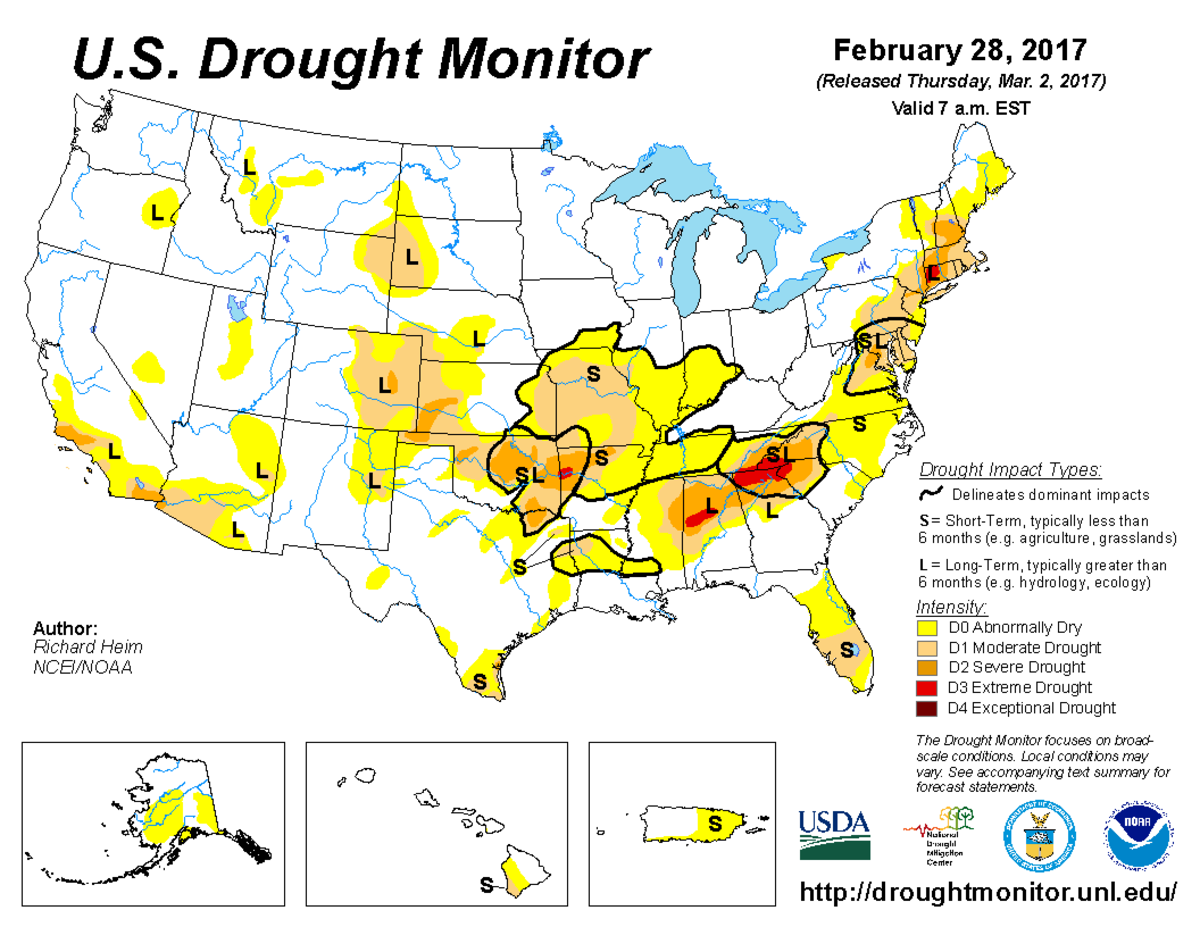 According to the January 29 U.S. Drought Monitor, moderate to exceptional drought covers 14.3% of the United States.

According to the April 30 U.S. Drought Monitor, moderate to severe drought covers 2.6% of the United States.

According to the May 2 U.S. Drought Monitor, moderate to extreme drought covers 5.0% of the contiguous U.S.