According to the February 6, 2018, U.S. Drought Monitor, moderate to extreme drought covers 39.6% of the contiguous United States, an increase from last week’s 38.4%. Extreme drought also increased from 1.7% last week to 2.6%. But, exceptional drought remained absent from the Nation for a 17th consecutive week.

The storm track continued across the northern tier states in a mostly westerly circulation during this U.S. Drought Monitor week, bringing above-normal precipitation to the northern Rockies and Great Lakes regions. An upper-level ridge in the circulation maintained position over the Southwest, keeping much of the West to Southern Plains drier than normal and most of the West warmer than normal.

As the Pacific weather systems crossed the Rockies, they dragged Canadian cold fronts south down the Great Plains to the Gulf Coast and East Coast, and these Canadian air masses gave much of the contiguous United States east of the Rockies a cooler-than-normal week. Some of the fronts tapped Gulf of Mexico moisture to bring widespread rain and snow across the Lower Mississippi Valley to East Coast. As a result, drought and abnormal dryness expanded in the West and Plains where dry weather continued, and contracted in the areas where precipitation was above normal.

Abnormal dryness and drought are currently affecting nearly 167 million people across the United States—about 53.5% of the country’s population. 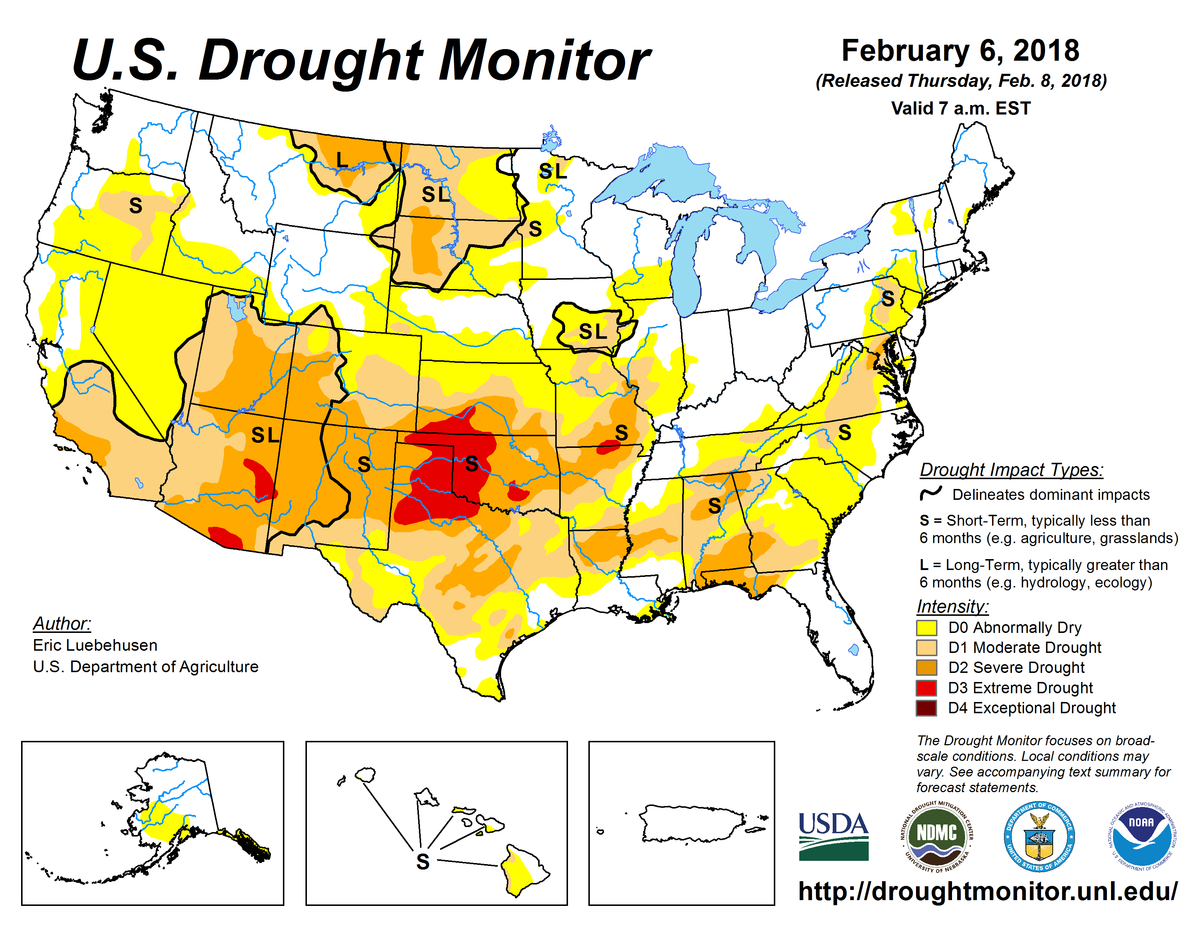 Based on 30 years of climate records, our map shows when you can expect to see temperatures dip to 32°F or below for the last time.

According to the December 5 U.S. Drought Monitor, moderate to extreme drought covers 24.3% of the contiguous U.S.