Pacific weather systems slammed into the West Coast this U.S. Drought Monitor week, bringing several inches of precipitation to the coastal states. But, a fairly flat “zonal” flow at the jet stream level kept the storm track confined to the northern states, with above-normal precipitation occurring only along the West Coast, in the Northern Rockies, and in the Northern Plains along the Canadian border. The rest of the contiguous United States was drier and warmer than normal. 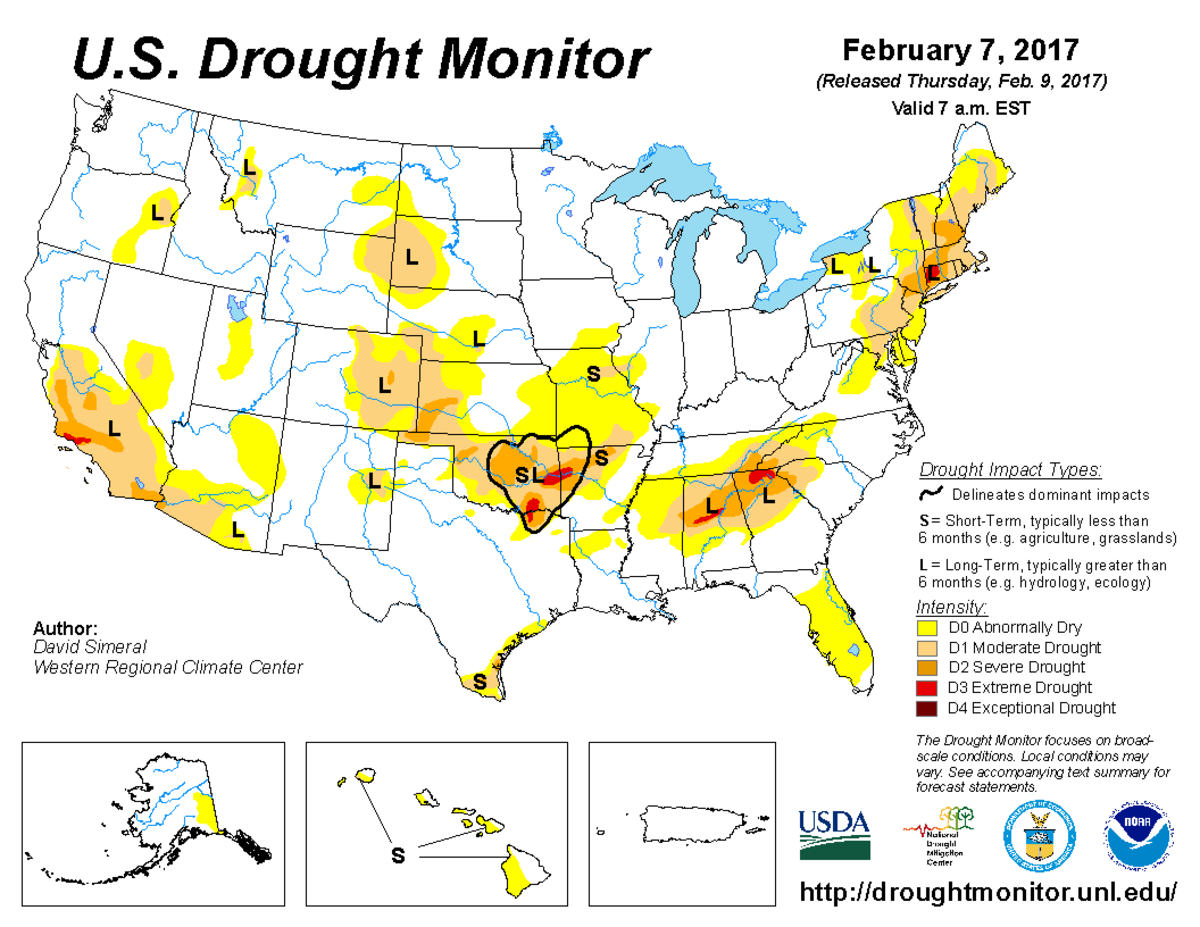 According to the November 7 U.S. Drought Monitor, moderate to extreme drought covers 12.0% of the contiguous U.S.