The upper-level circulation pattern during this USDM week consisted of a fairly typical upper-level ridge over the western CONUS and trough over the East. Pacific weather systems moving in the jet stream flow brought rain and snow to the Pacific Northwest then weakened as they moved further through the western ridge. They were re-energized as they moved into the eastern trough, picking up Gulf of Mexico moisture and spreading above-normal precipitation from the Lower and Mid-Mississippi Valley across the Ohio Valley.

The Southwest and most of the Plains received little to no precipitation, and precipitation that fell across the Gulf Coast, East Coast, and interior Northeast was below normal. Weekly temperatures were near to warmer than normal along the Gulf Coast and beneath the ridge across most of the West. Cold fronts pulled frigid Canadian air behind them, resulting in a colder-than-normal week across the northern tier states to the southern Plains and Appalachians. Drought expansion and intensification occurred in the southern and central Plains and along the Gulf of Mexico Coast. Drought contracted or was reduced in intensity across parts of the West, Lower Mississippi Valley, and Mid-Atlantic Coast. Overall, expansion was more than contraction, with the nationwide moderate to exceptional drought area increasing this week.

Abnormal dryness and drought are currently affecting over 149 million people across the United States including Puerto Rico—about 47.9% of the population. 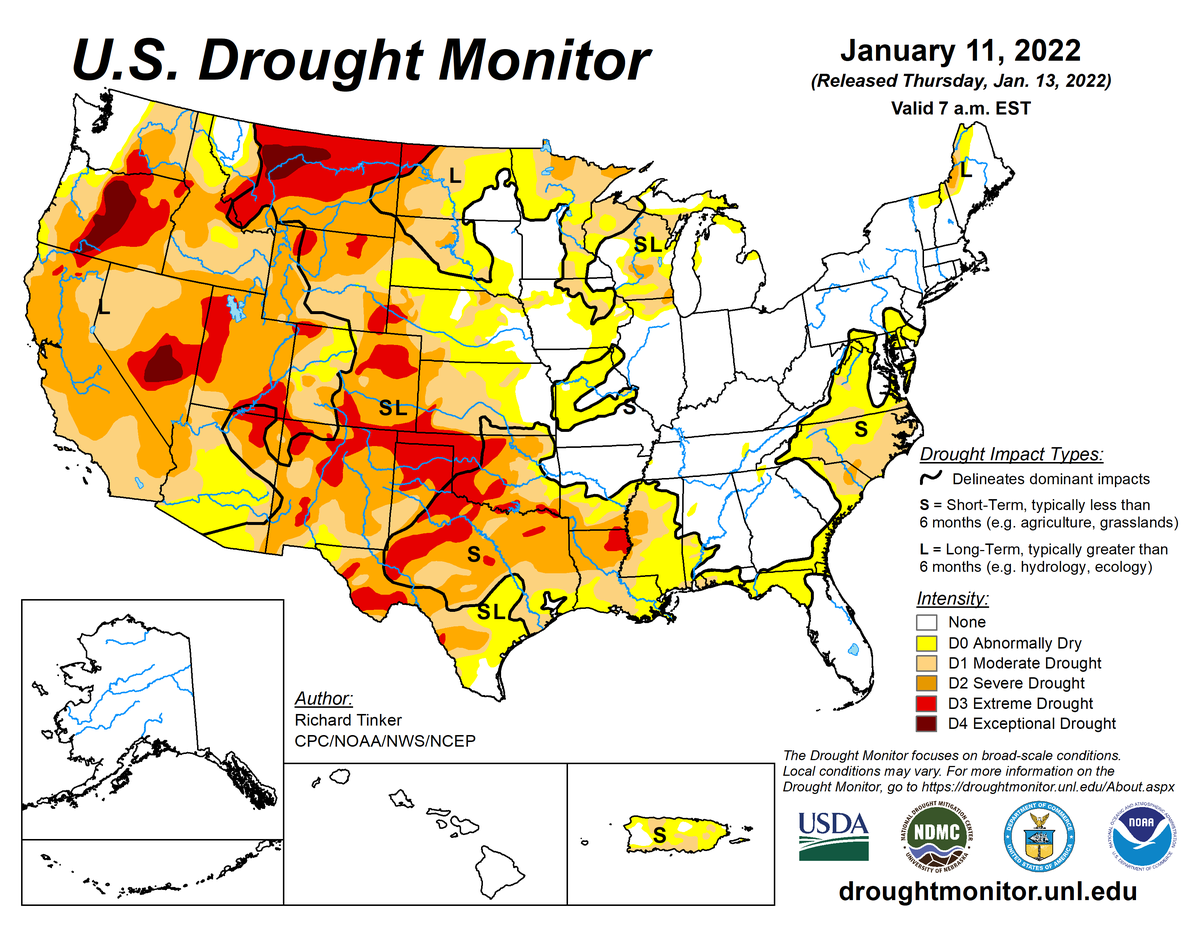