The upper-level circulation continued the pattern of a long-wave ridge over the western contiguous United States with numerous Pacific weather systems moving through the pattern in the jet stream flow. These weather systems, or upper-level short-wave troughs, weakened as they crossed the western ridge and were rejuvenated once they reached the Plains and moved eastward. A couple developed into intense closed lows, resulting in a deep upper-level trough over the eastern contiguous United States.

The long-wave ridge kept temperatures warmer than normal across most of the contiguous United States, while the eastern trough brought cooler-than-normal temperatures to parts of the southern Plains and Southeast. The main storm track kept to the north, so above-normal precipitation was confined mostly to the northern tier states while little to no precipitation fell across the southern contiguous United States.

With wet weather mostly in the north, drought and abnormal dryness contracted in parts of the Pacific Northwest and northern Plains, while expansion occurred in other parts of the Pacific Northwest, northern and southern Plains, and Southeast. Drought expansion exceeded contraction, so the overall U.S. drought footprint increased slightly this week.

Abnormal dryness and drought are currently affecting over 117 million people across the United States including Puerto Rico—about 37.7% of the population. 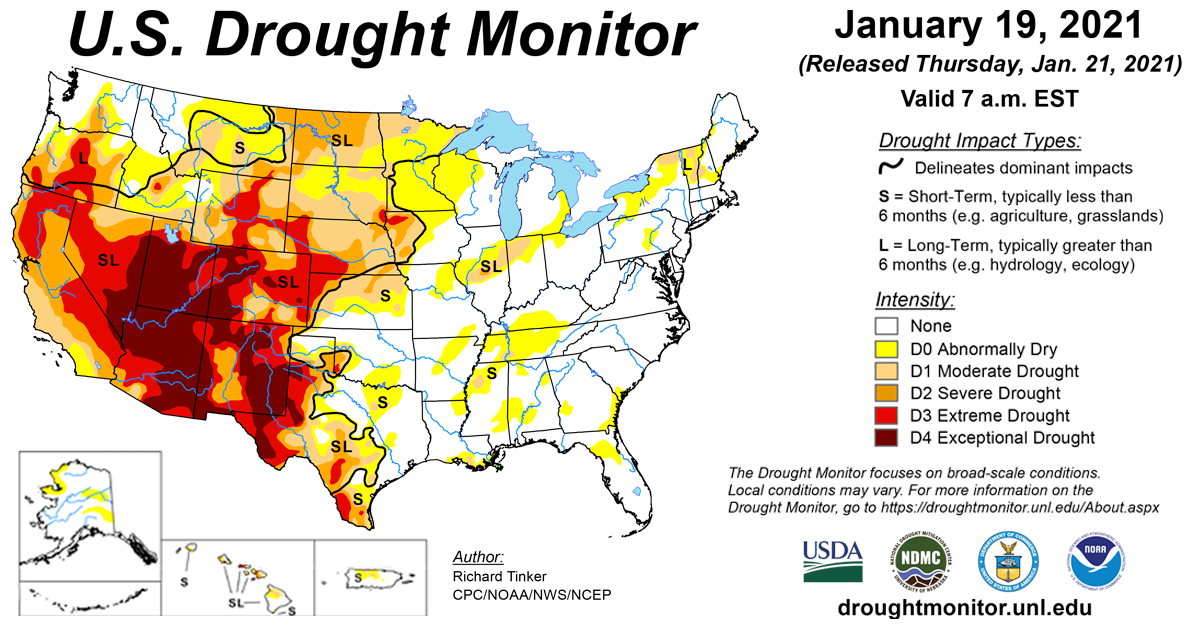