Temperatures were near to warmer than normal for the week beneath the ridge in the West, while cold Canadian air masses followed strong cold fronts to spread below-normal temperatures across most of the contiguous United States east of the Rockies.

Drought expansion and intensification occurred in parts of the Great Plains to Mid-Mississippi Valley. Drought contracted or was reduced in intensity across parts of the Lower Mississippi Valley and Mid-Atlantic Coast. Overall, expansion slightly exceeded contraction over the contiguous United States, with the nationwide moderate to exceptional drought area increasing a little this week.

Abnormal dryness and drought are currently affecting over 139 million people across the United States including Puerto Rico—about 44.9% of the population. 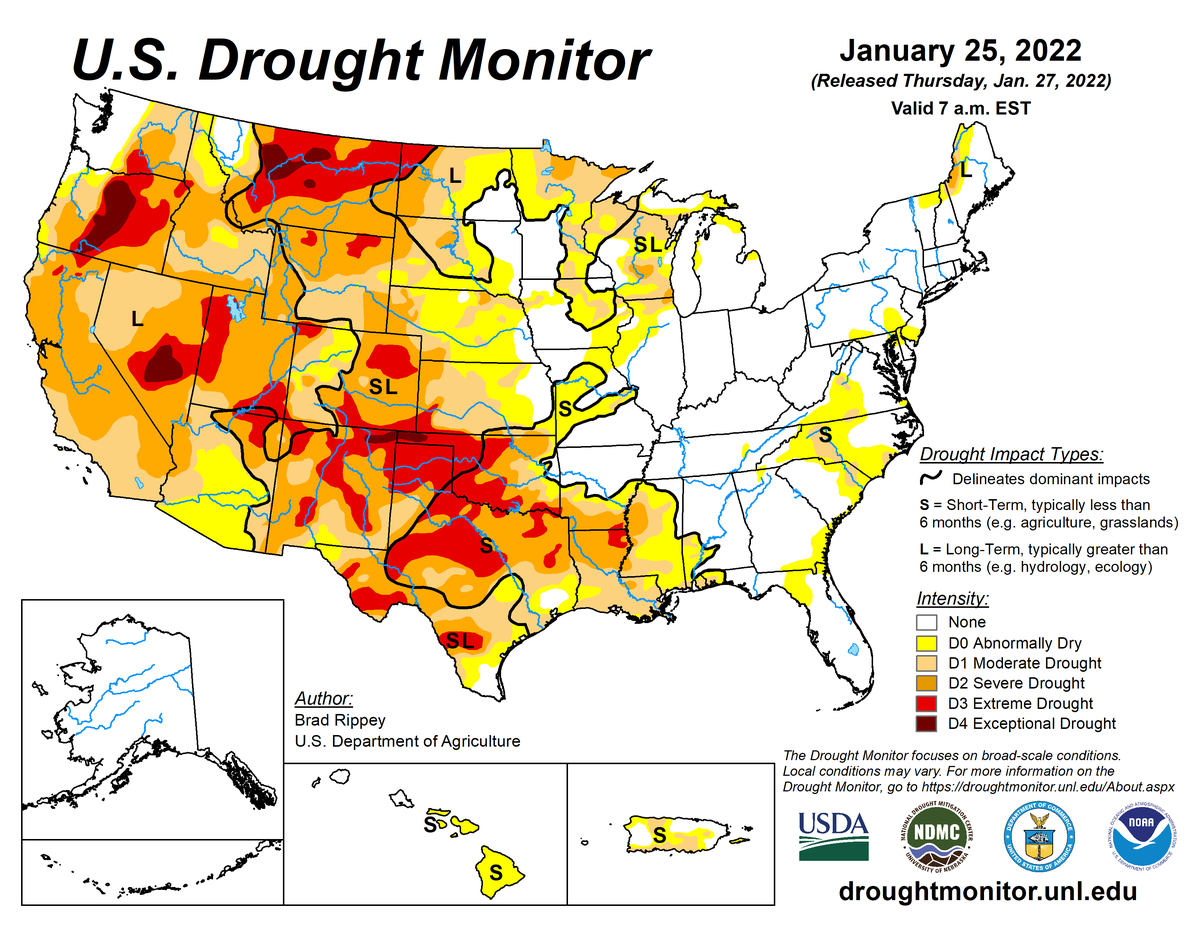 According to the June 8, 2021, U.S. Drought Monitor, moderate to exceptional drought covers 37.8% of the United States including